PO3 Phyllis Maynard
1.83K
53
15
20
20
0
https://www.google.com/amp/s/http://www.wsj.com/amp/articles/students-defrauded-by-for-profit-colleges-can-seek-loan-forgiveness-judge-rules [login to see]
In addition to civilian parents and students, any military family or veteran family who is loaded down with college loans for what seems to be "no good reason" graduation should not have happened in four years, the law has described the dilemma. As a veteran, when my son entered college in 2007, graduating in 2011 was not an issue in his mind because he was 4.0 academic performer in honors High School classes, he was a science genius, and entered college as a Science, Technology, Engineering, Mathematics Scholarship (STEM) student. Everything was smooth for him until he started getting pinged for being a Veteran's child coming in with other benefits. I got involved with the college administration, as the issue evolved into something very suspicious. In the month of December, after watching a local news report on the thousands of students that had been Defrauded by for-profit colleges, I called the US Department of Education for clarity. What was done to my son falls in that venue. In addition, as a doting, heartbroken mother, I kept all of his formulas, notebooks, homework and tests that clearly showed his academic success. It has taken thirteen years to find a venue to expose what was done to him. If anyone suspects they have been victim to this education defrauding, contact the US Department of Education or go online and the application to file a complaint and request relief feedback.studentaid.ed.gov My son was excelling in the discipline Molecular Biology and heading to Medical School. 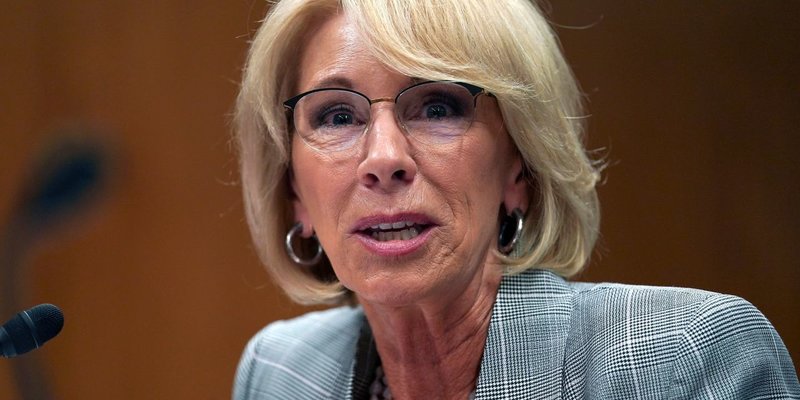 Posted from google.com
Posted in these groups:

SFC (Join to see)
Posted 3 y ago
I am for these actions against predatory colleges, and make no mistake about it: all colleges are “for profit” even state owned. MHO
(4)
Comment
(0)
show previous comments

PO3 Phyllis Maynard
3 y
SFC (Join to see) I am very proud of him because he did not choose to let this injustice destroy his humanity or dreams of making another dream. We have to be very careful and this demonstrates why we should have support systems that we can turn to for advice and expertise. Thank you.
(2)
Reply
(0)

Maj John Bell
3 y
If "colleges" are peddling "BS" sheepskins, it seems to me that there is fraud and problems with truth in advertising. That certainly justifies criminal and civil liability actions against those involved in perpetuating the fraud and false advertising.

I can't read the article past the "pay" wall. From the headline and the fragment I am allowed to read, it seems that the actions are against the taxpayer. I do not believe that taxpayers should be required foot the bill for someone else's poor choices as a consumer.
(1)
Reply
(0)

SFC (Join to see)
3 y
SFC (Join to see) Exactly. I think the term "predatory schools" is a much better term to use to describe these types of issues and institutions. "For-profit" tends to be the go-to term that can shield traditional schools from their necessary shame and unrightfully blame modern schools for issues they weren't involved in.
(1)
Reply
(0)

CPT Jack Durish
Posted 3 y ago
There they go again. Thanks for the warning. Once upon a time, the law functioned (quite well) under the principle of caveat emptor (let the buyer beware). And if buyers were defrauded, the one who defrauded them would be forced to refund the purchase price as well as damages if any. There might even be punitive damages. Sadly, we tossed that for caveat vendor - let the seller beware - and business must proceed under the assumption of guilt. Even more insane, we have a court ruling taxo turum - let the tax payer beware. You financed a bad deal, now you pay for it.

[Note: Feel free to correct my Latin. That was just a guess]
(4)
Comment
(0)
Show More Comments
Read This Next
RallyPoint Home