SFC (Join to see)
1.64K
13
7
4
4
0
Officials on Thursday released the names of two Texas Army National Guard soldiers who died after their AH-64 Apache crashed into the water off the Bayport Cruise Terminal near La Porte, Texas.

•Chief Warrant Officer 3 Dustin Lee Mortenson, 32, of League City, Texas. Mortenson was an aviation material officer. He is survived by his wife, Ruth Mortenson.
•Chief Warrant Officer 2 Lucas Maurice Lowe, 33, of Hardin, Texas. He was an aircraft maintenance officer. Lowe is survived by his wife, Kami Bush.
Both aviators died from injuries sustained when their Apache crashed. They were assigned to the 1-149th Attack Reconnaissance Battalion, of the Texas Guard's 36th Infantry Division.

The incident happened about 3:50 p.m. Wednesday. Witnesses said the aircraft broke apart in the air before it went down. Debris and a small oil slick were on the bay, and a piece of the helicopter's blade was found on land near the crash site.

The men were on a routine training mission, officials said.

"The loss of these Guardsmen will be deeply felt across our entire force," said Air Force Maj. Gen. John Nichols, the adjutant general of the Texas Guard, in a statement. "Our top priority remains with supporting their families and all investigative efforts."

Investigators from the Army's Combat Readiness Center, out of Fort Rucker, Alabama, will lead the investigation into the crash.

Texas Guardsmen remained on the scene Thursday evening in support of the Department of Public Safety to assist in recovering the aircraft and securing the site, officials said. 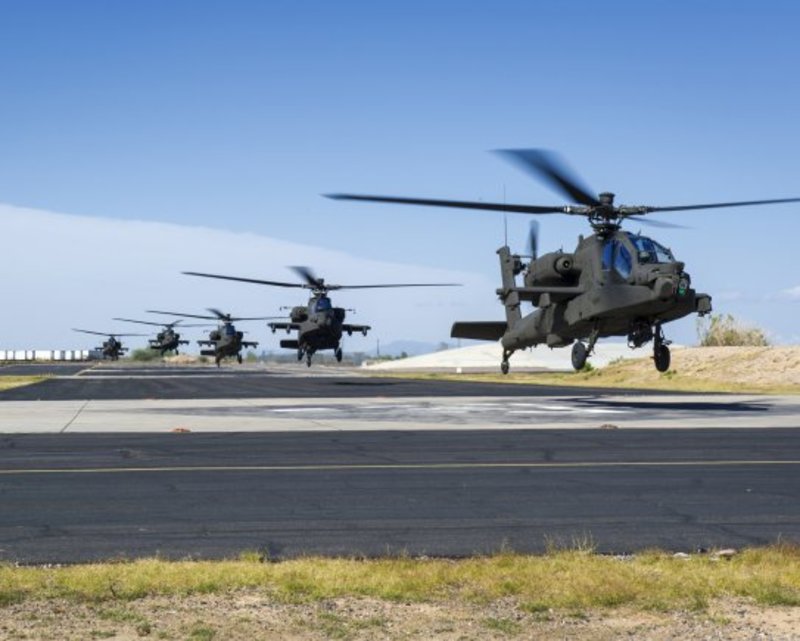 SGT (Join to see)
Posted 4 y ago
Grrrrr As an Apache guy this makes me upset that we lost two great aviators.

The aircraft breaking apart in mid-air gives me cause for concern.

Will be praying for the amilies along with keeping up with the Safety Center on this.
(2)
Comment
(0)

SMSgt Dr. G. A. Thomas
Posted 4 y ago
Sad to hear our troops dying especially when not engaged in battle
(2)
Comment
(0)

SGT David A. 'Cowboy' Groth
Edited 4 y ago
Posted 4 y ago
Thank you for the notification . Rest in Peace brothers.
(1)
Comment
(0)
Show More Comments
Read This Next
RallyPoint Home