The Cranky History Behind the Settlement of Rhode Island

"The Cranky History Behind the Settlement of Rhode Island

The colony of Rhode Island was founded between 1636 and 1642 by five separate and combative groups, most of whom had been expelled or left the Massachusetts Bay colony for disputative reasons. The colony was first named "Roodt Eylandt" by Dutch trader Adriaen Block (1567–1627), who had explored that area for the Netherlands. The name means 'red island' and it refers to the red clay that Block reported there.

Fast Facts: Rhode Island Colony
Also Known As: Roodt Eylandt, Providence Plantations
Named After: "Red Island" in Dutch, or perhaps after Rhodes
Founding Year: 1636; permanent charter 1663
Founding Country: England
First Known European Settlement: William Blackstone, 1634
Residential Native Communities: Narragansetts, Wampanoags
Founders: Roger Williams, Anne Hutchinson, William Coddington, William Arnold, Samuel Gorton
Important People: Adriaen Block
First Continental Congressmen: Stephen Hopkins, Samuel Ward
Signers of the Declaration: Stephen Hopkins, William Ellery
Early Settlements / Plantations
Although the Puritan British theologian Roger Williams (1603–1683) is often given the sole role of founder of Rhode Island, the colony was in fact settled by five independent and combative sets of people between 1636 and 1642. They were all English, and most of them began their colonial experiences in Massachusetts Bay colony but were banished for various reasons. Roger Williams's group was the earliest: in 1636, he settled in what would become Providence on the north end of Narragansett Bay, after he was kicked out of the Massachusetts Bay colony.

Roger Williams had grown up in England, only leaving in 1630 with his wife Mary Barnard when the persecution of Puritans and Separatists began increasing. He moved to the Massachusetts Bay Colony and worked from 1631 to 1635 as a pastor and a farmer. Although many in the colony saw his views as quite radical, Williams felt that the religion he practiced must be free from any influence of the Church of England and the English king. In addition, he questioned the right of the King to grant land to individuals in the New World. While serving as a pastor in Salem, he had a fight with the colonial leaders, because he believed that each church congregation should be autonomous and should not follow directions sent down from the leaders.

Founding of Rhode Island
In 1635, Williams was banished to England by the Massachusetts Bay Colony for his beliefs in the separation of church and state and freedom of religion. Instead, he fled and lived with the Narragansett Indians in what would become Providence Plantation (meaning "settlement"). Providence, which he formed in 1636, attracted other separatists who wished to flee from colonial religious rules of which they did not agree.

One such separatist was the poet and feminist Anne Hutchinson (1591–1643), another Puritan from Massachusetts Bay, who began Pocasset on Aquidneck Island in 1638, which eventually became Portsmouth. She had been banished for speaking out against the Church in Massachusetts Bay. William Coddington (1601–1678), a magistrate at Massachusetts Bay, settled first in Pocasset but split from Hutchinson's group and settled in Newport, also on Aquidneck Island, in 1639. In 1642, Massachusetts Bay ex-patriot William Arnold (1586–1676) settled on the mainland in Pawtuxet, now part of Cranston. Finally, Samuel Gorton (1593–1677) settled first in Plymouth, then Portsmouth, and then Providence, and finally set up his own group in Shawomet, later renamed to Warwick in 1642.

A Charter
Political and religious squabbling was a common feature of these small plantations. Providence evicted people for speaking out in meetings; Portsmouth had to hire two police officials in late 1638 to keep the peace; a small group of people from Shawomet were arrested and brought forcibly to Boston where they were tried and convicted on various charges. William Arnold fell into dispute with Warwick plantation and for a time put his plantation under the jurisdiction of Massachusetts Bay.

These disputes were primarily were struggles over religious practices and governing, in addition to boundary issues with Connecticut. Part of the problem was they had no charter: the only "legitimate authority" in Rhode Island from 1636–1644 was the voluntary compacts which everybody but Gorton's group had agreed to. Massachusetts Bay kept intruding into their politics, and so Roger Williams was sent to England to negotiate an official charter in 1643.

Uniting the Colony
The first charter was validated by British Lord Protector Oliver Cromwell in 1644 and that became the basis of government in Rhode Island colony in 1647. In 1651, Coddington obtained a separate charter, but protests led to the reinstatement of the original charter. In 1658, Cromwell died and the charter had to be renegotiated, and it was on July 8, 1663, that the Baptist minister John Clarke (1609–1676) went to London to get it: that charter united the settlements into the newly named "Colony of Rhode Island and Providence Plantations."

Despite the conflict, or perhaps because of it, Rhode Island was quite progressive for its day. Known for fierce independence and the absolute separation of church and state, Rhode Island attracted persecuted groups such as Jews and Quakers. Its government guaranteed freedom of religion for all its citizens, abolished witchcraft trials, imprisonment for debt, most capital punishment, and chattel slavery of both blacks and whites, all by 1652.

The American Revolution
Rhode Island was a prosperous colony by the time of the American Revolution with its fertile soil and ample harbors. However, its harbors also meant that after the French and Indian War, Rhode Island was severely impacted by British import and export regulations and taxes. The colony was a frontrunner in the movement towards independence. It severed ties before the Declaration of Independence. Although not a lot of actual fighting occurred on Rhode Island soil, except for the British seizure and occupation of Newport until October 1779.

After the war, Rhode Island continued to show its independence. In fact, it did not agree with the federalists and was the last to ratify the U.S. Constitution—after it had already gone into effect, and the government had been established." 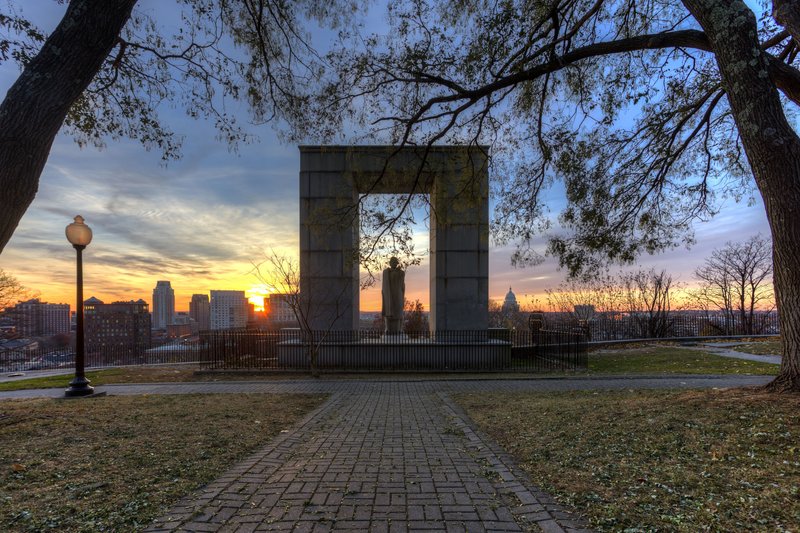 The Cranky History Behind the Settlement of Rhode Island

Lt Col Charlie Brown
Posted >1 y ago
This is a great history share. Rarely is much taught about the colony other than just small bits.
(2)
Comment
(0)