The time for military justice reform is now

SFC (Join to see)
1.84K
15
5
5
5
0
This week, Sen. Kirsten Gillibrand, D-NY, introduced for the third time the Military Justice Improvement Act, designed to create a fair and impartial military justice system. The legislation would reform military justice by empowering independent and experienced senior military attorneys to make prosecution decisions, rather than commanders, as is the current process. This common-sense reform to modernize the military criminal justice system is not only vital, but is also consistent with American Bar Association standards, which state the “prosecution function should be performed by a public prosecutor who is a lawyer.” Inexplicably, military leadership has engaged in multiyear campaign to ensure someone other than a lawyer controls the prosecution function.

The signers of this opinion piece represent a diverse group of military members who call on Congress to finally pass MJIA. We write this as concerned citizens who have served in the military as commanders, as prosecutors, as defense counsel and as victims’ advocates. One of us was a military judge. Another currently represents those accused of crimes in the military. And one was sexually abused while serving her country. Based on our decades of military experience, we have all reached the same conclusion: It is time to fundamentally reform military justice.

For some, we have reached this conclusion based on our belief that the command-based justice system is too often hostile to victims. For others, it is the fear that prosecution decisions are often based on political expediency that erodes fundamental due process, such as the presumption of innocence. All of us share in the common goal that the prosecution decision be based on the facts and the law, not the bias of command relationship with an accused or a victim or the prejudice of stereotypes.
In the military, commanders control the prosecution function and make the ultimate decision as to whether someone accused of crime will face trial. The suspect’s immediate commander is the starting point of military justice, and that commander always knows the accused and often knows the victim in a military sex assault case. The knowledge of the parties will necessarily color the commander’s perception of the case and the commander’s view of the suspect’s guilt or innocence. Such a system runs counter to our notion of blind justice. The chain-of-command leans heavily on the immediate commander’s assessment in making the ultimate decision to prosecute, and none of the commanders involved in the process are lawyers.

Criminal trials are complex and require years of experience to master. There is a reason why the ABA believes lawyers should be in charge of the prosecution function, but the current system gives those least legally qualified in the process the most power, the commanders. This is not an anti-commander sentiment. Instead, it is a simple acknowledgement that commanders are not lawyers, nor are they philosopher-kings. They are, in fact, wonderfully talented at their primary job, whether it is leading a squadron of pilots or a battalion of infantry. These talents are not a substitute for the rigors of law school, years of litigation practice and the adherence to ethical standards to become a senior prosecutor.
Sen. Gillibrand seeks to do one thing and that is empower the most qualified to make the difficult decision of evaluating evidence and its relationship with the law. Sexual assault and rape have brought the need for reform to national consciousness and serves as constant reminder of the failure of the current system both for the accused and the victim. Yet, in a troubling effort to stop reform, commanders have taken to testifying before Congress, bragging that they often send cases to trial when the legal advice is the evidence is insufficient. It is abhorrent that any American faces a criminal trial when the charges are not supported by the evidence. It is surely nothing to be proud of, and show trials are as abusive to our values as is turning a blind eye to crime. Both are an affront to our notion of justice.

When America’s parents send their sons and daughters to the military, they must have confidence that those accused of crimes will receive a fair trial and those who are victims of crimes will be treated with respect. Today, they cannot be certain of these fundamental requirements. The military’s continuing obstruction of reform will result in parents who no longer are willing subject their children to such abuse. Passage of MJIA is vital to ensure this doesn’t happen.

* Affiliation shown for identification purposes only

The views expressed here do not necessarily represent those of Military Times or its editorial staff. 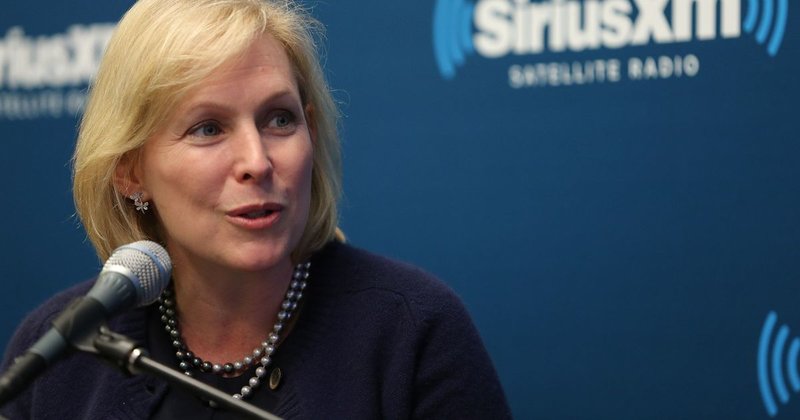 The time for military justice reform is now

LTC Stephen F.
Posted >1 y ago
Legislation will not make anything really change in the way the military justice system works SFC (Join to see).
Legislation could be effective if it was to update the UCMJ and the criminal code which are areas which only Congress can influence and change.
Sen. Kirsten Gillibrand, D-NY is doing what liberals tend to do preen for the cameras and talk about changing behavior through legislation.
(4)
Comment
(0)

CSM Charles Hayden
Posted >1 y ago
S SFC (Join to see) Agreed, time for reform of military justice, too many eyebrows are being raised. Please, honest, equal and fair application of the UCMJ!
(2)
Comment
(0)

SMSgt Dr. G. A. Thomas
Edited >1 y ago
Posted >1 y ago
SFC (Join to see) Looks to be a good move! Too much power can corrupt!
(2)
Comment
(0)
Show More Comments
Read This Next
RallyPoint Home