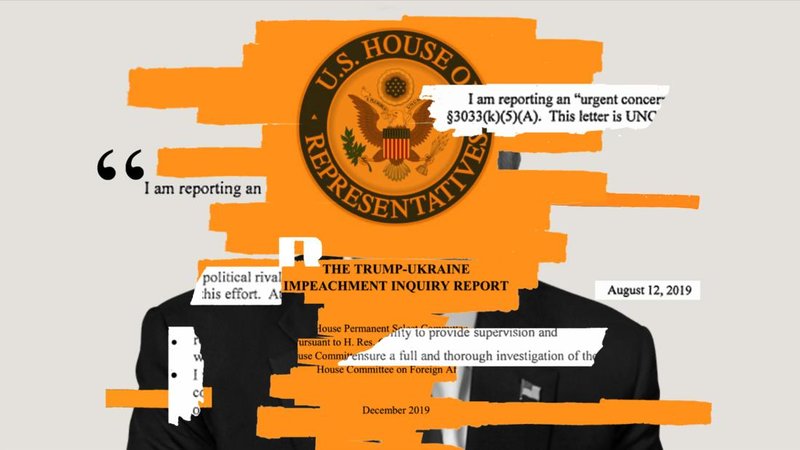 Posted from cnn.it
Posted in these groups:

SSgt Richard Kensinger
Posted >1 y ago
Watched a representative amount. Here are my clinical observations.
The US Incivility War is intensifying due to deep political divisiveness of political partisanship. This will take even longer to heal from but probably not in my lifetime. Certainly glad I did not choose politics as my profession!!

Democrats focus sharply on the facts; republicans mainly on the process w/ intense emotions. At a clinical level we refer to this as "high negatively expressed emotionality". They will not vote for impeachment, and the republicans senators will not remove him.
Rich
(1)
Comment
(0)

LTC Joe Anderson (Taz or Joe Retired Now in Contract Compliance)
>1 y
I agree with MOST of what you posted SSgt Kensinger.
(1)
Reply
(0)

Cpl Mark McMiller
>1 y
"Democrats focus sharply on the facts"? What facts? The House Democrats' impeachment case relies on a bunch of presumptions. Presumptions are, by their very nature, not facts. It's liberals who generally make decisions based on feelings, not logic. At a clinical level, what you are doing in your post is is called, "psychological projection."
(0)
Reply
(0)

SSgt Richard Kensinger
>1 y
Indeed I am projecting my clinical views as they are fact-based. I understand that acknowledging the facts about POTUS are painful. What are your clinical qualifications?
Rich
(0)
Reply
(0)

LTC Joe Anderson (Taz or Joe Retired Now in Contract Compliance)
Posted >1 y ago
The Trump-Ukraine impeachment inquiry report opens with; The President subverted U.S. foreign policy toward Ukraine and undermined our national security. I guess all presidents are guilty since the President, not the Department of State, sets U.S. foreign policy. That statement alone claims he undermined the power and authority of an established system or institution. So Congress is trying to say the President answers to the Department of State when setting U.S. foreign policy. In using the word subverted the House Democrats are saying because the Department of State is an established institution, the President words or actions criticized, undermined, or changed the usual way that institution was doing business/executing Foreign Policy and, that it was wrong for him to change policy. If so, any president, not just this one, will be guilty of this if they alter/change foreign policy.

The "Shift shows" 300 page report is flawed from the 1st paragraph and gets weaker as it painstakingly rambles on. Unless we want to impeach every president from here on out because we don't like them, or a because a particular party lost, Americans Democrats and Republicans alike should not support this. Supporting this farce opens EVERY president from here on to the threat of impeachment solely because the losing party doesn't like the president. For those seeking to end our way of life; Great strategy to split the country and erode at our unity. "United we stand, Divided we fall." If we continue on our present course, we will hasten our fall. Our enemies and the Jackals who would like to attack us are frothing at the mouth and just waiting for us to turn on each other. It's the only way they can beat us.

The country can survive a bad (Depending on your perspective or opinion, he could be a good one) president. It can't and won't survive this over time. We can't have parties overturning the vote simply because they disagree with it. If this succeeds in time, it will end our Democratic Republic. Impeachment was not meant to be used as a political tool solely to overturn an election. During an interview given on December 6th, 2019, Congressman Al Green eluded that he has already started drafting the article for the next impeachment in 2021 and or 22. If this fly's as an SOP for removing a president when a party loses an election I guarantee there's a far-right senator or congressmen drafting article of impeachment for the next democratic president, The only thing that will be needed is to fill in the blanks for the presidents name, date, identifying information, and add supporting gibberish.

I am not a Republican. I'm an Independent. As I've stated in a few other posts around this site, I have voted for 2 democrats, 2 republicans (I voted for one of those Republicans twice), and 2 independence for a total of 7 presidential elections in my lifetime. I vote for the person not the party. This two-party partisanship is killing us. Vote Biden? "Common Man." Biden is too stupid to gain my vote.
(0)
Comment
(0)
Read This Next
RallyPoint Home