Treaty of Paris 1898: The End of the Spanish-American War

The Spanish-American War
The 1898 war between the United States and Spain came after three years of fighting by Cuban rebels to win independence from Spain. Happening so close to the coast of Florida, the conflict in Cuba transfixed Americans. Concerns for U.S. economic interests in the region, along with the American public’s outrage over the brutal tactics of the Spanish military spurred public sympathy for the Cuban revolutionaries. With tensions between the U.S. and Spain growing, the explosion of the U.S. battleship Maine in Havana harbor on February 15, 1898 brought the two nations to the brink of war.

On April 20, 1898, the United States Congress passed a joint resolution acknowledging Cuban independence, demanding that Spain abandon its control of the island, and authorizing President William McKinley to use military force. When Spain ignored the U.S. ultimatum, McKinley implemented a naval blockade of Cuba and called for 125,000 U.S. military volunteers. Spain declared war on the United States on April 24, and the U.S. Congress voted to declare war against Spain the next day.

The first battle of the Spanish-American War was fought on May 1, 1898 in Manila Bay, where U.S. naval forces defeated the Spanish armada defending the Philippines. Between June 10 and June 24, U.S. troops invaded Cuba at Guantanamo Bay and Santiago de Cuba. With the Spanish Army in Cuba defeated, the U.S. Navy destroyed the Spanish Caribbean armada on July 3. On July 26, the Spanish government asked the McKinley administration to discuss terms of peace. On August 12, a cease-fire was declared with the understanding that a peace treaty must be negotiated in Paris by October.

Negotiations in Paris
Peace negotiations between representatives of the United States and Spain began in Paris on October 1, 1898. The American contingent demanded that Spain acknowledge and guarantee the independence of Cuba and transfer possession of the Philippines to the United States. In addition, the U.S. demanded that Spain pay Cuba’s estimated $400 million national debt.

After agreeing to Cuban independence, Spain reluctantly agreed to sell the Philippines to the U.S. for $20 million. Spain also agreed to pay back the $400 million Cuban debt by transferring possession of Puerto Rico and the Mariana island of Guam to the United States.

Spain demanded that it be allowed to retain possession of the Philippines capital city of Manila—which had been captured by U.S. forces hours after the August 12 cease-fire had been declared. The United States refused to consider the demand. Representatives of Spain and the U.S. signed the treaty on December 10, 1898, leaving it up to the two nation’s governments to ratify it.

While Spain signed the agreement days later, ratification was strongly opposed in the U.S. Senate by senators who viewed it as instituting an unconstitutional policy of American “imperialism” in the Philippines. After weeks of debate, the U.S. Senate ratified the treaty on February 6, 1899 by a single vote. The Treaty of Paris took effect on April 11, 1899, when the U.S. and Spain exchanged documents of ratification.

Significance
While the Spanish-American War had been short in duration and relatively inexpensive in terms of dollars and lives, the resulting Treaty of Paris had a lasting impact on both Spain and the United States.

While it suffered initially from the terms of the treaty, Spain eventually benefited from being forced to abandon its imperialistic aspirations in favor of focusing on its many long-ignored internal needs. Indeed the war resulted in a modern Spanish renaissance in both its material and social interests. The post-war period in Spain saw rapid advances in agriculture, industry, and transportation over the following two decades.

As Spanish historian Salvador de Madariaga wrote in his 1958 book Spain: A Modern History, “Spain felt then that the era of overseas adventures had gone, and that henceforth her future was at home. Her eyes, which for centuries had wandered to the ends of the world, were at last turned on her own home estate.”

The United States—whether intentionally or not—emerged from the Paris peace talks as the world’s newest superpower, with strategic territorial possessions stretching from the Caribbean to the Pacific. Economically, the United States profited from the new trade markets it gained in the Pacific, Caribbean, and the Far East. In 1893, the McKinley administration used the terms of the Treaty of Paris as partial justification for annexing the then-independent Hawaiian Islands." 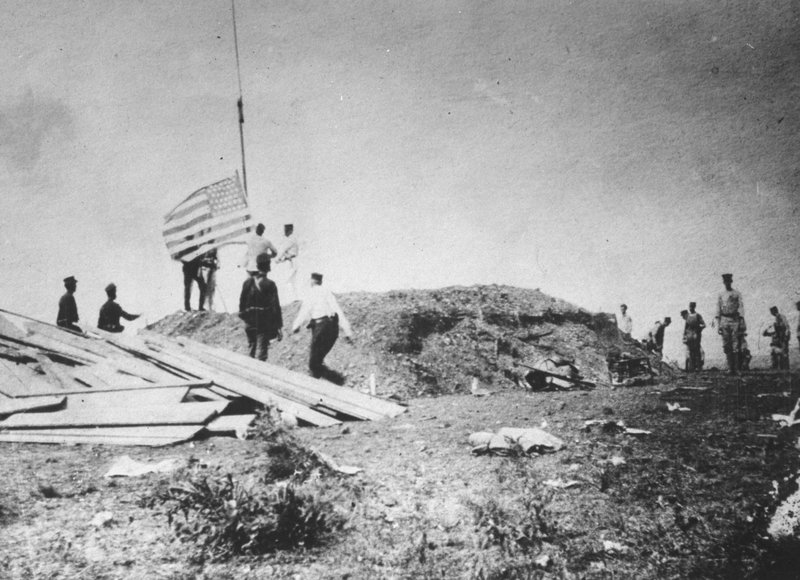 Treaty of Paris 1898: The End of the Spanish-American War