You see, every time in history when a nation forgets or mistreats those that actually do the fighting to keep the enemy at bay will soon not have those individuals willing to sacrifice everything. Then you end up with a draft.

A conscription of those who do not wish to be a part of the military and who do not wish to sacrifice everything they have including their very lives, in defense of the homeland. This is when you have desertion in large numbers on the battle field. The non-volunteer soldier thinks that what they do will not be rewarded or appreciated by the general public so they decide not to risk their own lives for such ungrateful citizenry and they flee.

Today, in the United States, we are doing this to our men and women of the military. Those that populate the Army, the Navy, the Marines, the Air Force and even the Coast Guard. These people put everything on the line yet they get little pay in return. They often get poor medical treatment at substandard facilities. We have seen the news reports of how bad the VA Hospital system is yet you probably think they are still getting their care for free. Well, they don’t get that substandard care for free. Yes the vet has to pay at least a portion of his care out of his own pocket. His own pocket!

Yet the welfare mother gets far better treatment at the local clinic. Their welfare benefits sometimes are greater than the compensation given to our military. In fact, we treat our military with such disdain that often times, young military families are forced to apply for and obtain Food Stamps and other welfare programs. These are ambitious and well trained individuals who eventually see the light and realize that the citizenry do not care for them at all. They are treated worse than dogs in some cases. They decide they will not put their lives and their families’ lives in jeopardy for such an ungrateful mass. They decide to leave the service, often as early as they can. Taking with them their experience, their training and their dedication and never to return.

You may say that they volunteer to do the job and that they know the risk. But let me ask you, what will you do when nobody, and I mean nobody is willing to volunteer to do that job? Will you volunteer? Why not? Most likely it will be because you know how poorly you treated those who came before you and thus you would never subject yourself to such treatment.

You elect the officials who treat our military vets with disdain and dishonor and only you can elect officials who will reverse that trend. After all, if you don’t start believing that our veterans deserve all we can give them, you soon won’t have anything at all to keep because you won’t have a free nation that allows you to have what you have.

So let me ask you, if you won’t volunteer to keep you, your family, your neighborhood, your state, your nation safe and free, then who do you think will? Maybe we should demand better treatment and pay for those that do volunteer and so we will always have those that will volunteer. 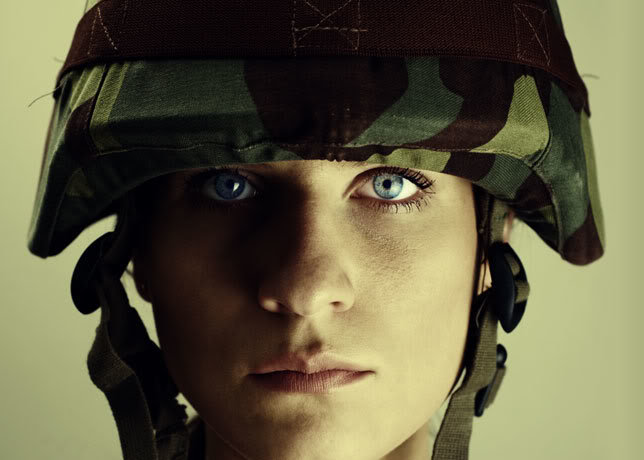 CSM Michael J. Uhlig
Edited 7 y ago
Posted 7 y ago
Overall, I do not agree with this article, the author (a retired LTC) is all over the place here....he is bitter but I bet he enjoys his retirement as compared to the paltry retirement of our NCOs.
(8)
Comment
(0)

LTC John Shaw
Posted 7 y ago
The author has listed no facts to back up his claims, then he jumps to a draft argument when we are turning away volunteers. Sorry but I don't buy the argument.
(2)
Comment
(0)

SGT(P) (Join to see)
7 y
I could not agree more, this is an opinion piece just trying to drive up page hits on the internet, no facts just hot button issues.
(1)
Reply
(0)

SPC (Join to see)
Posted 7 y ago
In some aspects, yes, but putting on a uniform is always more honorable than receiving a free handout. Id rather be a soldier.
(2)
Comment
(0)
Show More Comments
Read This Next
RallyPoint Home