In 2015, as many as 40 airmen will be the first to test a new program allowing them to put their careers on hold for up to three years while they start families, go back to school or pursue other life goals.

And by the end of the year, the next slate of 40 airmen will be chosen to begin sabbaticals in 2016.

The Air Force turned heads in early 2014 when it announced plans to test a Career Intermission Pilot Program — similar to one offered by the Navy — which would allow 20 officers and 20 enlisted airmen annually to temporarily leave the service for personal or professional reasons, for up to three years. Those airmen would enter the Individual Ready Reserve during their time off, and when they return, their year groups would be reset to ensure their careers don't suffer while they're away.

The application period for the initial CIPP class closed in October, and the Air Force is expected to announce the results this month.

In a Dec. 2 interview, Brig. Gen. Brian Kelly, the Air Force's director of military force management policy, said that the Air Force and Defense Department hope to begin expanding the program over the next few years — not just for the Air Force, but other services as well.

While the Air Force's program is now limited to 40 airmen each year, Defense is asking Congress for permission to offer sabbaticals to more, Kelly said.

"I think we'll all be watching to see how well it goes, and making sure the first people through as our test case, that it's accomplishing what we want to accomplish," Kelly said. "Which is to allow our high-performing airmen an avenue to remain in the Air Force, if they have some other thing in their life. If they're getting out to start a family, if they want to go and pursue advanced education, maybe they're taking care of aging parents. But that CIPP thing will be big."

Kelly said that the Air Force plans to begin discussing the next round of sabbaticals this spring and will begin accepting applications in the summer. The next board will be held in fall to decide which airmen will enter the program. Kelly said that rough schedule will continue in subsequent years. 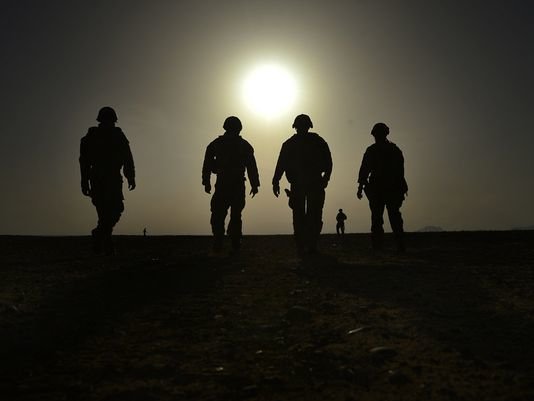 Admiral Ackbar - It's A Trap!

MAJ (Join to see)
Posted 7 y ago
The Army is trying something similar. Great idea. Will turn out to be a disaster for the careers of those who participate.
(7)
Comment
(0)

SGT(P) (Join to see)
7 y
MAJ (Join to see) In the private sector you take a 2 weeks vacations and when you come back you are lost, I wonder how will it be with a 3 years sabbatical.
(4)
Reply
(0)

CPT (Join to see)
Posted 7 y ago
The trick is not to compare yourself to the careers of your peers who didn't take a sabbatical. Of course if you compared personal lives, you could likely see where the sabbatical put you ahead.

As much as people here seem to be panning the idea, there are tons of Soldiers who have a break in service. It is not career suicide. There are some MOSs that I think it would almost require attending AIT again if you were out the full three years, but for most, the changes are not that drastic in that time frame that someone couldn't pick it up. It seems to make more sense to have people stop out as part of a guided program than randomly taking breaks in service (some of whom only return because they didn't know what else to do, not because they really wanted to serve again).

For officers, it is very typical that your assignments are not at all similar. How does someone go from being a aide-de-camp as a 1LT, to getting a Masters degree and teaching at West Point for all of their CPT years, to then being a BDE S2 down range without touching MI since the basic officer course? Damn poorly, but that is exactly what I saw happen. Some of the "broadening" experiences are almost sabbaticals because they are 9-5 at civilian offices with no PT or Army structure. This doesn't tend to be career suicide either as long as they get their schools and KD time in around it.

We are hemorrhaging good people. The Army badly needs to focus on hanging on to the best Soldiers not just making cuts. If the people being given this opportunity are people with a good plan, who we really want to retain, I'm all for it.
(4)
Comment
(0)
Show More Comments
Read This Next
RallyPoint Home