SFC (Join to see)
3.49K
33
6
17
17
0
Some veterans are seeing their credit ruined by using the Veterans Choice health program because the Veterans Affairs Department is not reimbursing participating physicians promptly, forcing them to bill their veteran patients who often can’t pay.

Veterans advocates and House lawmakers said Thursday that veterans using the community care program face long delays in treatment and bad credit because physicians are waiting up to six months for reimbursements from VA and are demanding payment from patients, often forwarding the bills to collection agencies.

Rep. Raul Ruiz, D-Calif., said one of his constituents sought care for pain and orthopedic problems through the Veterans Choice program, but VA did not reimburse the specialists in a timely manner, forcing the veteran to reschedule needed surgeries and deal with aggressive collection agents.

“Now this veteran has damaged health and damaged credit due to the VA,” Ruiz said during a House Veterans' Affairs subcommittee hearing. “This damage that veterans suffer due to the VA’s reimbursement system is irreparable and unacceptable.”

In another case, a veteran in Saginaw, Michigan, needed follow-up care for an eye appointment through Veterans Choice. But while the initial appointment was approved, the needed sight-saving treatment was not. Since approval and payment were delayed, the providing clinic stopped treatment and demanded money from the patient before they would continue, Veterans of Foreign Wars senior legislative associate Carlos Fuentes said.

To solve the issue, VFW contacted the Veterans Choice contractor Health Net Federal Services but was told that treatment could not be approved retroactively. The group then appealed to VA for help, Fuentes said.

“It shouldn’t require our involvement to have this paid,” Fuentes told House committee members.

The Veterans Choice program was launched in November 2014 to give veterans who face lengthy wait times for care or live 40 miles or more from a VA facility the option to see a private physician.

It has come under fire for failing to improve veterans' access to medical treatment since patients continue to face challenges making appointments or receiving approval for care.

Providers have complained about the program as well, citing long delays in payments and disparate reimbursement rates.

In fiscal 2012, VA spent $4.5 billion on care for veterans outside VA hospitals and clinics. That figure rose to $10 billion in fiscal 2015, and the Obama administration has requested $12 billion for community care programs in fiscal 2017.

But despite vast sums of money appropriated for the programs, systemwide problems persist. Earlier this month, the VA Office of Inspector General found that for 64 percent of 450 appointments reviewed at a VA clinic in Colorado Springs, Colorado, veterans waited more than 30 days for care and none were offered a faster appointment through Veterans Choice.

VA officials say they are working to solve the problems, starting with the late payments, by changing requirements of providers to furnish medical documentation along with the bills.

"There should be no administrative burden that stands in the way of veterans getting care,” Yehia said.

VA also is seeking to consolidate its private care programs into a single initiative, the New Veterans Choice program, and has asked Congress for legislative authority to implement the changes needed to jump-start the new program.

As for the veterans facing bad credit, VA officials have written letters to credit bureaus to help restore former service members' credit ratings. The department also introduced a toll-free number, [login to see] , for veterans to call if they have problems with adverse credit reports related to the Veterans Choice program.

"The overly bureaucratic, highly manual claims process … does not meet the standards. Community providers continue to report millions of dollars in past-due, unpaid claims and my office continues to hear regularly from providers who would like to serve veterans but they hesitate to take referrals from the VA because it is so difficult to get paid for their services," Benishek said.

Rep. Mark Takano, D-Calif., said the VA is not entirely at fault for the problems with provider reimbursement.

"A lot of the beating up on the department needs to be put into context," Takano said. "VA was never set up to be an insurer/payer. This is a revolution of sorts. The mindset has been that VA is a provider organization but now we are looking at other approaches, including a permanent program for care in the community, which means setting up a system to do both — a provider and payer organization. Let's make that a distinction." 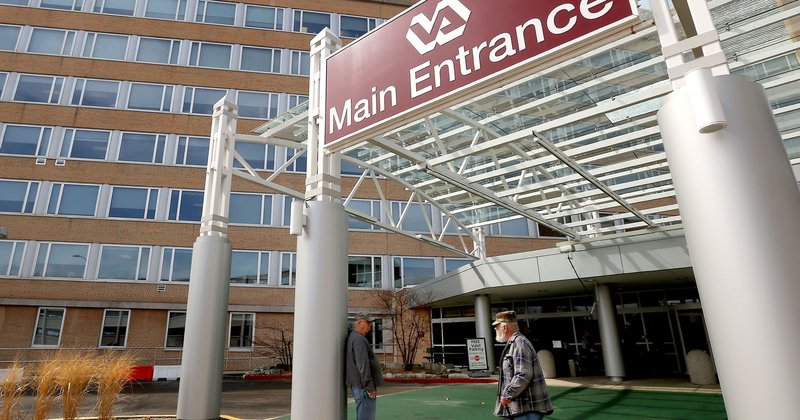 SFC Wade W.
Posted >1 y ago
I am amazed at the continuous failures of VA programs. This was supposed to help our veterans but instead it is causing a long term problem of finances.
(4)
Comment
(0)

SFC (Join to see)
>1 y
SFC Wade W. I would have never imaging this, oh well we are talking about the Veterans Affairs right!
(2)
Reply
(0)

SSG Diane R.
Posted >1 y ago
The VA ordered a procedure I did not really want at a private hospital and now refuses to pay us my credit score is suffering. I have called and I'm literally dozens of times and they don't seem to be able to resolve it. I will never use VA Choice again.
(1)
Comment
(0)
Show More Comments
Read This Next
RallyPoint Home