Will longer basic training make stronger infantrymen? The Army is adding 8 weeks to OSUT to find... 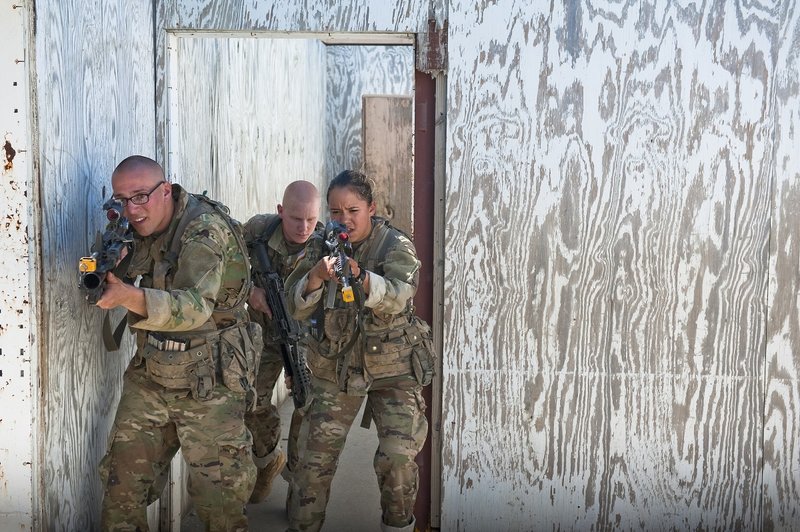 Will longer basic training make stronger infantrymen? The Army is adding 8 weeks to OSUT to find...

SPC(P) (Join to see)
Posted >1 y ago
Having graduated recently from infantry OSUT.. It was not the challenge I was expecting. I was there for roughly 18 weeks including 30th AG, and that wasn't long enough. I tried to be a sponge and soak up everything I needed for when I get to my unit, but some things we only touched on briefly or didn't cover them at all. This wasn't the drill sergeants' fault, they were all seasoned professionals with a lot of information and experience to share with us. We even had two drill sergeants that came back on their own time to make sure we were ready for whatever we were doing the following day and gave extra classes on tactics and marksmanship. They simply didn't have enough time to cover everything.

PT was solid. Very few people got less than 260 in my company. We did weight training circuits 3x per week, ran sprints 2x, and did AGR runs once per week. Towards the end we ran 5 miles every morning or did 5-7 mile trail runs if we were in the field. I don't think they needed to improve there.

After that we moved into MOUT. We only did less than a week of MOUT, and it's something I struggled with when I got to my unit. We definitely could've used more reps at just about everything in urban ops. This is where I would extend the length of training the most.

Then we spent a few weeks in the field before graduating where we covered attack, ambushes, patrol base ops, etc. I think we had adequate time learning tactics.

Other things that we did not cover or covered briefly..

TCCC- we had one class and barely any hands on (just tq's). There was talk that the entire next cycle was getting combat lives saver level 1 certified. That should probably be a requirement.

Land Nav- we spent a few days doing land nav but I don't think anyone was very proficient at the end.

Combatives--they chose 5 per platoon to get level one certified. The rest of us.. One BJJ style class, and then pugil sticks. Definitely could be improved (it could probably be worked in as PT).

I learned a lot, but the limiting factor was definitely length of training. Adding just 2 or 3 weeks could go a long way.
(2)
Comment
(0)

SGM Bill Johnson
Posted >1 y ago
No. The end result will likely be the same because TRADOC is TRADOC and their low exit standards won't change. 70% is 70%. What will likely happen is the training will start out slower and less intense so they can get more trainees acclimated to the physicality of the Army without injuring so many. They will string along sub-performers longer with the "hope" that they will eventually catch up. But they will likely recycle fewer since if they couldn't catch on in an extra eight weeks they probably never will. Are they going to spend more time on BRM and allow Trainees to master their weapon or will it continue to be a push to qualify at the ridiculously low score that they have been using as a passing score for the past couple decades? Will they master land navigation or barely know what the colors on a map mean? (I learned more about map reading in Boy Scouts than I did at Infantry School) After 36 years in the Army I am not convinced they actually know how to teach at the so-called Centers of Excellence.
(1)
Comment
(0)

SGT David A. 'Cowboy' Groth
Posted >1 y ago
It will either make them stronger, or it will weed out those that aren't.
(1)
Comment
(0)
Read This Next
RallyPoint Home