"William Edward Adams (June 16, 1939 – May 25, 1971) was a Major in the United States Army who was killed in South Vietnam during the Vietnam War. He received the Medal of Honor.

Adams was born in Casper, Wyoming. He attended Wentworth Military Academy in Lexington, Missouri, where he graduated in the junior college Class of 1959. Three years later, Williams graduated from Colorado State University as a member of the Class of 1962.[1] He joined the U.S. Army in Kansas City, Missouri. He began his tour in Vietnam on Monday, July 6, 1970. On May 25, 1971, Adams, a major, volunteered to fly a lightly armed helicopter mission to rescue three wounded soldiers from a besieged firebase in Kontum Province, despite the clear weather which would provide the numerous enemy anti-aircraft around the location with clear visibility. Despite fire from machine gun emplacements and rockets, Adams succeeded in landing at the firebase while supporting helicopter gunships attacked the enemy positions. After take off, however, the helicopter was hit by fire. Adams momentarily regained control and attempted to land, however the helicopter exploded in mid air and crashed. Adams, who was 31 at the time, was killed.

He is buried at Fort Logan National Cemetery in Denver, Colorado. His grave can be found in plot P O, Grave 3831.[2]

Maj. Adams distinguished himself on 25 May 1971 while serving as a helicopter pilot in Kontum Province in the Republic of Vietnam. On that date, Maj. Adams volunteered to fly a lightly armed helicopter in an attempt to evacuate 3 seriously wounded soldiers from a small fire base which was under attack by a large enemy force. He made the decision with full knowledge that numerous antiaircraft weapons were positioned around the base and that the clear weather would afford the enemy gunners unobstructed view of all routes into the base. As he approached the base, the enemy gunners opened fire with heavy machine guns, rocket-propelled grenades and small arms. Undaunted by the fusillade, he continued his approach determined to accomplish the mission. Displaying tremendous courage under fire, he calmly directed the attacks of supporting gunships while maintaining absolute control of the helicopter he was flying. He landed the aircraft at the fire base despite the ever-increasing enemy fire and calmly waited until the wounded soldiers were placed on board. As his aircraft departed from the fire base, it was struck and seriously damaged by enemy anti-aircraft fire and began descending. Flying with exceptional skill, he immediately regained control of the crippled aircraft and attempted a controlled landing. Despite his valiant efforts, the helicopter exploded, overturned, and plummeted to earth amid the hail of enemy fire. Maj. Adams' conspicuous gallantry, intrepidity, and humanitarian regard for his fellow man were in keeping with the most cherished traditions of the military service and reflected utmost credit on him and the U S. Army." 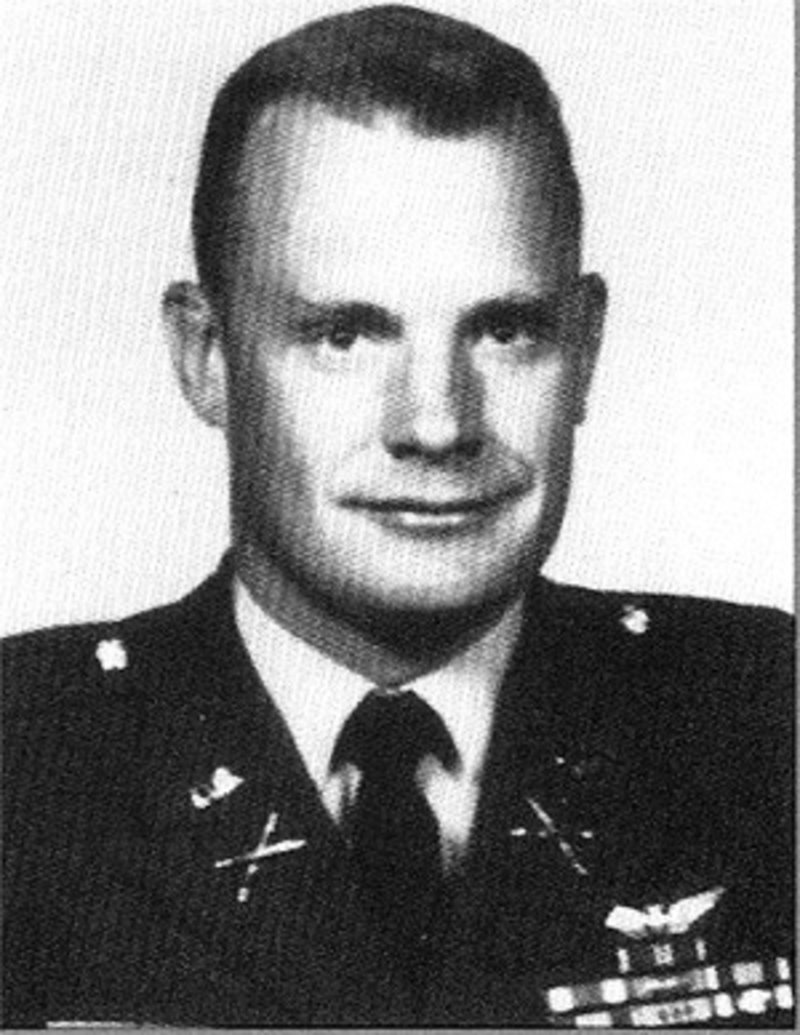 SGT David A. 'Cowboy' Groth
Posted 3 y ago
Thank you for sharing this brother David on this war hero.
(8)
Comment
(0)

SPC Douglas Bolton
Posted 3 y ago
SGT (Join to see) He thought of others before himself.
(6)
Comment
(0)