"The Death of William Rufus
William went hunting in the New Forest, probably near Brockenhurst, on 2 August 1100. In what was described as a 'hunting accident', he was killed when an arrow penetrated his lung, the circumstances of the incident are unclear. The arrow was fired by a nobleman named Walter Tirel, the earliest mention of the event is in the Anglo-Saxon Chronicle, which blandly records that William was "shot by an arrow by one of his own men". Later chroniclers contain the name of Tirel, along with further details.

The Rufus Stone in the New Forest
The Rufus Stone
The fullest contemporary account of the incident was written by the monk William of Malmesbury, who states that the King had an ominous dream the night before which led him to feel uneasy, but nevertheless set out into the forest for an afternoon of hunting with a few companions. The party spread out as they chased their prey, Walter Tirel was the only one who stayed with the king when the party scattered in the chase. The King fired an arrow at a stag, which wounded it and shielded his eyes with his hand against the rays of the low sun to spot where it ran. Just at this point, another stag appeared on the scene and Tirel fired at it. He missed and his arrow pierced William's chest.

The King is said to have broken off the shaft which was protruding from his chest, but collapsed and fell on the remainder of the arrow, which drove it in further. Tirel is reported to have rushed to his aid, but found him unconscious and beyond help. The first record of any location more exact than the New Forest comes from John Leland, who, writing in 1530, stated that the king died at Thorougham, a place name which has since fallen into disuse but was probably located at what is now Park Farm on the Beaulieu estates.

William's body was left where he fell. His younger brother, Henry, who was present at the hunt, departed in haste to seize the treasury at Winchester, aided by the de Clare brothers, Gilbert and Richard, Richard's daughter Adelize was the wife of Walter Tirel. He then travelled to London, where he was hastily crowned within days. The body of the former king was found by a local charcoal maker named Purkis and a few peasants who carried the blood-stained corpse to Winchester in a horse-drawn cart and he was buried under the cathedral tower there. When its badly built tower crashed to the ground the following year, many in that superstitious age perceived it to be the judgement of God upon William Rufus. Whether the shot was accidental or not, Tirel panicked and fled to France.

Over the proceeding centuries, the accusation that one of William's enemies may have had a hand in the event has repeatedly been made, chroniclers of the time point out that Walter Tirel was renowned as a keen bowman, and thus was unlikely to have loosed such a shot. William's brother Henry, who was among the hunting party that day, benefited directly from William's death, shortly thereafter being crowned king. Modern scholars have reopened the question and some have found the assassination theory credible or compelling, but the theory is not universally accepted. Opinion remains divided on whether his death was premeditated murder or merely an unfortunate accident.

The "Rufus Stone" in the New Forest marks the spot where he is said to have been killed. They claim that this is the location of William's death appears to date from no earlier than the seventeenth century when Charles II visited the forest. At that time the most popular account of William's death involved the fatal arrow deflecting off a tree, and during Charles II's visit, he appears to have been shown the tree. The tree in question was cut down and burned during the eighteenth century and later in that century, the Rufus stone was erected. The inscription on the Rufus Stone reads:-

'Here stood the oak tree, on which an arrow shot by Sir Walter Tyrrell at a stag, glanced and struck King William the Second, surnamed Rufus, on the breast, of which he instantly died, on the second day of August, anno 1100. King William the Second, surnamed Rufus, being slain, as before related, was laid in a cart, belonging to one Purkis[e] to take the king's body to Winchester Cathedral on his cart., and drawn from hence, to Winchester, and buried in the Cathedral Church, of that city.'" 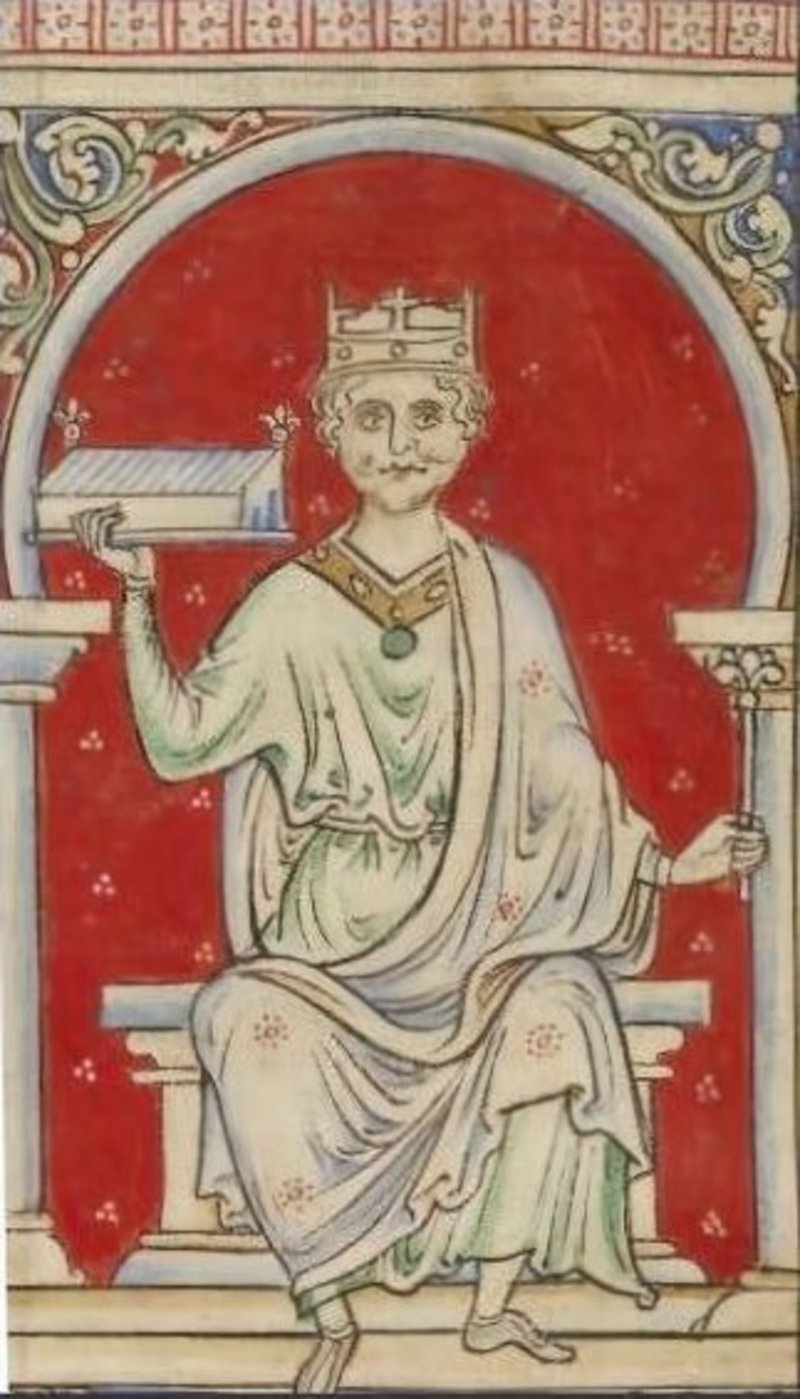 Posted from englishmonarchs.co.uk
Posted in these groups: