SSgt GG-15 RET Jim Lint
1.04K
18
12
6
6
0
So now they say "Zero Tolerance Policy" is bad?!?! I think we should have Zero Tolerance for Murder, Rape, sexual assault, and bank robbers? Since when is zero tolerance bad? Please let me know which banks I am authorized to rob!?!?! 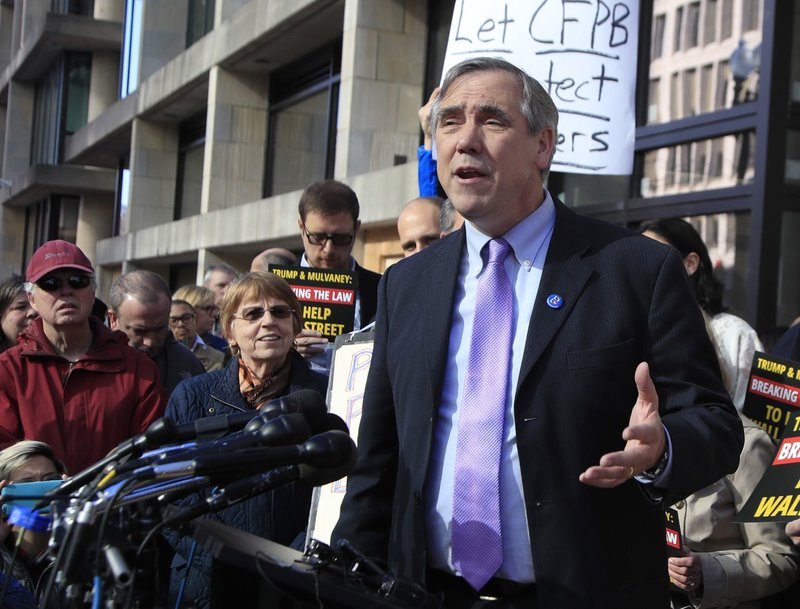 SSgt GG-15 RET Jim Lint
Posted >1 y ago
We do separate kids from criminals! Parents who rob a bank, 7/11 or rape or murder or... will go to jail and no see their kids. I am not sure what is the difference. They made the choice to do an illegal act.
(3)
Comment
(0)

MCPO Roger Collins
Posted >1 y ago
I can’t read it because I won’t pay WASHPO for their toilet paper.
(2)
Comment
(0)

By Sean Sullivan
June 17 at 7:05 PM
Email the author
MCALLEN, Tex. — They divided the young children who had been separated from their parents, placing 20 or more in a concrete-floor cage and providing foil blankets, thin mattress pads, bottled water and food.

The migrant children, some confused or expressionless, watched as uniformed officials led reporters on a brief tour Sunday of a processing center and temporary detention facility here. Some 1,100 undocumented individuals were being held, including nearly 200 unaccompanied minors, according to estimates.

Several Democratic lawmakers also got a firsthand look at the impact of President Trump’s “zero-tolerance” policy of separately detaining children and parents trying to cross the border, which has led to about 2,000 children being separated from their parents in the past 45 days.

The lawmakers chose Father’s Day for a trip to the southern Texas border to draw attention to the plight of divided families and demand that Trump end the policy. One lawmaker estimated that there were 100 children under the age of 6 at the facility.

Detainees are being kept in bare-bones cells surrounded by tall metal fencing inside a sprawling facility with high ceilings. The facility resembled a large warehouse divided into cage-like structures housing different groups of people.


Sen. Jeff Merkley (D-Ore.) speaks at a rally in Washington last year. On Sunday, he joined other Democratic lawmakers in touring a detention facility at the Texas border. (Manuel Balce Ceneta/AP)
The detainees had been sorted into groups — unaccompanied boys 17 and under; unaccompanied girls 17 and under; male heads of household with their families; and female heads of household with their families.

Officials took away the shoelaces of the undocumented immigrants, fearful about the safety of those in custody.

One woman fought back tears as she spoke to reporters. One child clutched a water bottle and a bag of chips. Several of the detainees wrapped themselves in the foil blankets as they sat on benches, the ground, or on modest mattress pads on the floor of the cells.


The lawmakers later traveled to Brownsville, Tex., to tour the Brownsville Children’s Shelter that housed those 10 and older. Sen. Chris Van Hollen (D-Md.) said officials prevented the lawmakers from talking to the children.

Emerging from the facility, the Democrat called on Trump to reverse the policy that went into effect last month.

“President Trump could end this cruel and inhumane policy right now,” Van Hollen tweeted. “It’s Father’s Day. He should take the opportunity to do it today.”

Before the various visits, Health and Human Services Deputy Secretary Eric Hargan said he hoped that congressional groups “will see the facilities for what they are intended to provide: safe and healthy environments for children and teenagers to reside until such time as they can be released to an appropriate sponsor, while their immigration cases are adjudicated.”

Accompanying the statement were photographs of the Casa Padre Shelter in Brownsville that showed a brightly lighted room with long dining tables and benches, another room with pool and foosball tables and another theater-style room for movies.


Attorney General Jeff Sessions and officials from the Department of Homeland Security have called the policy a necessary deterrent as the United States seeks to secure its borders. Clergy, mental health professionals and human rights groups have united in decrying it as inhumane.

After the tour in McAllen, Van Hollen said the lawmakers spoke to a mother whose daughter was separated from her in the processing center.

Rep. Sheila Jackson Lee (D-Tex.) said, “When you have a mother tell you directly that she’s in fear that she will never see her child again . . . then you know that what we are saying today is, ‘President Trump, cease and desist.’ ”


Merkley said that several of the lawmakers had spoken directly to administration officials about the policy and that he had spoken with Sessions.

“We hope that we can ask the president to come and speak with us to talk to him directly,” Merkley said.

Trump has accused Democrats of promulgating “laws” that have caused family separation at the border — although there are no laws mandating that children be taken away from any adult arriving there.

Democrats have argued that Trump can unilaterally end the policy, and absent that have pushed bills in Congress to end the separation. The measures have failed to earn any Republican support.

Officials said detainees have been given access to potable water and food, including three hot meals. Portable restrooms and water fountains were visible in the climate-controlled facility. One official said the immigrants also were given access to showers and clothing.

One member of Congress suggested that officials made things look presentable because of the planned visit.

“It was in anticipation of a congressional delegation, so you’ve got to begin with that premise,” Rep. Vicente Gonzalez (D-Tex.) said in an interview.

“It was orderly, but it was far from what I would call humane,” he added.

In one sector of the facility, virtual processing terminals with video screens were set up for those detained to communicate with processing agents remotely.

According to Carmen Qualia, an assistant chief patrol agent, some individuals would be separated from their children at this site.

Individuals were supposed to be held at this centralized processing center for up to 72 hours, with a goal of getting most to their next location — likely another facility — within 12 hours, officials said.

Outside, in the 96-degree heat, a few dozen protesters held up signs in English and Spanish. “Stop Deportations” read one. “Resist Trump’s hate,” said another.

DHS officials gave reporters a brief tour. They did not allow photography or recording equipment during the walk-through. Lawmakers later were given a separate tour.

It was far different earlier this month when Merkley traveled to Texas to see a detention center housing children who had been forcibly separated from their families after crossing the border. His request to view the facility was denied, and the private firm running it called the police to get him to leave.

An official with the Health and Human Services Administration for Children and Families said Merkley had tried to enter the shelter unexpectedly, and “no one who arrives unannounced at one of our shelters demanding access to the children in our care will be permitted, even those claiming to be U.S. senators.”

“Members of Congress have top-secret clearances,” Merkley said. “It shouldn’t be secret as to how we’re treating children inside our borders.”

“No one is taking a public safety lecture from Sen. Merkley,” it added, “whose own policies endanger children, empower human smugglers and drug cartels, and allow violent criminal aliens to flood into American communities.”

MCPO Roger Collins
>1 y
So, the Democrat policy is if you are illegal, bring in one or more get out of jail free cards. What is being suggested by this article is open borders and ignoring laws.
(2)
Reply
(0)

MCPO Roger Collins
Posted >1 y ago
Read this from 2014, watch the video, then tell me where the responsibility lies.

Undocumented and Unaccompanied: Facts, Figures on Children at the Border

With unprecedented numbers of minors descending on the U.S. border, NBC News examines the immigration system that will determine their fate.

SSgt GG-15 RET Jim Lint
3 y
So we will let people from Chicago leave "Others, including advocates, volunteer foster families and even the United Nations, say they are like any other refugee fleeing crime and violence in their homelands, but even more vulnerable."
(0)
Reply
(0)
Show More Comments
Read This Next
RallyPoint Home