"It’s becoming increasingly hard for me to understand why nobody — like, say, Donald Trump! — has been charged under 18 USC §2383 for “incit[ing] or engag[ing] in any insurrection against the authority of the United States or the laws thereof, or giv[ing] aid or comfort thereto.” - Professor Laurence Tribe, July 10, 2021 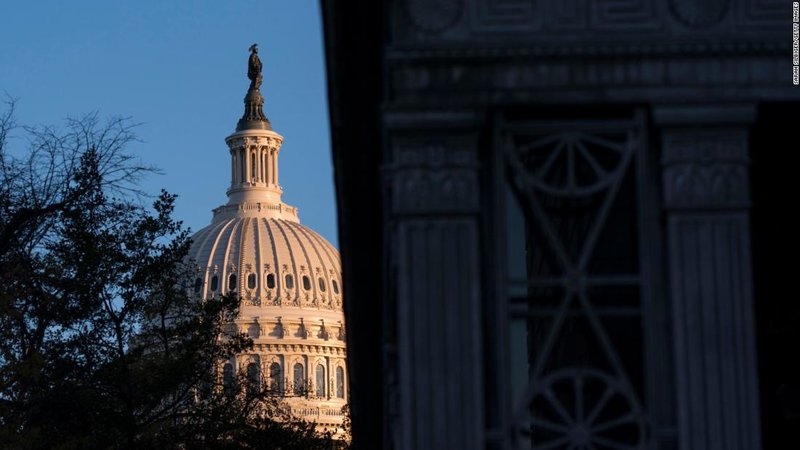 New footage shows Capitol rioters drag officer into crowd 01:26
(CNN)The Justice Department released new police body camera footage Friday showing one of the most disturbing assaults during the Capitol insurrection -- where three officers waded into the crowd to save a pro-Trump rioter who was trampled, only to be stripped of their protective gear, dragged down a set of stairs and attacked with crutches, flagpoles, batons and bare hands.

The DOJ released the videos after CNN and other outlets sued for access. All of the officers involved in this incident worked for Washington, DC's police force. They were identified by initials in court filings.
Officer A.W. stepped out of a tunnel where police were congregated and into the crowd to help Rosanne Boyland, 34, a rioter and QAnon supporter who was trampled by the mob. She died of an accidental drug overdose, according to Washington, DC's chief medical examiner. Boyland's body is seen in some of the new videos, which also show her friend screaming for assistance.
Prosecutors say A.W.'s body-worn camera video shows defendant Jack Whitton leaping over a barricade, knocking A.W. onto his back and attempting to wrestle away his baton. Over A.W.'s head, other rioters hit the police line with flagpoles and metal poles. The crowd drags A.W. into the crowd while he pleads for help. Members of the crowd ignore the plea, one rioter leans down and shouts, "traitor." Much of the clip is from A.W.'s perspective on the ground looking up. ....
(4)
Comment
(0)

SPC Jesse Davis
Posted 2 mo ago
This just underlines how deranged the narrative trying to sell this down is.
(1)
Comment
(0)

A1C Mike Allen
Posted 3 mo ago
There seems to be a notion held by many Liberals.
It holds that everyone who identifies with a particular political ideology should (and must) follow orders or directives (perceived or real) of the leaders of that party.
The supporters of said ideology can make no decisions made by themselves.
No, they must and will blindly follow orders.
That may hold true for some (and maybe most) Democrats, but it is not true for other Parties.
(1)
Comment
(0)
show previous comments

A1C Mike Allen
2 mo
SPC Robert Conway -
There was never a bill or law introduced by a Conservative that had the provisions that ObamaCare has.
There is no reason for you to make up "Liberal Facts"!!!
Just keep to the truth.
(0)
Reply
(0)

"There's a reason for this. For the last two decades, leading Republicans have supported various health care plans that looked, well, like the Affordable Care Act. Then Democrats embraced the proposal and Republicans turned against it. But that all happened pretty quickly -- too quickly, in fact, for Republicans to really develop and unite around a plausible alternative."

You said yourself, everyone wants healthcare reform. But that's okay, "Liberal facts", otherwise known as facts, that clearly plants for flag on the partisan hill. I am done here.
(1)
Reply
(0)

A1C Mike Allen
2 mo
SPC Robert Conway -
Where did it ever mention the Bill that was introduced by Conservatives?
I'll give you a hint, it NEVER does.
Never have Conservatives ever supported socialized medicine.
You (and the author of the article) are attempting to conflate two different ideas.
One is healthcare reform.
The other is socialized medicine.
These two are not the same.
You ARE done here.
(0)
Reply
(0)