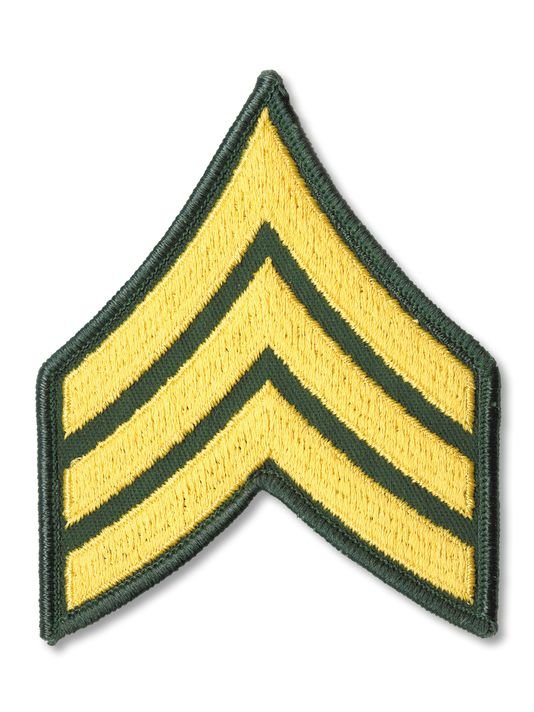 Nearly 8,000 sergeants will be removed from the staff sergeant selection list unless they comply with a new rule that links E-6 promotion eligibility to the completion of the Structured Self Development-2 course.

SSD-2 replaced the common core phase of the Advanced Leader Course on Oct. 1.

The ALC common core course and SSD-2 ran simultaneously from June 1 through Sept. 30, and soldiers who completed the common core of ALC before Oct. 1 have met the promotion requirement.

However, sergeants only will receive promotion points in the military education section of the Promotion Point Worksheet when both the ALC common core or SSD-2 and the ALC technical resident phase are completed.

The 80-hour online SSD-2 not only is a requirement for E-6 promotion consideration, but is a prerequisite for attendance at the Advanced Leader Course, a resident training regimen that focuses on technical and specialty-specific topics appropriate for leaders in squads and platoons.

The new promotion requirement will apply to selection boards that meet in January to recommend sergeants of the Regular Army and the Army Reserve component of the Active Guard and Reserve for integration onto the E-6 lists that will apply to staff sergeant promotions in February and beyond.

During the transition to the new system, promotable sergeants — those soldiers who already have been integrated onto the E-6 list — must have credit for the common core phase of the Advanced Leader Course, or Structured Self-Development-2, no later than Jan. 8 to retain their promotable status.

Failure to comply with the new requirement by that date will result in automatic removal from the staff sergeant list.

About 21,000 sergeants are in promotable status as of late December, according to information provided by the evaluation, promotions and selection division of the Human Resources Command.

Included in the total are 7,740 sergeants, or 37 percent of the soldiers on the E-6 list, who do not have credit for SSD-2, and who will be removed from the list Jan. 9 unless they complete the distance learning requirement by Jan. 8.

Soldiers who are removed from the list only can regain promotion eligibility by completing SSD-2, and being re-boarded and recommended for promotion by their chain of command.

The timeline for the deliberate, continuous, sequential and progressive process is:

• Upon completion of initial entry training, soldiers automatically will be enrolled in SSD-1, which is a prerequisite to attend the Warrior Leader Course. The WLC is limited to specialists and corporals. Privates first-class and below are not eligible to attend the WLC.

• Soldiers automatically are enrolled in SSD-2 upon completing WLC and promotion to sergeant. Completion of SSD-2 is a prerequisite to attend the Advanced Leader Course.

• Soldiers automatically are enrolled in SSD-3 upon completing ALC and promotion to staff sergeant.SSD-3 completion is a prerequisite to attend the Senior Leader Course.

• Soldiers automatically are enrolled in SSD-4 upon completion of SLC and promotion to sergeant first class.SSD-4 completion is a prerequisite to attend the Sergeants Major Course.

A new course, tentatively called the Master Leader Course, is under development and could be piloted in late fiscal 2015.The course would prepare soldiers for duty as master sergeants.

• Soldiers automatically are enrolled in SSD-5 upon promotion to sergeant major. SSD-5 completion is a prerequisite for assignment to nominative E-9 positions and joint duties.

The Structured Self Development courses are formally linked to promotions as follows:

SSD-1: required to be recommended for promotion to sergeant.

SSD-2: required to be recommended for promotion to staff sergeant.

SSD-3: required to be considered for promotion to sergeant first class.

SSD-4: required to be considered for selection to master sergeant.

http://www.armytimes.com/story/military/careers/army/enlisted/2014/12/23/7740-sergeants-could-be-cut-from-promotion-list-ssd2-promotion-requirement/20804823/
Posted in these groups:

SGT Kristin Wiley
Posted >1 y ago
I completed this requirement immediately after promoted to E-5. I have little sympathy for E-5s who have put it off until the last possible moment. It's an online course, so as long as you have internet it's not that difficult to complete.
(20)
Comment
(0)
show previous comments

SPC Nancy Greene
1 y
It is ALWAYS based upon the NEEDS of the Army! The cut-off score for my MOS stayed at 998 out or 1000 points the entire time I was on Active Duty! It ‘dropped’ once as I was in process of my requested Medical Discharge. I ‘missed’ promotion by 10 points & I had a Permanent P-3 Profile from an injury in Basic. SGT(P) Chevonne Llamas
(0)
Reply
(0)

SPC Nancy Greene
1 y
You might want to prepare by completing Leadership ‘Correspondence Courses’. Also, if you enroll in one college course & complete the course; you will receive 10 points for improving Civilian Education & 1 point for each semester hour of credit you obtain. An easy way to accrue 13 Promotion Points. I used to encourage Enlisted Soldiers to choose this option as a means of acquiring points in Civilian Education. If you have further questions, please feel free to contact me on RP. NancySGT(P) Chevonne Llamas
(0)
Reply
(0)

MCPO (Join to see)
Posted >1 y ago
I have less than no sympathy. The SSD has been mandated since 01OCT, and they've known about it since at least then. It's three months later. They knew, they didn't do it.

One third of E-5's failed to take it. That means that only about 15,000 people are READY to be promoted to E-6 - and I don't mean qualified - I mean ready to take charge of their own careers and do what is required to be promoted. If they aren't ready, willing, and able to do that for themselves, what will they do for a junior soldier?

Nope. Not one inch of sympathy.
(14)
Comment
(0)
show previous comments

SFC (Join to see)
>1 y
I agree with you too. If you have not done it with all the Warnings (messages) coming every other month, then you should not be an NCO. The majority of the NCO's today want everything easy and free. Every day I strive to teach my NCO's something new so that they can be knowledgable leaders for our future. Initiative is one of the best qualities you should have if you want to lead.
(2)
Reply
(0)

SPC Nancy Greene
1 y
OUTSTANDING SFC Luis Marty! That is Good Leadership IMHO! When will You be Recommended for E8?SFC (Join to see)
(0)
Reply
(0)

SFC Michael Jackson, MBA
Posted >1 y ago
These are NCOs already, presumably in leadership roles and understand responsibility.
Any NCO up for promotion should be responsible enough to maintain his eligibility
I share SMsgt Thomas feeling that this will be sad, but maybe for different reasons
I saddened that the military had to draw this line on NCOs for failing to meet a requirement
(8)
Comment
(0)
show previous comments

1SG (Join to see)
>1 y
How many times must I tell people the Army isn't handing out promotions anymore? I know I'm preaching to the choir here, but I feel like a parrot repeating this message over and over again to people too lazy to manage their own careers. This is like talking to kids who don't listen until you drop the hammer.
(9)
Reply
(0)

SPC Nancy Greene
1 y
It ‘irritates’ Me! I did everything’ possible to obtain promotion points. I needed Medals & My Command ( AG) didn’t process Medals for My Unit. Certificates of Achievement only counted for 5 points, with a max-out at 10 points! 6 Certificates of Achievement only awarded me 10 points! I completed every Military Correspondence Course I could manage while Assigned to 2nd Armored Division (FWD) in Garlstedt Germany during the Cold War. The only Medal I received was an AAM from an Infantry LTC. I was a SP4(P) for two of my three years on Active Duty. The ‘Freeze’ on cut-off scores for AG Corps was a B****! Reclassified soldiers filled all the AG ADMIN slots. That was one of the three reasons I requested a Medical Discharge.
(0)
Reply
(0)

SPC Nancy Greene
1 y
Definitely Agree with You SGT Charles DURHAM! IMHO, You seem to have what it takes to be SSG! Good Luck!SGT (Join to see)
(0)
Reply
(0)