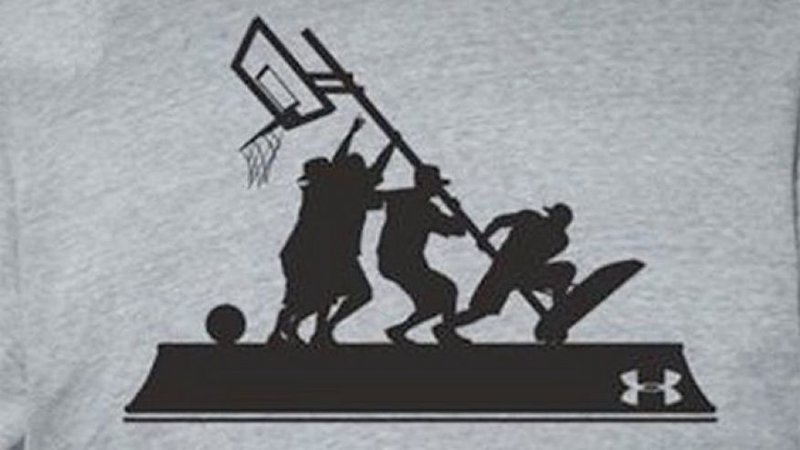 So the Under Armor decided to play-off on a 'Band of Brothers' by creating 'Band of Ballers' t-shirt. It illustrates a simulation of American flag raised during the victory at Iwo Jima; but instead, using an erection of a basketball stand.

Do you find it offensive or creative? Do you agree that Under Armor should pull the sale of this design? Thank you for your responses.

http://www.foxnews.com/us/2015/05/17/under-armour-yanks-band-ballers-t-shirt-after-social-media-firestorm/
Posted in these groups: Under Armour

CAPT Kevin B.
Posted >1 y ago
I'm kinda tilting on the tacky side. I prefer the advert money grubbers stay away from our iconic symbols that remind us of extreme sacrafice. It will bug some people more. Many won't care. Results may vary.
(2)
Comment
(0)

It's am homage to to greatness.
(2)
Comment
(0)
Show More Comments
Read This Next
RallyPoint Home