How far in advance can active duty service members from all branches start training or looking for employment? 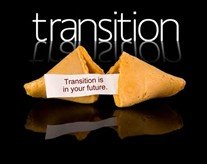 How far in advance can active duty service members from all branches start training or looking for employment?

It is 90 Days? Is it 30 days? What is the transition period allowed an active service member today?

What do the regulations allow for in the various service branches for transitioning service members either leaving the service voluntarily at the end of their enlistment, being separated due to force reductions, medically being released from active service, or a planned retirement?

I'm curious to find out if we can help service members earlier in the transition process?

Who can be contacted within the various service branches to work with transition officials for new veterans coming out into the civilian world? Does each branch have a group or section handling this?

Can you provide contact numbers and names?
Posted in these groups:

LTC Jason Mackay
Edited >1 y ago
Posted >1 y ago
Enlisted Members may be released through a 4187 under the attached MILPER Message up to 6 months early from ETS. This is contingent on a letter from an employer with a bona fide job offer: http://www.ssi.army.mil/!CareerAdvisor/Messages/Milper%20Message%2015-019%20Enlisted%20Voluntary%20Early%20Seperations%20Program.pdf

Officers MAY be able to start work on transition leave. They will need an ethics brief and a visit to JAG if it is a government contractor.

Transition assistance is telling people 6 months out for applying to jobs in earnest. Up to 12 for federal jobs.

I am going through SFL TAP right now. There are tons of info and websites. Tools and calculators. VA stuff, DoL stuff, commercial stuff. What can be done to help? Realistically help draft resumes and convert military experiences to civilianese. Explain to civilian employers what military qualifications, experience, and leadership really means.....And offer someone a no-shit job for a realistic wage.

Tap into the Soldier for Life Transition Assistance Program (SFL-TAP) at HQDA or at the nearest installation. Especially if you have networked access to no kidding J.O.B.S. https://www.facebook.com/FortCarsonSFLTAP/
(11)
Comment
(0)
show previous comments

LTC Jason Mackay
>1 y
I put a bunch of resources on this thread https://www.rallypoint.com/answers/what-are-recommended-resources-for-veterans-to-help-produce-the-best-resumes-possible?page=2&urlhash=1219448#1219448

What are recommended resources for veterans to help produce the best resumes possible? |...

LTC Stephen F.
Edited 5 y ago
Posted >1 y ago
In 1992 was passed over to promotion to Major for the second time COL Mikel J. Burroughs. The Army was going through a RIF and the personnel system was trying to reduce the officer corps with as many volunteers as possible an they were offering various buyout plans - a lump sump and and an annuity.
I was a relatively new believer in Christ at the time; but, I was convinced that God did not want me to quit. The previous summer I had interviewed with banking executives in Georgia and I had sent resume's to several other businesses. I did not quit and was forced out of the active component. The next month I accepted a position with a not-for-profit FFRDC company where I was employed for 20 years. I also accepted a commission in the USAR where to my chagrin I was promoted to major based on time in service and grade. By the grace of God I was promoted to LTC just after 2000 after being passed over twice. This allowed me to serve this nation on active duty again soon after 9/11 2001 when I volunteered while my mobilization orders were being processed.
I concur with the comments of COL Jon Thompson.
It is never to early to think about your post-service career. You need to pay attention to the current regulations about what is authorized so that you do not run afoul of current law or regulation; but, putting serious thought into your post-service career and having frank discussions with family and friends is a good idea. Your family and friends may well have a good idea of what you strengths are and if they are true friends they will tell you your strengths and weaknesses.
(9)
Comment
(0)

LTC (Join to see)
>1 y
Sir,you did not quit when riffed and you got promoted!. That is half the battle even in the Reserve Component. Good job, Sir, and I am glad your Faith in God helped!
(3)
Reply
(0)

LTC (Join to see)
5 y
I just graduated yesterday from Command and General Officer Staff College Common Core Course. I am flying back to Canada today.

The class was informed we are not MEL 4 since we have not taken the Advanced Operations Course. The Schoolhouse recommends we take this additional course to be MEL 4. It is what a 0-5/Ltc takes to make O-6.

It is year long Distance Learning course where you do work weekly and you work as a team part of a Joint Staff. It focuses on Joint Operations. I may take it someday. I need a break. I am moving out soon from my place and we may rent or buy a house. I already know of two Majors who got promoted without it. I hope to get promoted too. I was told to be more competitiive that AOC is what you need if you want a Battalion Command.

Those lucky AGR or active duty who get to go to the 10 month long course taught at Fort Leavenworth Schoolhouse do both the Common Core Course and Advanced Operations Course. They are set!

COL Mikel J. Burroughs
5 y
LTC (Join to see) Congratulations on the graduation my friend! You deserve a break, but not too long - keep driving on!
(2)
Reply
(0)

COL Jon Thompson
Posted >1 y ago
I will argue that SM need to start thinking about it right away. In 1995, I was passed over for promotion to Major and faced with trying to figure out what I was going to do next. I stretched out my remaining time as long as I could but still left active duty without a job. I never envisioned anything else so I did not have a backup plan. So I say that people should at least have an idea of what they want to do. It may be somewhat easier for officers than a junior enlisted but they should not wait until they know they are leaving. I would say that continued civilian education is also part of this. In terms of actual timelines, the Army has ACAP to help out transitioning Soldiers. Each post should have an ACAP office. Below is the Army site for ACAP and that should be a good starting reference for one who knows they are leaving. I do think that a SM should be serious about it in their last year and they need to find the right balance between their duties and their responsibilities to themselves.
https://www.acap.army.mil/default.aspx
(7)
Comment
(0)

COL Mikel J. Burroughs
>1 y
COL Jon Thompson Excellent information - thank you - just what I was looking for and I agree with your comments!
(1)
Reply
(0)
Show More Comments
Read This Next
RallyPoint Home