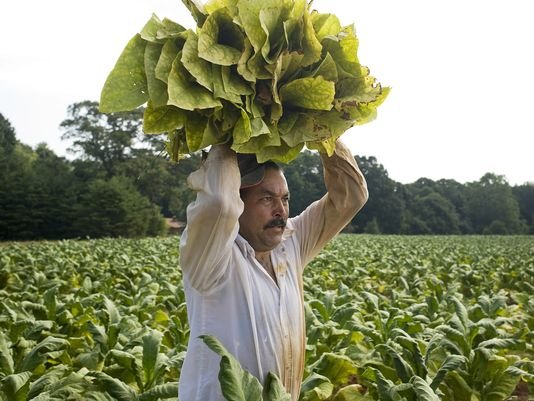 More than half of the nation's immigrants receive some kind of government welfare, a figure that's far higher than the native-born population, according to a report to be released Wednesday.

About 51% of immigrant-led households receive at least one kind of welfare benefit, including Medicaid, food stamps, school lunches and housing assistance, compared to 30% for native-led households, according to the report from the Center for Immigration Studies, a group that advocates for lower levels of immigration.

Those numbers increase for households with children, with 76% of immigrant-led households receiving welfare, compared to 52% for the native-born.

The findings are sure to fuel debate on the presidential campaign trail as Republican candidates focus on changing the nation's immigration laws, from calls for mass deportations to ending birthright citizenship.

Steven Camarota, director of research at center and author of the report, said that's a much-needed conversation to make the country's immigration system more "selective."

"This should not be understood as some kind of defect or moral failing on the part of immigrants," Camarota said about the findings. "Rather, what it represents is a system that allows a lot of less-educated immigrants to settle in the country, who then earn modest wages and are eligible for a very generous welfare system."

Chavez said today's immigrants, like all other immigrant waves in the country's history, start off poorer and have lower levels of education, making it unfair to compare their welfare use to the long-established native-born population. She said immigrants have larger households, making it more likely that one person in that household will receive some kind of welfare benefit. And she said many benefits counted in the study are going to U.S.-born children of immigrants, skewing the findings even more.

So... I ask you this. Should children born here be automatically granted citizenship and thereby receive taxpayer funded benefits???

SSG Warren Swan
Posted >1 y ago
Immigration reform is needed badly. But in making the reform it needs to address big business and agriculture industries who use this illegal labor force as a cost cutting tool. We speak badly on illegals yet refuse to acknowledge our own culpability in the situation. If we want reform, start with those who benefit from it, then allow it to trickle down. No one's going to mess with the 14th amendment, so IMHO, these children are citizens.
(4)
Comment
(0)

Col Joseph Lenertz
Posted >1 y ago
Yes, reform. But the word by itself could mean anything from amnesty to deportation. It just means make a change to improve. But "improve" depends on who's talking. I would vote for a 3 step plan: 1. "Close" the border: Enforce border laws, empower states implementation of immediate deportations, and fund a double- wall 24' fence with cameras and detectors between.
2. Deport illegal alien felons: Freeze all federal funds to sanctuary cities. Enforce federal and state laws to prosecute and deport any illegal alien who commits a felony, within 24 hours of jury conviction. Maintain federal facial recognition database of alien felons to recapture and punish and deport any felon attempting to return. Use diplomatic and financial pressure on Mexico to punish and retain felons.
3. Build a path to "normal": Allow more green card visas for migrant workers while enforcing employer and employee tax laws. Enable path to citizenship for illegal aliens who meet strict criteria, including law-abiding, tax-paying employment for 10 years, no social welfare programs for 10 years, and demonstrated contribution to the community. Then normal citizenship application door would open, right behind all the legal immigrants.
(3)
Comment
(0)

SSG Clayton Blackwell
>1 y
Reform is definitely needed and yours looks like a pretty good plan. I agree with everything with the possible exception of allowing more green card visas. Part of the process of controlling immigration is making sure your infrastructure can handle the influx and integrate them without overtaxing your systems. We allow legally on average 1 million immigrants a year. Maybe we can take more, especially if we did remove the illegals already here leeching the system, but I would have to see some numbers on it to know before I would support an increase. I definitely don't support blanket amnesty, while I loved Reagan, we saw under his administration that amnesty is not an effective way to deal with this.
(0)
Reply
(0)
Show More Comments
Read This Next
RallyPoint Home