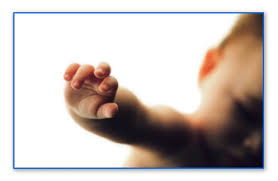 The data did not indicate the condition for which these [psychotropic] prescriptions were written. Doctors are generally free to prescribe any medication for any purpose they see fit, so some drugs can occasionally be used in unproven and debatable ways. But the volume and rapid rise in psychotropics such as antipsychotics and antidepressants in children 2 and younger suggest a trend. In interviews, a dozen experts in child psychiatry and neurology said that they had never heard of a child younger than 3 receiving such medication, and struggled to explain it. They presumed that parents and doctors, probably desperate and well meaning, were trying to alleviate thrashing temper tantrums — the kind that get children kicked out of day care — or an overly depressed disposition, like being strikingly inhibited, nonverbal or lethargic. “People are doing their very best with the tools available to them,” said Dr. Mary Margaret Gleason, a pediatrician and child psychiatrist at Tulane University School of Medicine. “There’s a sense of desperation with families of children who are suffering, and the tool that most providers have is the prescription pad.”
http://www.nytimes.com/2015/12/11/us/psychiatric-drugs-are-being-prescribed-to-infants.html
Posted in these groups:

SSG (Join to see)
Posted 6 mo ago
Sorry but any "doctor" that is prescribing this type of medication should loose their licenses. I have been a psychologist for 21 years and what I have seen is "PARENTS" who are upset because the television isn't working to raise their children, or they are too busy at work to spend time with their children and when they get home the child wants their attention and will do whatever it takes to get it. THAT IS NOT A PSYCHOLOGICAL DISORDER!!! That is parent failing to be parents!!!
(0)
Comment
(0)
Read This Next
RallyPoint Home