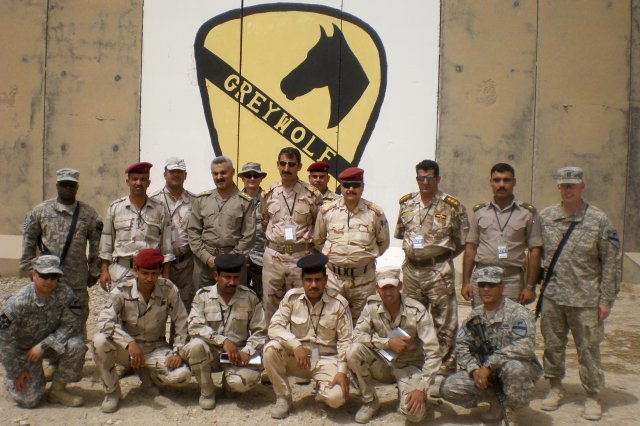 But for now, at least, the Iraqis are passing up that offer.

Specifically, Carter said the U.S. is willing to provide Iraqi army units with close-air support via Apache attack helicopters and also to expand the advise-and-assist mission to include combat advisers at the brigade level. The current mission limits such American advisers to division and headquarters levels.

The Link:
http://www.militarytimes.com/story/military/pentagon/2015/12/16/iraq-declines-us-offer-more-troops-attack-helicopters/77420634/
Posted in these groups:

Defense
Edited 7 y ago
Posted 7 y ago
This is a duplicate discussion and the contents have been merged with the original discussion. Click below to see more on this topic...

Iraq says NO thank you!
From MilitaryTimes:
Iraq declines U.S. offer of more troops, attack helicopters
Defense Secretary Ash Carter traveled to Baghdad Wednesday with an offer to deploy more American troops and new attack helicoptersto help the IraqArmy defeat the Islamic State but the Iraqi's are passing up that offer for now

Sent from my iPhone
Read This Next
RallyPoint Home