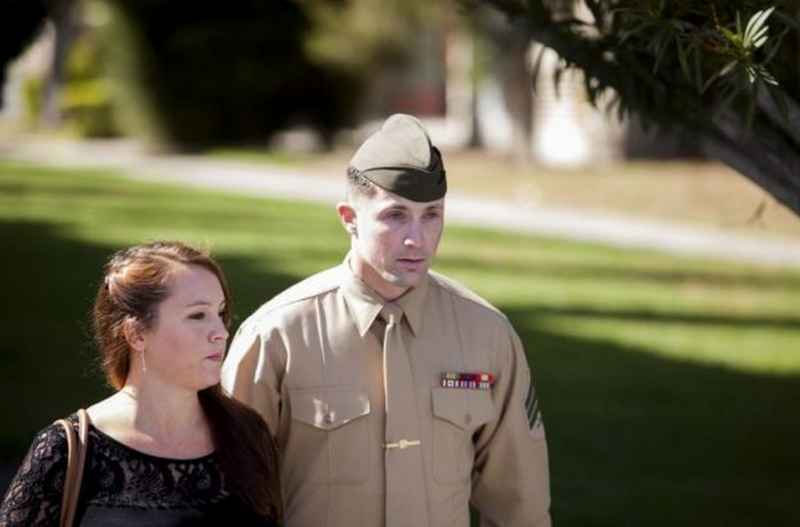 Originally published on reuters.com:
--
A U.S. Marine convicted of the 2006 murder of a former Iraqi police officer was sentenced on Thursday to time he had already served in confinement, in a decision by a military jury at Camp Pendleton in California.

The jury also gave Marine Sergeant Lawrence Hutchins III a bad-conduct discharge from the Marine Corps. He had served about seven years in confinement and had faced a possible sentence of four more years.

After the killing in Iraq came to light, then-U.S. Navy Secretary Ray Mabus called it a "cold-blooded murder".

On Wednesday, the military jury at the Southern California base found Hutchins guilty of murder, conspiracy and larceny but acquitted him of a charge of making false statements.

Hutchins was initially convicted in 2007 and sentenced to 11 years in military confinement, which including the seven years he served pending appeal which had left open the possibility of a four-year sentence.

A military court overturned his conviction in 2010, finding a statement he gave in custody should have been ruled inadmissible.

A military appeals court later reinstated the conviction, then overturned it again in 2013 because Hutchins was denied access to a lawyer for a week early in the investigation.

On Apr. 26, 2006, Hutchins led six Marines and a Navy corpsman in abducting 52-year-old Hashim Ibrahim Awad, a retired policeman. They killed him and placed an AK-47 and a shovel next to the corpse to suggest he had been planting a bomb, according to witness testimony.

The seven other squad members were convicted of crimes at courts-martial, but none were imprisoned for more than 18 months.

Hutchins on Thursday addressed the jury at his court-martial, telling them he was changed by what he had seen.

Staff Sergeant Saul Lopez, who served under Hutchins, testified at the hearing, praising Hutchins and crediting him for Lopez's own survival.

"Every Marine on that patrol is now a convicted felon. Is that leadership?” prosecutor Samson Newsome challenged Lopez.

Capt Mark Strobl
Posted >1 y ago
As I understand (or, better put "don't understand") this case it has been a quagmire. Tragic all the way around. I guarantee it'll be a case-study in professional development courses for sometime to come.
(4)
Comment
(0)

SGT Lawrence Corser
Posted >1 y ago
Then didnt the leadership renege and put him back in the slammer?
(4)
Comment
(0)

Capt Seid Waddell
Edited >1 y ago
Posted >1 y ago
It sounds as if the prosecution was all over the place on this one.
(4)
Comment
(0)

SSgt Boyd Herrst
2 y
And why didn’t the judge throw out the case in a mistrial because of mabus’s undue influence : “it’s cold blooded murder!” Comment.
(0)
Reply
(0)

SSgt Boyd Herrst
2 y
Many an attorney be shaking their heads on this one .. maybe a good one wil step up to the plate and appeal the on the case over mabus’s comment.. Some Veteran’s justice group for wrongly convicted service personnel.. Mabus’s commented before the trial commenced so right there under discovery the defense
Should of asked for a mistrial or even the head judge should of dismissed that charge which would undo the others. Can call me a barracks/armchair lawyer but I’m sticking by that point !
(0)
Reply
(0)
Show More Comments
Read This Next
RallyPoint Home