Obama, Distrust, and the Armed Forces, What Are Your Thoughts? 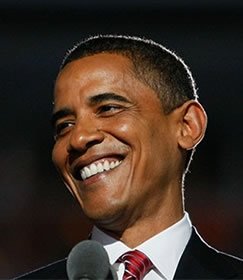 Obama, Distrust, and the Armed Forces
Poetrooper | May 20, 2015 | 56 Comments
Share this:
EmailTwitter1GoogleFacebook28Reddit
I recently wrote a piece [at American Thinker] about the Jade Helm military operations scheduled to be conducted across large areas of the U.S. this summer. A few irresponsible conservative web sites are using these routine military training activities to frighten citizens in the selected areas into believing the federal government is planning an armed takeover of their locales. I warned in that previous article that neither the training operations nor the alarmed citizenry are anything new; the U.S. Army has conducted such training for decades and there has always been some civil protest. I made jumps into civilian areas and ran ops back in the 1960’s. But this time, through the wide reach of the Internet, the fear factor among the citizenry has been driven through the roof.
I’m a conservative, registered Republican who has been a contributor of conservative themed articles here at American Thinker for a decade. I’m also a ground combat veteran of Vietnam who spent much of his post-college career marketing to the military, a job that took me to Army, Navy, Air Force and Marine installations all across the country and overseas. I have shared many meals and happy hours with enlisted personnel and officers, during which many frank, forthright discussions were held regarding politics and the political leadership of the times.

Not once in almost five decades of my association with the military have I heard any serving member or veteran agree that he would take up arms against fellow Americans to impose the political will of a sitting president. Conversely, I’ve heard many times that an order to do so would be considered unlawful and refusable. When the Jade Helm article was cross-posted at my favorite soldiers’ blog, This Ain’t Hell, I was gratified to see that the majority of comments there, almost all from still-serving service members or veterans, validated that belief.

That was in stark contrast to the reaction here at American Thinker. Comments here were almost universally negative with my denial that the operation was a federal takeover of Texas and Utah by Obama being heavily ridiculed. Even readers who normally post supportive comments on my writings, sometimes even thanking me for stating their views, called me a naïve fool and a dupe of the Obama administration. It was a bit of a downer until those military comments began coming in later at the soldier’s blog, reaffirming my faith in my fellow warriors. Clearly, distrust of Obama is very strong on both sites; the difference being the troops trust our troops.

One of the evidentiary cudgels that was used on me here at AT was the militarization of local and state level police departments in recent years and how those forces, using military weapons would join with the military forces of Jade Helm to suppress, oppress, even imprison dissenters in Texas and Utah. I found that ironic in that I have written articles here in the past critical of this heavy arming of civilian law enforcement. On that topic, the primarily civilian readership here at AT and the military followers of TAH were in agreement that this practice needs to be curtailed. It was only some law enforcement officers at both sites who accused me of ignorance or treachery and even among that cohort, some LEO’s agreed with my premise.

Today the Obama administration, in a move no doubt attributable to the increasing level of conflict between law enforcement and the black community, announced it will cease supplying certain surplus military weaponry, such as tracked armored vehicles, weaponized aircraft and grenade launchers among numerous other items including, for suspect reasons, bayonets. Some surplus weaponry already distributed may be recalled and future use of military weaponry may be restricted by federal guidelines. Of course, the administration is hiding behind the skirts of a federal commission that recommended these changes in federal policy after a lengthy study that was initiated after the Ferguson incident.

If we Americans really want to get mad about something, shouldn’t it be the fact that the Obama administration was unresponsive to citizens’ concerns on militarization of local law enforcement until it became a black issue? For example I rather suspect that the inclusion of bayonets on the federal list of proscribed weapons is likely due more to the symbolism of rifles with fixed bayonets having been used in black riot control in the past than for any heightened lethality lent to police armories, an indicator of the real priorities of this administration as it winds to a close.

When I wrote criticizing police militarization, many readers expressed concerns that those weapons would be used against the public in an Obama coup. What do you say now? Do you suppose Obama would quit arming local police departments with some of the most lethal and effective tools of civil suppression if he were planning future local takeovers? Wouldn’t he want those paramilitary police forces armed just as well as the troops they’ll be assisting once Jade Helm commences? OK, I know I’m asking for it with those questions so:

Crossposted at American Thinker
"I don't believe people should be able to own guns."
- President Barack Obama
Posted in these groups:

COL Jon Thompson
Posted >1 y ago
I believe the root cause is a growing lack of distrust among many Americans with our Federal Government. So when this exercise gets into the news and people see the PowerPoint slides showing which states are considered enemy, friendly, or neutral, it gets them going. They don't understand what is going on and next thing you know, there are pictures of a secret base outside of Waco and ideas that the motorcycle gang shootout there was a prelude to martial law. Personally, I do not believe that U.S. troops would support the imposition of martial law across the country. They are among the most patriotic people I have met. But a lack of transparency on the government fuels the conspiracies.
(6)
Comment
(0)

Sgt David G Duchesneau
Posted >1 y ago
This administration really has some trust problems. Hell, you don't know what to think anymore. All I know, no one will ever take my weapons from me, no one! SEMPER FI!
(4)
Comment
(0)

SGT (Join to see)
>1 y
Sgt David G Duchesneau, were headed for a real cluster foxtrot. I just hope whoever is elected to run our country, is smart, and really cares about America, unlike the present admin.
(1)
Reply
(0)

SSG (Join to see)
Posted >1 y ago
I've had this type of open discussion with my peers in the local smoke pit...we would turn on whomever tried to institute martial law so fast, there would be no room for humor.

I loom at my oath a a guide...the constitution come before the president.
(3)
Comment
(0)
Show More Comments
Read This Next
RallyPoint Home