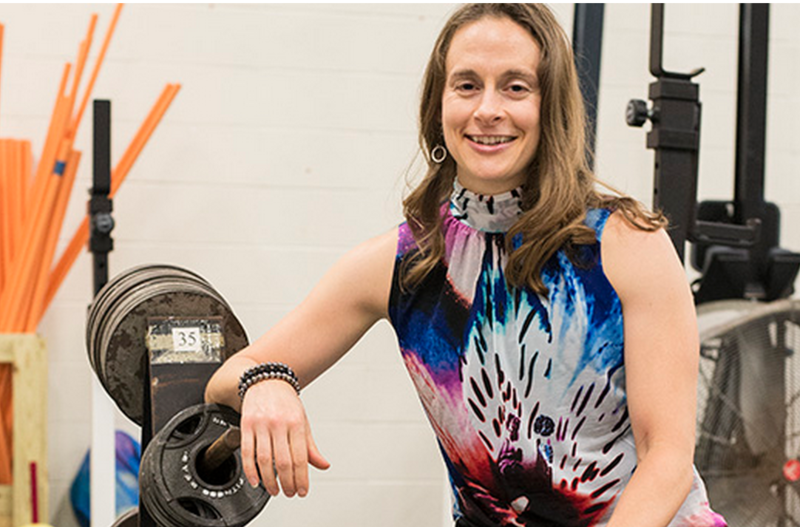 Katie Heinrich, assistant professor of kinesiology, has been awarded a grant for approximately $2.52 million to study how the U.S. military conducts physical fitness.

Heinrich said there have always been concerns about how well the army physical fitness program prepared soldiers for combat. One concern, obesity, has also been increasing in the military – just as it has in the general population.

Heinrich is the principal K-State investigator to receive the grant along with Walker Poston of the National Research and Development Institutes in Leawood, Kansas.

“In the last two years, the (Department of Defense) has come out with a new perspective of fitness,” Poston said. “They think that fitness is much broader than the way they’ve been testing it.”

Poston said the military has been working on ways of implementing balance, agility and other types of fitness into their tests. The study Heinrich and Poston is doing involves High Intensity Interval Training, which has some of the same exercises as CrossFit, as well as 400-meter sprints. Poston said the study itself won’t be using CrossFit necessarily, even though CrossFit provides a good model.

“It just so happens that CrossFit is a good template,” Poston said. “It implements a lot of that.”

John Buckwalter, dean of the College of Human Ecology, said the grant Heinrich received is a big deal.

“It’s sort of like the premier grant to get,” Buckwalter said.

Heinrich said the idea for the study came from her experiences in Hawaii, where she started doing CrossFit.

“When I started CrossFit in Hawaii, I met tons of people from all branches of the military,” Heinrich said. “In fact, the owner of CrossFit Oahu was a Navy SEAL. So, here I was working out next to Navy SEALs, and in time got to realize that they’re just regular people.”

Heinrich said soldiers often went to the gym for training similar to military physical fitness, because what their units were putting them through was not challenging enough to improve their fitness test scores. Some would do the gym training in addition to their unit’s training, while some would just do the gym training.

Heinrich said there were stories of people who took each approach and did amazingly well on their fitness tests, even though they weren’t necessarily doing the same type of training as their peers. That was one thing that gave Heinrich the idea for the study, she said.

“That was part of it,” Heinrich said. “The other part is you also have to look at what opportunities are being offered by the government for grants.”

Heinrich said there was a grant which involved addressing the health of military populations. Researchers had the option to look at diabetes, body fat or other measures of health.

Heinrich said she had also done some previous work looking at a study where the DOD examined body composition, and found their rates of overweight and obese soldiers were higher than ideal. She had also done work with a civilian at Fort Riley, who had done another version of the high intensity physical training Heinrich and her team will be using in their research. She said the civilian had seen fitness scores improve in his program.

http://www.kstatecollegian.com/2014/09/10/professor-awarded-2-52-million-to-study-army-physical-fitness/
Posted in these groups:

CPT (Join to see)
Posted >1 y ago
I really hope she can use some of that money to buy a new wardrobe. Just saying.
(9)
Comment
(0)
show previous comments

COL (Join to see)
>1 y
You guys got way off track. I have emailed back and forth with this professor about six months ago, providing her some alternative viewpoints for her study. Unfortunately my offer to provide another control group was too complicating by adding more variables to the study. It seems like quite a bit of money to study field grade officers doing PT at Command & General Staff College, but at the end of the day, what they are comparing is running tradition PRT versus a dominant metabolic circuit training in a more competitive and coached environment. They will have data, I am sure it will show better results than soldiers doing traditional PRT that is not led by specialized coaches.
(1)
Reply
(0)

Capt Daniel Goodman
>1 y
I don't think it's that bad, honest...then again, my taste in clothing, esp.female,.is obv deplorable, so.clearly I know absolutely zero about such stuff, certainly, though honestly, guys, I don't think it's so awful, just my tthought, of course...I actually.like the colors, to tell the truth, then again, what do I know, ya know!
(0)
Reply
(0)