Purple Hearts might be awarded in domestic terrorism cases 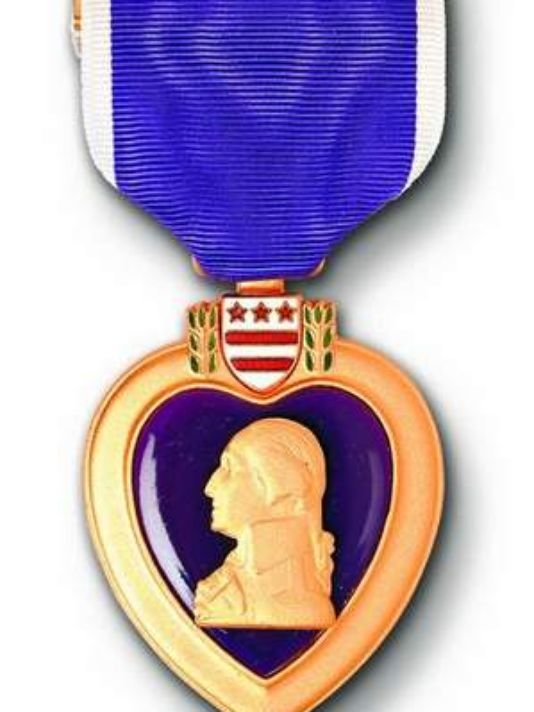 Victims of the 2009 Fort Hood shootings will be eligible to receive Purple Hearts and combat injury benefits under a provision included in the latest defense authorization deal.

The measure is expected to be approved by Congress next week, and would end a five-year quest by Texas lawmakers to get battlefield recognition for the soldiers killed in the deadliest attack on a domestic military installation in U.S. history.

It could also be a financial windfall for the families of the 13 people killed and 32 wounded in the attack.

The latest authorization draft stipulates that Purple Heart medals will be awarded to "members of the armed forces killed or wounded in domestic attacks inspired by foreign terrorist organizations."

The Fort Hood, Texas, shooter — Army psychiatrist Maj. Nidal Hasan — was allegedly inspired by al-Qaida but faced murder charges rather than international terrorism charges. He was convicted and sentenced to death.

Pentagon officials for years have said the shooting victims are not eligible for the Purple Heart and certain combat-injury compensation. Families of the victims have said they've faced thousands of dollars in uncovered medical expenses that would have been covered if the same injuries occurred in Iraq or Afghanistan.

The new Purple Heart regulations would change that, allowing defense officials to review the cases and award both the medal and the benefits to the Fort Hood victims as well as victims of similar domestic attacks.

House members have included the Purple Heart changes in their annual defense budget bills each of the last five years, but Pentagon and Senate leaders have blocked the moves. Rep. John Carter, R-Texas, who helped lead the push, said the new language was crafted with Senate cooperation and input from the military.

"This is finally going to be a recognition for their losses and injuries," he said. "For many of these soldiers, that medal is going to mean the most. They feel like they were attacked by the enemy. It just happened at their base, instead of overseas."

Regulations regarding who gets a Purple Heart — traditionally limited to those wounded in combat — have been debated in recent years amid ambiguity surrounding domestic attacks.

Troops injured at the Pentagon in the terrorist attack on Sept. 11, 2001, received it. Two Army recruiters shot by a radicalized Muslim outside of a recruiting station in Little Rock, Arkansas, in June 2009 did not.

The defense bill is expected to be passed by the House this week and considered by the Senate next week. The White House has threatened a veto on unrelated topics in the bill, but has not followed through on similar threats in recent years.

http://www.marinecorpstimes.com/story/military/capitol-hill/2014/12/03/purple-heart-expansion/19834457/
Posted in these groups:

CW5 (Join to see)
Posted >1 y ago
Thanks for sharing the story, LTC (Join to see). My opinion, sir, is that it's about time. When this first happened (five years ago), many were shocked and amazed that it was designated "workplace violence." That was a weak attempt to save face politically, which backfired.
(13)
Comment
(0)
Transferred from duplicate topic

SGM (Join to see)
>1 y
Dangit, Chief, again you beat me to the best points, i.e. saving money and face for political reasons.

If someone is going to align himself with the bad guys, that's terrorism, and we are supposedly in a War on Terrorism. 'nuff said!
(0)
Reply
(0)

Charles Shaw
>1 y
Part of that was a prosecutorial decision which would have affected the court case. (I forget how exactly)
(0)
Reply
(0)

CPT Aaron Kletzing
>1 y
Did the SMs wounded in the Fort Hood shooting receive Purple Hearts?  I recall there had been discussions about that but I don't know what happened in the end.  I am guessing they did not...?
(0)
Reply
(0)

Capt Richard I P.
Edited >1 y ago
Posted >1 y ago
LTC (Join to see) About time. Let's see what we can do to keep it from happening again.

Keep it from happening again? Arent you asking a bit much? LOL
(1)
Reply
(0)