Should a 4-year degree be a requirement for selection to E-9? 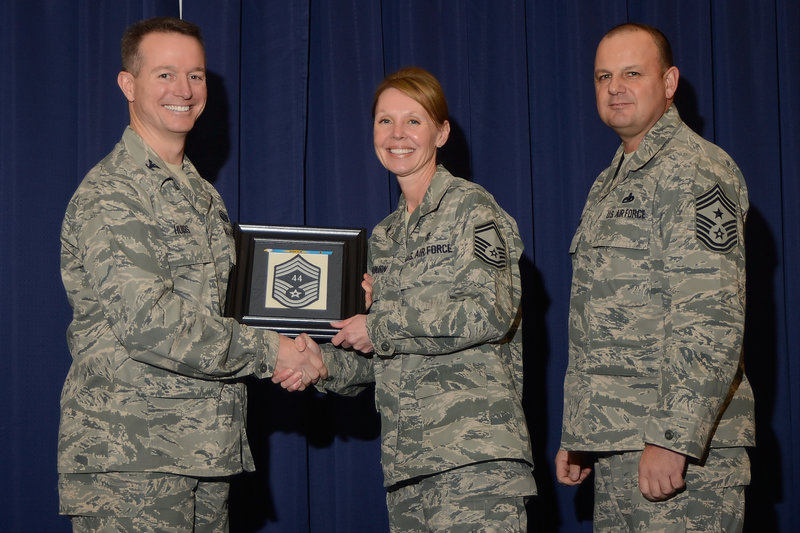 With the military moving to a leaner, agile and more educated force, should it's top leaders be required to have a baccalaureate&nbsp;<span style="color: rgb(102, 102, 102); font-family: arial, sans-serif; font-size: small; line-height: 15px; white-space: nowrap;">degree prior to selection or prior to promotion?</span>
Posted in these groups:

SGT(P) (Join to see)
7 y
then should they give the board points back to the soldiers and not worry about civil ed? A soldier going to a training facility only can get points now if they max out civilian ed and military ed. So to get close to enough points to become an NCO. Once there still has to focus on some way to gather points to go to the next rank. So by the time that NCO is a E6 he/she should almost have a 4 year degree when they get ready for E7. So should it be I say yes because with the draw down of deployments and no changes in the point structure should be no excuse why in their off time , just as they tell lower enlisted, they cant do it. Unless they are surrounded by a bunch of dirt bag soldiers . Not meaning to step on anyones toes or degrade any one. Just saying if they can put it out to a soldier time management so should they fallow the same. Unless they redo points system again then why not. If HRC WOULd actually or a Senior NCO track a new soldier going to lets say NTC as a first duty station . Track that soldier and see how hard it is and what that soldier has to do to make the grade to become an NCO they would see PT and weapons wont cut it when their points stay at 600 .Without maxing civil ed military ed and other schools that new soldier wont have a chance. Not every MOS gets lucky to see 100, 200,or even 39. So yes an education wont hurt anyone or kill any one to get in order to make the next grade. It was said the Army wants to go to a smarter Army since the draw.down so they should have enough personal time to accomplish this task. I dont remember ever seeing it in the NCO creed to cut corners instead of fulfil responcibilities inherent in that role. Maybe i missed something. Anyway An NCO should be held to higher standards and show his soldiers it is possible not generate excuses for them when they cant make the points to become an NCO them selves. What would you tell your soldier if they asked what you did to become and NCO. Oh i complained alot and whined because they changed the standards to get to the next rank. Ya thats what I want to hear .So either have HRC change they points system again or Let those that cant cut the mustard stay where they are and watchan nco they mentored pass them because that soldier used his/her spare time wisely. Any questions? HOOOOAH lets get those degrees
(0)
Reply
(0)

CW4 (Join to see)
7 y
I agree with you all. Take the time and knock it out...with our military lifestyle and hours that we work, it does take time. Mine took like 15 years, partially because I lost track, lost my way, partially because of all the deployments.

MSgt Kerry Lundy
2 mo
CW4 (Join to see) - Making time for it was always my stumbling block. Every time I signed up for a class something always came up that according to my superiors only I could handle i.e. a tdy, staff assistance visit, exercise etc. Often times you have troops who carry the load while the suck ups attend classes. This is also why I retired as an E-7 at the 21 year mark.
(0)
Reply
(0)

LTJG Kevin Matthews
2 mo
SFC (Join to see) - "if you have earned a college degree since becoming an NCO, then you have not been the NCO that should be considered for promotion."

Conversely, someone might wonder why as an SFC you are doing so much "counseling, training, tracking". At this point in your career why aren't you allowing your subordinate NCOs to do their jobs? This looks like a span of control issue. I'm not saying that to be critical of you, it's very difficult for really good leaders to step back and allow the chain to work the way it's supposed to. I'm reminded of the scene in "She Wore A Yellow Ribbon" where John Wayne's character insists on leading a mission and is told his subordinates need to learn how to cross a river under fire, and they won't if he doesn't let them. If PVT Snuffy is coming in and asking questions their squad or even team leader should be handling, it's time to review the capabilities of your junior leaders.

I don't expect the NCO corps to need undergraduate degrees in order to do their jobs. Inevitably some clown will decide a degree is OK, but a MASTER'S is better and education creep will take over at the centralized promotion board level. I think just about ANYONE can manage an AA-level degree over a 20-year career if they take advantage of CLEP courses to knock out their freshman year. NCOES should be first and foremost as far as education requirements, and things like effective communication via writing and speech should be incorporated into that.
(0)
Reply
(0)

CSM (Join to see)
Posted 8 y ago
Is our job in the military to train, fight and win wars or go to college? My issue as I stated before is that this requirement is not realistic for every job. Even with the draw down, I find it hard to believe everyone will be able to do this, and not by any fault of their own. I have my degree, because I nickel and dimed my classes for 10 years between deployments, field problems and schools. I finished in the SGM Academy. So I know how hard I worked to make it happen. I reported to USASMA at 17 years in. So I took 3 course per semester at the academy to finish before graduation. So I was in class until 2200 every night. It was rough. I think we are asking to set a precedent which is unrealistic. I commend those who got their degrees as a specialist because you were able to get special exception to leave the field to go to night school, but a young infantryman is, for the most part, not given permission to leave the field to go to school. I think as enlisted soldiers, we need to focus on being the best NCOs we can be. Be, know and do. I think it should be used as one of those discriminators, but making it mandatory will force individuals to focus on college and not their job which is training Americas sons and daughters the skills necessary to survive in combat.
(25)
Comment
(0)

SGM (Join to see)
>1 y
I completely agree SGM. Too many Soldiers get wrapped up about degrees. While it does prepare you for being a better civilian I question how well it prepared you for your current MOS/job.
I remember reading where one Soldier stated they were mad because they used the year in Korea to start and finish their degree. Of course everybody wondered when that Soldier actually had time to do their job with all of the college classes they were attending.
(3)
Reply
(0)

I propose that while not necessarily our job, it is possible for us to do both. And you SGM stand as an example of this fact. Granted most of us accomplish it where and when we can, but we get it done.
(2)
Reply
(0)

SSG Greg Miech
7 mo
If a degree is not that important why are officers, and senior officers required to have the education? With online college this can happen and not miss out on field problems. And after 20 years an NCO should have the skills necessary to survive combat. Perhaps the evaluation and award recommendations will be written better.
(0)
Reply
(0)

CSM (Join to see)
Posted 8 y ago
I think if we are to make this a requirement, the Army has to allow them to take a year-18 months in order to do it, like they do Captains post command. Not all MOSs afford you the opportunity to leave the field to do college. As a young infantryman, I would do 3 week field problems. So I really didn't start college I til I was a SSG. With deployments back to back to back from 01-08, I had to put my degree on hold. I could not do college overseas at a small FOB or COP. I was finally able to complete my degree last year WHILE I was in the Sergeants Major Academy. I think some college is acceptable, but how much is up for debate, unless the Army puts in the mechanisms to allow this to happen.
(17)
Comment
(0)

SGM Matthew Quick
8 y
Why is our OWN guided self development on the Army's time? If this is true, I hope we, as leaders, are granting work time for our Soldiers to complete their appropriate Structure Self Development courses.
(2)
Reply
(1)

CSM Mike Maynard
8 y
Not all CPTs get to attend Advanced Civilian Schooling (ACS), in fact only about 400 per year are approved. Additionally, there are specific requirements (ADSO and the "need" for the degree has to be validated by the Army).
If having a degree was a requirement, we definitely could not allow all MSGs to attend ACS - sheer numbers away from TOE/TDA units would crush us. Even to allow all SGM selects to attend prior to attending the academy would not be feasible with the number that would be out of the generating/operating force. Additionally, we would be assuming that they already have an associates degree to be able to attend school to earn their Bachelors.
Realistically, with current force structure, it's just not possible and is a bridge too far at this time.
(4)
Reply
(0)

CSM (Join to see)
7 y
I am tracking and I agree. I don't think it is feasible for the enlisted side. I don't think a degree should be a requirement. I absolutely think you can earn a degree. It just took me nearly 10 years to do it. The original thread asked if this should be a requirement for promotion to SGM. I know folks from Class 63 who had 0 college credits. Now, I cannot speculate the reason why they had zero. But I know some who do.
(0)
Reply
(0)
Show More Comments
Read This Next
RallyPoint Home