Should a Service Member be penalized as part of a Custody Evaluation?

CW2 (Join to see)
13.8K
37
32
11
11
0
I recently received a Custody Evaluation that implied that my duty as a member of the Army Reserve caused me to be away too often. Yes, compared to some civilians, a Service Member does get called away from home. What about pilots, district managers, regional sales staff? Don't they spend time away from their family? Shouldn't the concern be a balance of the quality of interaction as much as the quantity? Should a Service Member be automatically given a mark against their ability to care for their child (ren) simply because they serve their country? What are your thought?
Posted in these groups:

SGM Erik Marquez
Edited 7 y ago
Posted 7 y ago
Should, would, could are all opinion based.. in the end, it is the Judges opinion that means the most.
My wife lost her (our) 3 year old son to her Ex (who really only wanted the little one to be an ass)
My son ( I am his father, though not his dad.) was awarded to the Ex by a Pennsylvania judge that felt a woman had no business in the Military, and if she chose that lifestyle, it was that over her child which she no longer cared for (according to him)
Our Son lasted 1.5 years with his Biological father at which point he asked to come back and live with us.. A new judge heard our case, found no fault in my or my wifes profession, and lots of fault with the lack of work, failure to care for the boy by the Ex, and gave us back full custody.

Same state, same lawyer on our part, different judge and the outcome was 180 deg different.
(4)
Comment
(0) 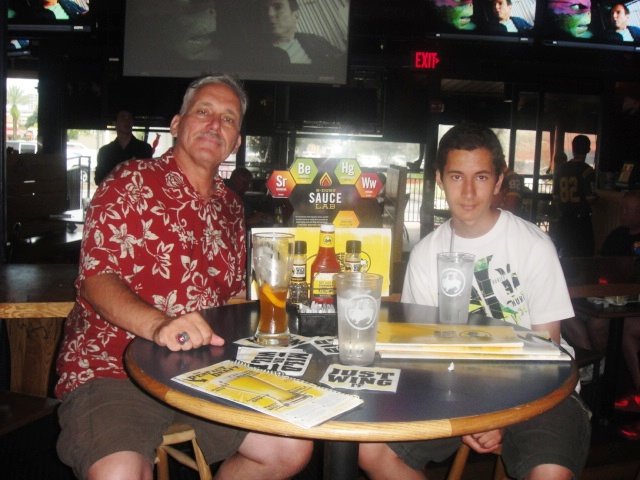 Unfortunately, I experienced a similar scenario. My wife left with my two sons while I was serving on a Transition Team in Iraq. I had to hire an attorney, while going out regularly on missions, who filed an Order to Show Cause for their return. The judge reasoned that he didn't know if I was returning as scheduled and allowed the children to stay in California pending my return. They had been in California, away from their New Jersey home, for two months at that time. They were ordered to return seven months later, and that time was later used against me during the custody trial. There is a big disparity between a parent being away to make money, or some other voluntary reason, and being deployed while serving their country. As you saw in your experience, SGM Marquez, different judge, different outcome. Not objective, nor fair, and devastating to the children. This November will be nine years that they left, and nothing has, nor ever will, be the same. I get to see them four times a year, if there is no interference, and call every night, for a conversation between 1 minute and two hours or so. But they can feel that special feeling, and that is what counts. By they way, I am an attorney who has handled custody and visitation issues, on the civilian side. I can't imagine how others cope, so I still try and help Service Members whenever I can.
(1)
Reply
(0)

COL Jason Smallfield, PMP, CFM, CM
Posted 7 y ago
- 99% of Americans (literal percentage, not a made up percentage) have never served in the US Military and therefore have no clue what military service entails.
- The truth changes over time. Military service from 2003-2011 is different from military service in 2015 in terms of optempo, risk, and "time away from home". Plus this involves a general predictive statement versus a specific actual statement.
- As CW2 Grego points out, there are other professions that involve as much or more time away from home that are not similarly penalized as part of a custody evaluation.
- Holding military service against a service member as part of a custody evaluation therefore does not make logical, comparative or moral sense. I am not arguing for a lesser standard for military personnel when it comes to custody evaluations but there should be the same standard applied to all.
(4)
Comment
(0)

Sgt Aaron Kennedy, MS
7 y
Sir, I think an even bigger point is that "too often" is an unspecific amount of time. Being away from my wife for a single night is "too often" (I know this is a stretch, but it highlights the point). As you said, this phrasing isn't logical, and doesn't allow decision makers to make good decisions.
(0)
Reply
(0)

CDR (Join to see)
7 y
COL Jason Smallfield, PMP, CFM, CM, Sir, if the courts were to look at other professions that keep individuals away from home, I would hope that they also treat them the same as they would military professions.

I don't think it's the military profession that's on trial here, but rather the time spent away from their child. While a sad fact of life, we do spend (on average) a considerable amount of time away from home, making it less of an ideal situation for a child. A court must look at the best interest of the child, not at the nobility of the profession of a child's parent.

I believe the courts should look at the custody agreement based upon a parent's ability to successfully contribute to the child's welfare, while at the same time understanding the parent's profession. If the parent can provide a good home for the child, then let them do so, with the custody agreement taking the profession into consideration (i.e., perhaps make for an equal share custody, with the understanding that if one parent's obligations preclude that parent from having said custody, then their "allotted time" is conceded to the other parent.

At the end of the day, whatever profession we choose, be it military, airline pilot, or otherwise, we do do so on a voluntary basis, with the understanding that our chosen profession may come with consequences, intended or not.