Should male Soldiers shave prior to PT in the morning?

CPT (Join to see)
Posted 6 y ago
As a Medical Officer, from a Healthcare Professional standpoint, it makes more sense to shave when showering after PT. Showering softens the hair and exfoliates the skin, leading to a cleaner and less irritating shave. You are also avoiding rubbing sweat and dirt in fresh wounds.

However, the standard is not set up according to medical wisdom, but according to military guidance, so I arrive to PT shaven.
(76)
Comment
(0)
show previous comments

SPC Brian Mason
2 y
Captain is right!
Since frequent skin irritations can send one to Sick call and eventually the TMC it is best after PT. We get all dirty/sweaty and those pores are freshly aggravated from a razor. Shaving profiles are a thing and they can happen more often than they should.
Medics have to take care of our soldiers both off and on duty. It is up to the company I guess, but if they say before, I'd bring strong argument for after.
(0)
Reply
(0) 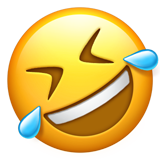 CSM (Join to see)
Posted 6 y ago
Woe be to the Soldier that doesn't.
(56)
Comment
(1)
show previous comments

CPT (Join to see)
>1 y
SFC William Swartz Jr - TB MED 287 is the publication that was pushed out to cover that. Back in the day, people (like myself when I was a private,) just sucked it up and drove on. My sucking it up was actually stopped by my Drill Sergeant at the end of Basic. He called me out and said, "Felder, what the f*ck is wrong with your face?" When I told him I planned on sucking up the Pseudofolliculitis Barbae that I had, he told me, "Felder, there is a line between being hard and stupid, and you're crossing it. Go get seen by Medical."
(0)
Reply
(0)

SFC (Join to see)
2 y
CSM (Join to see) - Well, considering the APFU is allowed to be mixed with civilian attire, unless that has been changed, it is not totally a "military" uniform. Since they lightened up the rules about the women and their hair (which was ridiculous to have to wear the hair off the PT uniform collar in the first place), then the men should have a change as well and allow them to wait to shave after PT and during personal hygiene.
(1)
Reply
(0)

CSM (Join to see)
2 y
SFC (Join to see) if they are in complete APFU standing formation, saluting the flag, and preparing to conduct physical fitness, they are on duty in a military uniform.
(0)
Reply
(0)

LTC (Join to see)
Posted 6 y ago
Many of the responses refer to the irritation that can occur when a freshly-shaved face sweats. There are s few ways around this. Some soldiers (I include myself) can shave the night before and remain smooth well into the following day. For those with heavier beards, a touch-up with an electric shaver should satisfy uniform requirements until post-training hygiene / blade shave if needed.

SFC Michael Mott
>1 y
1 day of stubble usually won't get your ass handed to you, don't show up after the weekend with a full damn beard though. It's not right but I let my joes have a little leeway. I've shaved the night before too, but midday I needed to do it again, just depends on how it looks, and what your daily routine is. Don't go yacking it up with the 1sg on the mornings you aren't freshly shaven. They should change 670-1, but good luck with that...better to fly under the radar and know your surroundings for the time being
(1)
Reply
(0)

MSG John McHugh
2 y
One must look at the reason that was (and probably still is) for shaving any way. The most common response was that shaving was necessary because a gas mask won't seal properly if the face is not clean shaven. Since it has been a long time since any agent has been used in the real world that would require the use of a gas mask I feel that the gas mask sealing rational is not valid.

So, that leaves just one other reason: It is not to embarrass than young 2nd Lt whose baby face does not support the growth of a manly beard . . .
(2)
Reply
(0)

SFC Christopher Coates
2 y
That is what I started doing while in Korea, also allows about another 10-15 sleep.
(0)
Reply
(0)