Should the saying "every Marine a rifleman" be changed? 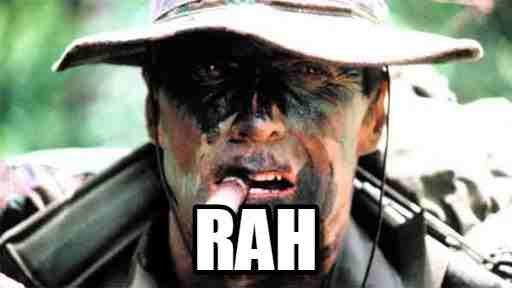 A commonly thrown around term is "Every Marine is a rifleman" I strongly disagree with this statement as I am an 0311 Rifleman. I do agree that every Marine is expected to know how to shoot and qual annually with a rifle. Doesn't mean they're a rifleman. What does everyone else think?
Posted in these groups:

Col Jim Harmon
Posted 4 y ago
The term was true when it was founded and it's true today.

Non-infantry Marines are still called on regularly to serve as riflemen during combat operations. I know the Marines assigned to the 3rd MAW Band were a bit surprised when they arrived in Iraq and were immediately assigned to perimeter defense and convoy security operations.

They didn’t complain, they did their job, and they did it well. Not as well as you or your compatriots would have, but they did it anyway. By serving as riflemen in ‘rear area’ positions (as if there was a rear area in Al Anbar) they freed up enough infantry Marines to take Fallujah.

Every Marine is a rifleman. Not all riflemen are equal.
(210)
Comment
(0)
show previous comments

CSM Clifford Fargason
4 mo
Maj Buck Green - Sorry to burst your bubble. Marines, other than aviators, have been captured by the enemy.
In WWII, 2,274 Marines were taken prisoner. 221 Marines were POWs in the Korean war. For Viet Nam I didn't find a number for the entire number of Marines who were captured. Outside of the 28 aviators, I found CPL Grissett and SGT Zawtocki, both of whom died in captivity, Garwood (some call him a deserter, some say he was POW.) COL Cook, died in captivity (was assigned to HQ Co 3rd Div), and three Marines who were part of the Mayaguez incident. There is controversy on whether they were dead when the helicopters picked up the other survivors, or if they were covering the withdrawal and captured by the Khmer Rouge.
(0)
Reply
(0)

CSM Clifford Fargason
4 mo
GySgt (Join to see) - Maybe you are a bit jealous that the largest amphibious landing was performed primarily by the Army (there were a few Marines involved in the ETO). And while the Army is usually the occupation force, they are also involved in the business of destroying the enemy. Along with all the Army divisions in Europe, there were also 26 Army Divisions serving in the Pacific alongside the six Marine Divisions.
(0)
Reply
(0)

GySgt (Join to see)
4 mo
CSM Clifford Fargason Zero jealously hooah. Except for the fact that we have to survive off of the Army’s scraps from decades before. Congrats, the army conducted the largest amphibious landing in a world war. Take pride in it, but you sound like you’re trying to receive credit for it, so stop. Marine Corps is a small wars force, but we occupied, and participated in every war since this great country’s inception. Give us the money the Army gets, then we can measure dicks on an equal opportunity basis, until then stay in you lane and gather some perspective.

Also to your little backhanded comment of all these stats of Marines captured:

B: let’s not forget the largest surrender in WWII Pacific being the Philippines led by what???? That’s right and Army General who happened to be in charge of Marines at the time.

So let’s curb the oh you sound like your jealous or the oh this is how many Marines were captured. I have had the pleasure of working with phenomenal Soldiers, it’s crap like you’re comment which is devised for the purpose of insult that taint views.
(0)
Reply
(0)

GySgt John O'Donnell
Posted 4 y ago
Brother, though I understand your pride as an 0311, we as Marines are are set apart from other service branches because all Marines attend the School of Infantry for 28 days of "basic" infantry training at either Marine Combat Training Battalion (MCT) or Infantry Training Battalion (ITB).
As a former 8513/0913 Marine Combat Instructor at School of Infanty (West) who served at all levels of training, I can 100% confirm that every Marine is taught and then practically applies the skills of an 03xx during the initial 28 day period. As a 0311, or 0321, 0331, 0341, 0351, you receive advanced MOS specific infantry training that earns the MOS you choose, just as non-infantry Marines go to MOS specific training to earn their MOS. But the foundational infantry training received all Marines after recruit training allows for better communication and understanding on the battlefields our Marine Corps has and will fight on yesterday, today, and tomorrow. That said, "every Marine a (basic) Rifleman" takes nothing away from you as a "advanced" Rifleman (0311), because in the end you are at the tip of the spear, and every Marines' effort on the battlefield is there to support your outcomes. Semper Fi, Brother!!
(145)
Comment
(0)
show previous comments

SGT Gabriel Brown
10 mo
CPL (Join to see) Its not so much about bootcamp as it is about MOS designation in the Marine Corps. 0311 is a rifleman, therefore if you do not hold that designator then you simply aren't a rifleman. Its like going to ranger school and telling people that you are a ranger. No you're not, you're "ranger qualified" but you've never attended RASP, never set foot in batt, and have no tan beret. There is a difference. But the fact that most civies don't know the difference is exactly why people perpetuate this sort of thing. The same reason that people with a tab and no scroll tell folks that they're a ranger is the same mentality that POGs have when they spout off that every Marine is a rifleman. Attending a 3 week course at MCT and rifle qualing makes someone as much a rifleman as ranger school makes them a ranger.
(2)
Reply
(0)

A1C George Montford
9 mo
I went on active duty USAF wite three years Army ROTC, 1 year Army NG, and was
surprised at the complete lack of almost no infantry training, A week or so basic field training, fired a wore out 30 cal. carbine on a 1000 inch range under inept supervision. This was supposedly a military unit. I think all military personell should be trained to some sort of defensive level with basic weapons. I suppose security people were. I was the only person in my imediate unit familaure with any weapon above the 30 cal. m1 carbine.
This was in the mid 50's. ( my darn spell checker failed).
G C Montford former a/2c
(2)
Reply
(0)

SGT Randall Smith
9 mo
CPL Joseph Elinger - : I was a Leg. Big deal. I was at Ft. Bragg in 1966 and in week two of airborne training I left. I could not jump off the tower. My brother on the other hand loved it. He even went Special Forces.
(2)
Reply
(0)

Sgt Jmeans M
8 mo
SGT Gabriel Brown - They are first trained as a Rifleman, First this is embedded from day one, now some POGS are just that but when the Shit hits itthey drop the stapler and go on patrol or where needed.
(1)
Reply
(0)

Cpl Jon Westbrook
Posted 4 y ago
No. I was an 03 and I understand your frustration and am very familiar with this line of thought, but the truth is that the Marine Corps is different from the other branches. I remember a story that illustrates my point perfectly about a VMF deployed in Afghanistan that had Taliban break through the wire and literally walk into the TOC and start shooting. The pilots and air wingers grabbed their gear, rallied together and pushed them back and out of the compound before holding security until the QRF arrived.

The point is that the Marine Corps is a very small branch, and is designed to operated independently as an expeditionary fighting force. This philosophy means that Marines are going to be out in the bush, often alone, and still expected to accomplish the mission. And if it comes down to it, the cook is just another gun in the fight. A less refined one albeit, but still at the very least 4 degrees of a 360.

Good question though. Keep asking questions and learning bro. There's a wealth of knowledge on here and it isn't often you get to have private conversations about stuff like this with Colonels and Majors. Semper yut kill.
(104)
Comment
(0)
show previous comments

LtCol Daniel Daly
11 mo
Great comment Cpl Westbrook, could an "Expeditionary" A-10 Squadron do that? Highly unlikely given the fact that the Air Force conducts 0 infantry training across all occupation fields in their induction pipeline.
(2)
Reply
(0)

SFC (Join to see)
11 mo
LtCol Daniel Daly - Not quite Colonel, Air Force Security Police, Air Base Ground Defence units train continually in infantry tactics. Security Police Units are divided into Police and Air Base ground defense. I was in the 445 military airlift wing from 1982 to 1994. Before that, I was a Marine from 65 to 69 including A Vietnam tour. Because the Air Force has so much money, and we were motivated, we had some great training. I finished my military career with 9 more years in the Army National Guard in an infantry company. Knowing we were going to get activated and deployed we trained our asses off, but of course did not have the money the USAF had.
(2)
Reply
(0)

Richard Alty
9 mo
The aircraft maintainers of 211 MAS would disagree with you. When Camp Bastion was attacked in 2012 they fought (and fought well) as infantry until the RAF Regiment rapid response team was able to arrive from the far side of the base.
(3)
Reply
(0)