The deployment of up to 1,500 more troops authorized for Iraq. 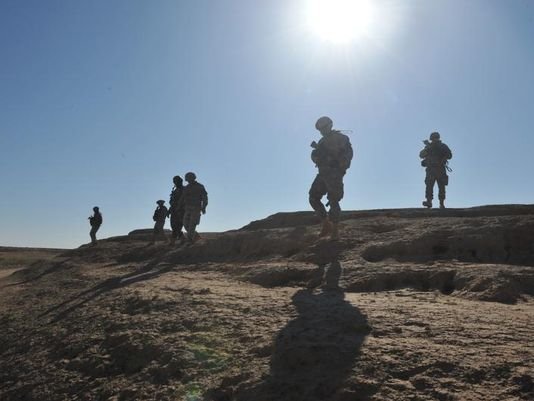 Today our President authorized an additional 1500 more troops to Iraq to battle ISIS. If all 1,500 are deployed, it would almost double the American presence in Iraq. The troops will serve in a non-combat role, expanding the U.S. mission of training and advising Iraqi forces, the "Pentagon said". That will include helping Iraqi forces in the highly volatile section of Anbar Province mostly under ISIS control. As reported by NBC.
http://www.cnbc.com/id/102129732

So have we passed the point of continually stating "no boots on the ground"? And if our troops are in a high volatile section controlled by ISIS are we really non-combat? Are our troops under any ROE's or are they under direction to not respond to any action that may put them in harms way?

I think we are getting close to the point of no return and the inevitable fight we really don't want to start in country again. Not that it has really ever stopped.
Posted in these groups:

SFC Mark Merino
Posted 7 y ago
Godspeed one and all. Get it done and bring your butts home!
(8)
Comment
(0)

MAJ (Join to see)
Posted 7 y ago
The real question is with the deep cuts to troop levels, where will he find 1500 deployment-ready troops to deploy?
(6)
Comment
(0)
Transferred from duplicate topic

SGT(P) Harry Clyde Jr.
7 y
Recall of Retirees and the Reserves. Thats about all thats left nowadays with the cuts/drawdown.
(0)
Reply
(0)

SSG Genaro Negrete
7 y
The reserve and national guard are going to get hit up. If not, then so long dwell time.
(0)
Reply
(0)

MSgt (Join to see)
Posted 7 y ago
What kind of authority will American advisors have over Iraqi soldiers?
Since the beginning of time, foreign advisors have often served as de facto commanders, issuing orders directly to the troops or through the mouthpiece of the nominal indigenous commander. In contrast, there are also plenty of historical examples of foreign advisors being ignored by their indigenous charges. Given the Iraq government’s suspicion regarding U.S. motives, what role U.S. advisors will be able to play in guiding Baghdad’s military operations is a critical question.
(5)
Comment
(0)

SSG Virgil Stripes
7 y
You don't win a war by slowly increasing a pitiful few soldiers at a time. You win a war by overwhelming the freaking enemy, surely, swiftly, and decisively.
(3)
Reply
(0)

MSgt (Join to see)
7 y
About time I see you getting involved SSG Virgil Stripes.
(0)
Reply
(0)

MSgt (Join to see) , I think with the national emergency Iraqi soldiers are facing, they'd be willing to listen to some advice. In my time over there, many Iraqis, soldiers and civilians, stated that with out US or outside backing for their military (in terms of tactics and logistics) the current national force wouldn't be able to sustain itself for long. Granted, that was only a small sample, but I would be willing to say those Iraqi forces are willing to listen.
(1)
Reply
(0)
Show More Comments
Read This Next
RallyPoint Home