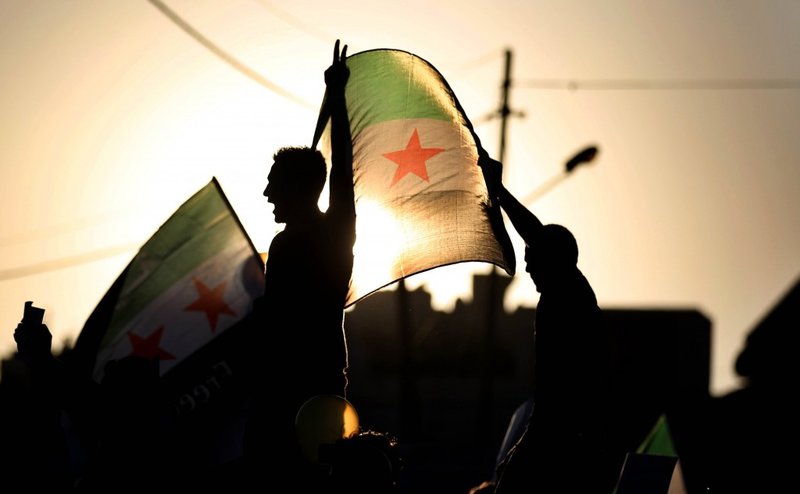 I was talking to a friend at the office and something he told me lit a light in my head. I am pretty sure no one here was alive during the US Civil War. It was a very bloody and brutal war. But did you see American fleeing the country in mass. Even when the Atlanta was burning to the ground you still didn't see Americans flee the country. No matter how bad it got you would still see people fighting for their side. Now in Syria you see so many men that should be fighting for their country fleeing it. If they would take all of the male refugees and train them to fight you would be fielding a huge Army that would attrite ISIS. But not so much, they are fleeing.

Why wouldn't you fight for your way of life? If you are so selfish to where you wouldn't defend your country when they need it most how should another country deal with you. At this point I don't care if they fight for the Free Army, Assad, or ISIS. Just pick a side and do your duty.
Posted in these groups:

CPT Russell Pitre
6 y
It goes to show the difference between those that have honor and those that don't.
(1)
Reply
(0)

MAJ (Join to see)
Posted 6 y ago
The Confederates and Union Armies did not behead men, rape and sell into slavery women, and kill the children.
(2)
Comment
(0)

SGT (Join to see)
Posted 6 y ago
I'm not sure the two are comparable in any stretch of the imagination. You can say "Americans stood and fought because we have grit and respect for ourselves and pride in our country", but I'm not sure this would even be accurate. When our civil war first began there were picnics rested on the hills to watch the battles below, as if they were plays on a stage for the masses, the war didn't touch many families or have a major impact on the nation (economically, etc.) until after the first year when the mass of both armies had been depleted to the point where conscription and mass recruitment campaigns were common practice. The Syrians have had to deal with the war directly in their faces from day one. I'll say this here, I don't think the men should be leaving; women, children, elderly, the handicapped, sure they should flee but the able bodied men need to stand and do something. Another thing I would say is that there actually were a lot of displaced people during our civil war, but we have the luxury of having states the size of most countries, so just due to sheer landmass you could escape the war without leaving your state, definitely without leaving the nation. The Syrians on the other hand have limited habitable land to escape to. I won't get long winded, but I think given a multitude of different reasons, (military capabilities, the inhumanity, the almost definite guarantee this won't be over soon), the Syrian war of today just can't be compared to American war of the past, just like WWII wouldn't be a good comparative to the Gulf War.

I'm more concerned with how the security threat from the influx of refugees world wide is going to directly impact our nation, families, and friends. Thanks for putting up a thought provoking post to get the gears turning!
(2)
Comment
(0)
Show More Comments
Read This Next
RallyPoint Home