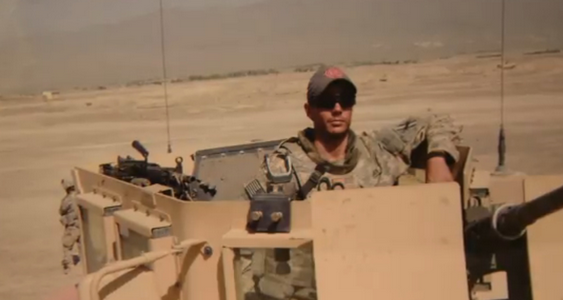 The controversy over whether the U.S. Army is actively treating soldiers with substance abuse problems has returned, as a former soldier recently committed suicide on July 2nd.

Some are describing Georgia National Guard Spc. Stephen Akins’s suicide as a tragedy that was waiting to happen.

After scanning his brain, there were findings of scars, past seizures, combat blast exposure and suicide attempts. His psychiatrist, Patrick Lillard, argued that these findings were evidence that he needed medical treatment, not punishment.

According to USA Today, the Army doesn’t agree with Lillard’s assessment. The Army described Akins as a two-star general that was discharged for his long list of bad behavior.

The Army’s cited such behavior as drunk driving, speeding, missed appointments and cheating on his urinalysis test. It contended that Atkins’ bad behavior had nothing to with traumatic brain injury or emotional problems.

Six months after his expulsion, Akins’s mother, Chrystal, found her son dead in her basement, where he lived, in Austell, Georgia. He had committed suicide by overdose, according to the police.

Chrystal said she was devastated discovering her son dead. “It totally blew me away,” she said. “I’ll live with this the rest of my life.”

The Army has struggled with giving soldiers adequate care for alcohol and drug abuse. The abuse often develops as a result of emotional illnesses and brain injury trauma from combat.

According to a USA Today report in March, the Army’s substance abuse program has declined in quality since 2010, when it shifted to non-medical management.

The investigation showed that after non-medical management took over in 2010, there have been 90 soldiers that have committed suicide within the substance abuse treatment program itself.

There were also 31 suicide cases that Army inspectors described as “sub-standard treatment.” However, staffers that released the records weren’t specific about linking the deaths to poor treatment.


Other Army documents show that of the service’s 54 substance-abuse clinics around the world, half of them are not up to professional standards. However, the clinic at Fort Gordon in Fort Gordon, Ga. is among the best in the Army, which is where Akins was treated.

Lillard said Akins desperately needed more help than the Army gave him and what they could provide. He said he tried to arrange hospitalization for Akins before he left the military, to no avail.

The Army defended their treatment of Akins, stating that despite counseling him for his substance abuse and providing in-patient treatment at a Fort Gorgon hospital in 2013, he continued to abuse drugs.

http://popularmilitary.com/veteran-commits-suicide-after-being-denied-proper-treatment/
Posted in these groups:

LTC John Shaw
Posted 7 y ago
RallyPoint Shared Content Many soldiers are getting put out for behavior problems when the likely originating events are from deployments and the problems stemming from these deployments.
This is where we (Army/VA) do a poor job, especially in the Reserve system. It is good luck, you are on your own and VA will assist if you can prove service related. The qualification for VA coverage and treatment need to continue to be open to more service members who need help.
(7)
Comment
(0)

"The Army described Akins as a two-star general "

PO1 John Miller
7 y
Seriously SN Greg Wright, that was the first thing I noticed too!

RallyPoint Shared Content, do you not "edit" stories and check/recheck them for accuracy before you print them?
(2)
Reply
(0)

SPC Chris Chrystal
Posted 7 y ago
1st off, he was a Sergeant, 2nd off I served with Sgt Akins, 3rd the army failed him kicked him to the curb just like they did me for PTSD, then he goes to VA only to be denied care, I appreciate all my brothers and sister still serving, t please keep you negative comments about Sgt Akins to yourself, Let's not play the blame game
(5)
Comment
(0)
Show More Comments
Read This Next
RallyPoint Home