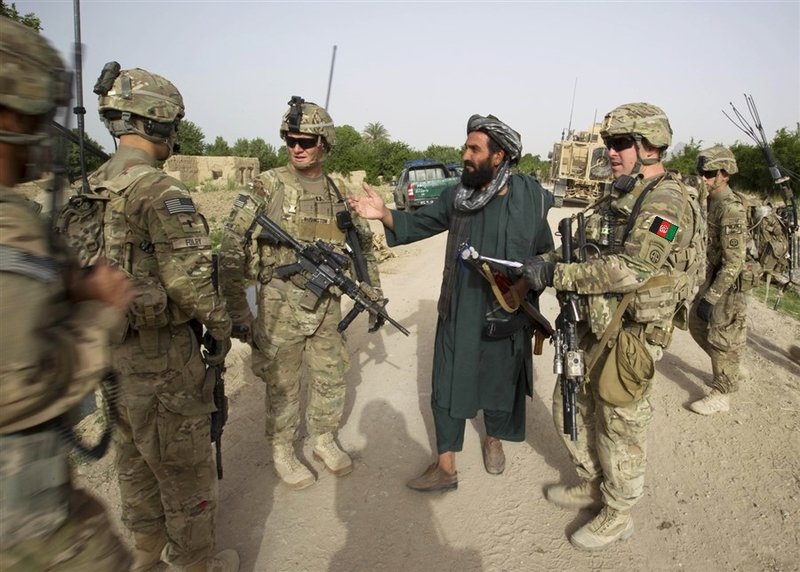 On deployments you may see some uniform variations that would not be seen while stateside. One of them is the wearing of patches. Do you or have you seen this while you were deployed. If you were working with another nation's military would you wear their flag on your uniform as a sign of partnership? Can this get carried away or is it a means to show some motivational patch? Should be strictly adhere to our regulation even while deployed?
Posted in these groups:

SSG(P) Jarrod Taylor
>1 y
I think that we should only wear the US flag, but I also think that we sometimes put too much emphasis on uniforms and appearance while serving in combat. There were times when I felt that the higher-level leaders, and especially the REMFs who never left the wire, got bent out of shape about some very pety issues.
(4)
Reply
(0)

CPT Ray Doeksen
>1 y
CW2 William Nelson, what's your objection to subdued flag patches? Subdued is the only thing that makes sense to me in a tactical situation. If you're in a combat zone, you really want to wear a simulated flag? (Note: the flag patch is a flag patch, it isn't an actual flag.)
(1)
Reply
(0)

SFC Aaron Lutz
>1 y
Red, white, & blue flag patch? Why not go out on mission wearing your Class A's with all your nice unsubdued flashy stuff showing too...that is why our uniforms we wear on mission are known as "camouflage" (yes I know, they're not the best by a long shot either). ;)
(2)
Reply
(0)

SSgt Boyd Herrst
>1 y
I agree, if they tell me to put a u.n.
Patch on it'll go BELOW my U.S. Flag patch.( in fact at sit-rep we were just getting ready to redeploy from, I stuck some duct-tape to the back of a U.N. flag and put it below the U.S. Flag and it was upside down to boot, though I didn't know until s'one on the plane told me). I didn't hear anything about it so maybe since we were leaving, they weRen't concerned. about that I'll never know..
(1)
Reply
(0)

MSG (Join to see)
Posted >1 y ago
It depends on the mission, the type or purpose of the patches, and the operational environment. During my last three deployments working with the Afghan Commandos (CDO), we wore BDUs instead of ACUs or Multicams because the BDU is the CDO uniform. We always wore the US flag on one shoulder and the Afghan flag with a CDO tab and patch on the other. Those additional patches served as a sign of solidarity. When I stood up 2nd CDO Kandak in 2007, their leadership had a ceremony to present us with the patches. Not wearing them would have been a huge rapport killer. From day one, the CDOs have expected US teams to wear CDO tabs and patches, and doing so reinforces the partnership. That being said, we understood our operational environment. During normal training and operations we wore nothing but the patches and flags mentioned above. When traveling to or through FOBs with our partnered force we added a name tape, US Army, and our rank. If we were conducting administrative type functions without our partnered force, such as attending meetings with US leadership, drawing funds, etc., then we changed into a proper uniform and conformed to regulations. There is a time and a place for unauthorized patches that serve a specific function, especially when they are mission enhancers. Wearing "cool guy" patches for the sake of wearing them is another story. Also, remember that regulations can be waived. If the chain of command supports specific flags or patches then I see no issues with them being worn. If the chain of command does not support it, then Soldiers should not be wearing them.
(41)
Comment
(0)

CPT (Join to see)
>1 y
That is very valid point. I have many friends in group that wore the Afghan Commando patch. I think it works in that case. When you are Special Forces it comes with Special privileges that cater to their mission. As soon as I hit 1LT(P) will be trying to count myself among these ranks. But as for now I am in a line unit. Although we do work along side host nations were are partnering with them. I have heard we are doing a SF mission but that is nothing more than a soldier suffering from grandiose.
(4)
Reply
(0)

MSG (Join to see)
>1 y
Well, Sir, there's ego on both sides of that argument. What is an "SF mission?" Sure we have a number of principle tasks like DA, COIN, FID, SFA, etc., but Unconventional Warfare is really the only one specific to Special Operations. There's no reason to think that conventional units don't or can't play a role in any of these mission sets, and it really boils down to a question of capacity and capability. Good luck with the Q-Course. It's a long road, but it's worth the trouble.
(1)
Reply
(0)

CPT (Join to see)
>1 y
When I was in LRS back in the day we training and did missions with the kurds. It was similar to an SF mission. Going to a nation that is not really at war and trying up soldiers that are not going to a fight is not really a SF mission. There is partnership missions but it would be a far cry from what SF would do. What I have seen is the "Tacticool Syndrome" where I am at. If it sound cools then it must be. It is nothing more than some folk tale they tell others just to sound cool. Going from the RA to the NG I have seen many types of soldiers. Unfortunately in the guard we suffer from grandiose on a rampant scale. I have ran into plenty of soldiers here say they are going to go Ranger or SF but of those I have never seen one do it. But they will dress like it in a heartbeat. Thanks for the encouragement. I recall a great man that went into group when he was in his 30's. Bill Martin was one of my team leaders when I was in Corps LRS at Bragg. I will be 34 when I try but I know it can be done and I will give it my all.
(0)
Reply
(0)

MSG (Join to see)
>1 y
My point is that SF does all of that. Foreign Internal Defense and Security Force Assistance are missions we conduct, but they aren't missions that only SF can do. That's why I have an issue with the whole "SF mission" thing. Special Forces along with other Special Operations Forces like CA and MISO units conduct Unconventional Warfare, which is the closest thing to an "SF mission" that I can come up with. I understand what you're saying though. When guys not in an SF unit label and refer to something as an "SF mission," then it's most likely their ego talking. I'm trying to figure out your timeline. I know Bill Martin is a pretty common name, but Billy Martin was on my team in 3rd Group as a Warrant Officer who came to Group as an E7, I think. He's pretty old. I'm not sure if we're talking about the same guy, but he spent time in Ranger Battalion.
(0)
Reply
(0)

CSM Michael J. Uhlig
Posted >1 y ago
C'mon All Americans, we all see you looking pretty carrying your clip board, you don't have to try so hard to blend in - you do not look like an Afghan and your not going to be staying long - we can all see the MRAP and the Afghan Police green Ford Ranger in the background!

Wearing the Afghanistan patch might make that Soldier feel like he is more into the culture or feel closer to the people there however, for Afghans at the Local (village) level, the loyalty is all about family and tribe not national loyalty so helping a village elder or improving an infrastructure system is much better for building a relationships than wearing a patch that cost a buck eighty-five!
(21)
Comment
(0)
show previous comments

Maj James Copp
>1 y
Totally, agree. the biggest mistakes being made is to think for a second that we are going to change the hearts and minds of these "tribes". We can do all the partnering and so called nation building, but when we leave Afghanistan... then the real "show" is going to begin and the same tribal alliances are going to come into play for control of their local and regional territories and that means control of the hash/opium trade and the smuggling routes that have been going on long before we even were having our own spate with King George 200+ years ago.
(1)
Reply
(0)

SGT Beau Thomas
>1 y
CSM Uhlig, are you telling me freedom costs 80 cents more in Afghanistan the the buck o five it costs in America?
(0)
Reply
(0)