What are the best excuses you have heard for people not joining the military? 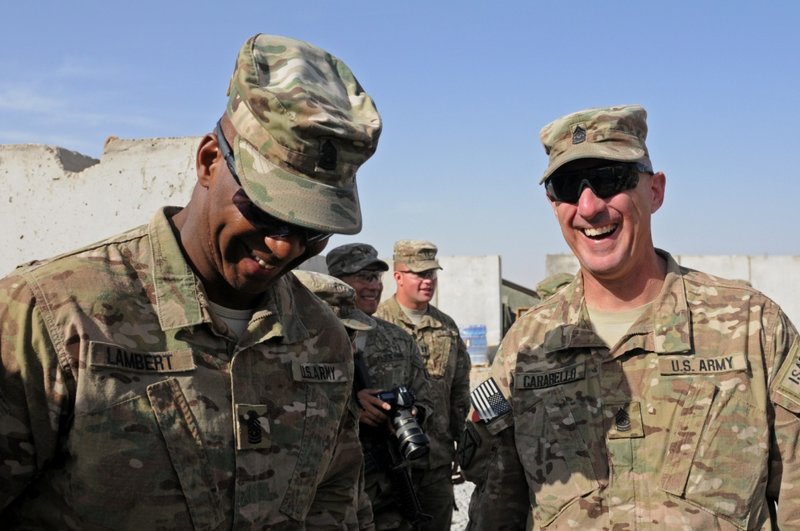 People always have some pretty colorful excuses for not joining the military. What are your favorite/ most absurd?
Posted in these groups:

SSgt (Join to see)
Edited 4 y ago
Posted >1 y ago
My 26 year old cousin has wandered a lot in life, and his argument since high school has been “can’t get a job without experience, can’t get experience without a job.”

So, one Thanksgiving dinner, it was mentioned that he could join the military (in my extended family, replete with a plethora of cousins, I’m the only one that joined.) The table became uncomfortably quiet at that suggestion, and he said “No way! I support my military, but I’m not getting shot at.”

I don’t get invited to many Thanksgiving dinners anymore.
(417)
Comment
(0)
show previous comments

SSgt (Join to see)
>1 y
SSgt Brandt Lancaster - You’re right, Staff Sergeant Lancaster. Military service is not for everyone. And it isn’t always a lack of intestinal fortitude or discipline; it’s just not everyone’s cup of tea. We’ve all served beside people that found out too late that the lifestyle was not what they might have expected, and failed to adapt. Likewise, I challenge the notion that military service alone will turn someone around, that the DIs and boot camp will straighten someone out, or that service in general will make them grow up, start acting right, or become a better person.

I don’t know how my cousin would have fared in the military. He might have been Audie Murphy incarnate, or Private Pyle. He has done well as he’s gotten older, even without service. But I was ate up at his age, far too gung ho for my own good really, and his comment, even with the caveat of his support, just got under my skin.
(4)
Reply
(0)

SMSgt Lawrence McCarter
>1 y
SGT Douglas Byrd - Only people that don't have a clue would say anything like that, Little do they know also there are hundreds of different MOS assignments but also You are never totally off duty and can be called into work even on days off. Often it doesn't just stop at 8 hours but could be longer. That is a Full time job occupation for certain !
(2)
Reply
(0)

Kathy Shingleton
3 y
Sounds like a win to me!LOl but you would have to know my family.
(1)
Reply
(0)

SSG (Join to see)
2 y
My 27 year old nephew. " I support the troops, but not the war"
Finally got him hooked up with a recruiter. Nephew was living in his mom's pumphouse, jobless.
Went through all the steps and got a date for basic training. Mid May. Nope, would interfere with his summer vacation.
I tried
(2)
Reply
(0)

MSgt (Join to see)
Posted 9 y ago
They would have joined, but they'd never make it through basic because if someone gets in their face and yells at them they'd knock them out...
(245)
Comment
(0)
show previous comments

CPO John Magill
>1 y
Have heard that one a lot. But in reality. Soon as the DI board that bus on arrival. Every one of those tough guys are the first ones pissing themselves.
(6)
Reply
(0)

SP5 Dave Forrest
>1 y
Bone spurs that prevent service but not varsity tennis. At my enlistment induction physical they said my eyesight and hearing were too bad to qualify. I found the head doctor and told him a failure to join would break a 5 generation history of service. He "adjusted" some numbers, then during the physical at boot camp (Fort Ord January 1967) a doctor laughed and asked how I got in and when I told him he "adjusted" his test results too.
(6)
Reply
(0)

SPC Sharra Schwartz
>1 y
SP5 Dave Forrest That's actually a beautiful story. Lol. I always loved the Docs who would help you out for a good reason.
(1)
Reply
(0)

SPC Sharra Schwartz
>1 y
I've probably heard this more than any other excuse. Day 1: Drills enter the arrivals bus, and EVERY butthole puckers. But keep lying to your fragile-egoed self, pal.
(3)
Reply
(0)

SFC (Join to see)
Edited 9 y ago
Posted 9 y ago
"I'm not the Army type. I cant deal with being ordered around. If I do join, I would try to start off as like a Sergeant or Officer or something so that I can be in control" - Lowe's Employee <br>
(199)
Comment
(0)
show previous comments

SMSgt Bob Wilson
2 y
Sgt Major: LT, shut up and do what I tell you to do and we, both, will be returning home safely.
LT: Do you know who you are talking to?
Sgt Major: Yes, you remind me of my son, so shut up and listen.

SPC (Join to see)
1 y
MAJ (Join to see) had an LT make us empty some storage rooms and move everything from the room with the longer property list into a larger room, and take everything from the big room (shorter list) and put it in the small room. The smaller room did end up with a short property list, but it was also full to the ceiling with tank parts now. The big room ended up with a pile of DAGRs in the corner, but mission accomplished! The big room had the most items. When the mentioned LT came to inspect, he said something along the lines of "somethin aint right" and decided that the best course of action was to "just move everything upstairs...its not that hard guys" yea just mine rollers and tank plowes, not that hard to move upstairs right? Long story shorter, after a few days of wasting time and playing musical rooms, we finally settled on putting everything back where we found it in the first place. Job well done Sir, have a promotion.
(0)
Reply
(0)
Show More Comments
Read This Next
RallyPoint Home