What if we never close Guantanamo? 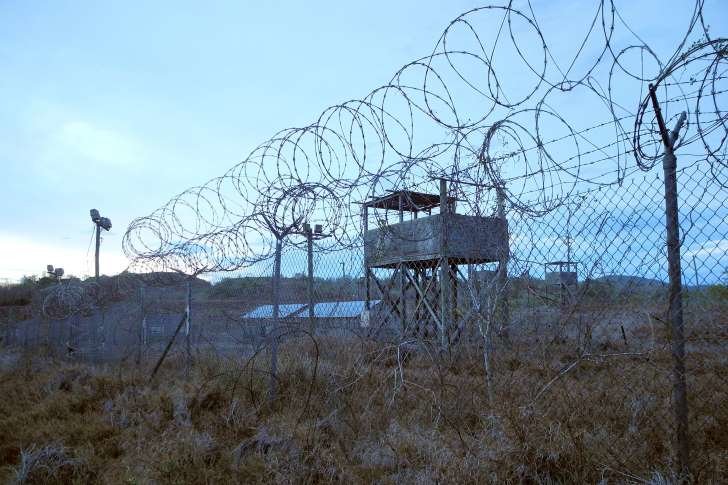 It’s becoming increasingly clear that the U.S. prison at Guantanamo Bay, Cuba, isn’t going to be closed during President Barack Obama's administration -- or beyond, despite the administration's efforts. That raises a deep question about foreign policy and the rule of law: What if Guantanamo never closes, and some of its detainees remain there for the rest of their lives?

The sad truth is that the continued operation of the prison is unlikely to do any more long-term damage to the U.S. reputation abroad -- because the world has already come to the conclusion that the U.S. is no better than anyone else when it comes to dealing with terrorists.

But domestically, the continued operation of the prison will do ongoing harm to the coherence and legitimacy of the U.S. legal system.

Start with some hard political truths.

It's true the U.S. Supreme Court has taken Guantanamo into its jurisdiction, and the worst al-Qaeda detainees are being put on trial. But more than 50 others remain in legal limbo, treated as permanent prisoners of war in a conflict that has no way to end. Their detention calls into question the basic ideas of due process, no matter what legal justification the federal government gives for it.

There’s now a State Department official responsible for finding countries willing to take detainees who’ve been recommended for transfer -- and perhaps before the end of Obama’s term he might be able to find homes for some. But most of the 52 detainees who are cleared for release are Yemenis -- and there’s essentially zero chance Yemen will be secure enough to take them before Obama's term ends in January 2017. They would have to be resettled elsewhere.

Then there’s the question of the 54 detainees who haven’t been charged with crimes but have been classified as too dangerous to release. The only way they can be moved off the island is if Congress agrees to a plan the executive branch is supposed to put forward.

But why would a partisan Republican Congress, in the run-up to a presidential election, give the outgoing Democratic president the victory of fulfilling his campaign promise to close the prison? Excuses won’t be hard to find -- congressional Republicans can just say they aren’t convinced a domestic military detention facility would be safe enough. To his credit, Senator John McCain has tried to negotiate a political compromise. But it seems extremely unlikely he’ll be able to persuade House Republicans to give the Democrats such a gift. And it’s unclear what the Obama administration could realistically give them in return.

The costs of Guantanamo to America’s international reputation have been substantial. The abuse at the Abu Ghraib prison in Iraq was in a sense more shameful, because of the public outcry and belief that the techniques used were more obviously a form of torture. But the U.S. was able to respond by disclaiming those techniques and prosecuting at least some of the (low-level) offenders. But Guantanamo represents official government policy, and always has. The prison was -- and to an important extent remains -- a symbol of U.S. desire and capacity to create a zone of lawlessness. It matters that it’s outside the U.S. And the fact that the Supreme Court held that the Constitution applies there has done little to mitigate the international perception.

http://www.msn.com/en-us/news/opinion/what-happens-if-obama-cant-close-guantanamo-noah-feldman/ar-AAdlZUY
Posted in these groups:

SGM Steve Wettstein
Posted >1 y ago
IMHO there is no need to close it. This gives us a place to put terrorists without them being on CONUS soil.
(9)
Comment
(0)

Capt Seid Waddell
Posted >1 y ago
It should not close until the war against the terrorists is over - a long time from now.

Unfortunately, the POTUS seems determined to turn all of the terrorists there loose and close the place. When this POTUS gets the bit in his teeth he will find a way, Constitutional or not, to get what he wants regardless of what the others two branches of government say or do.

SFC Everett Oliver
Posted >1 y ago
So what if it never closes, And the hell with any other country who has a problem with it. No way should these scum get the rights of a US citizen in our courts. Military tribunals should have been over by now, and would have been if not for the PC crowd....
(6)
Comment
(0)