What's your most memorable military gift?

Col (Join to see)
54.9K
572
257
18
18
0
Throughout our careers we've traveled to many places, met many people, and experienced different cultures where often small gifts are given, and mementos or tokens of appreciation exchanged... along w/ great stories and interesting histories... so, what were yours? It could have something given or received for an end-of-tour, PCS, retirement, graduation or other special event; perhaps something to/from coalition/interagency partners, coworkers, or a token of appreciation for those who worked for you, or even from a family member for a military-related event (or even a military-related gift for a birthday, holiday or other event). Also, for our 'out-of-the-box' thinkers out there, it could've even a piece of advice or something different altogether. Please feel free to share photos, links, text, descriptions or anything needed to tell your story; over the years I've seen some really great items with some absolutely amazing stories. I'm sure this will be a fun and informative discussion, so let's get this thing started; thank you for all that you, and... see you all in the discussion threads!
Posted in these groups: 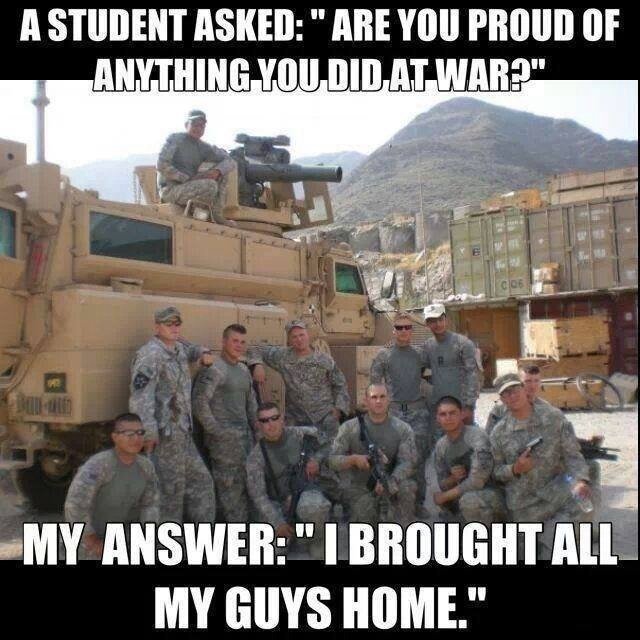 1SG Jason Fitzpatrick
>1 y
Can't argue with that 1SG Haro. I had that same thought in mind. Three different Combat theaters, from Team leader, Squad Leader, Platoon Sergeant and finally First Sergeant. I brought them all home, with the help of my excellent juniro leaders! Seeing their loved ones hugging them at the return ceremony. That is my most memorable gift!
(3)
Reply
(0) 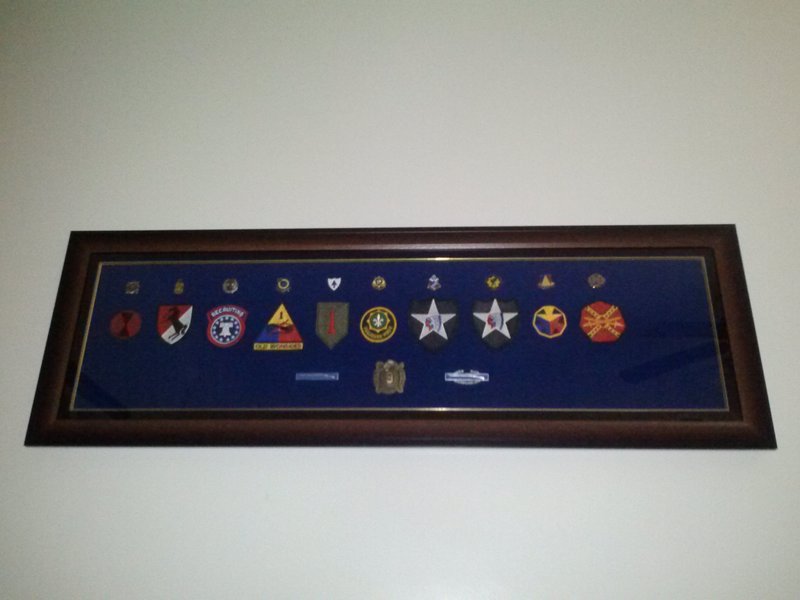 a simple yet elegant way to show the units I've served in over the years....&nbsp; access to their ERB helps out quite a bit!
(24)
Comment
(0)
show previous comments

3 Miles under my belt.  Hated every one of them! 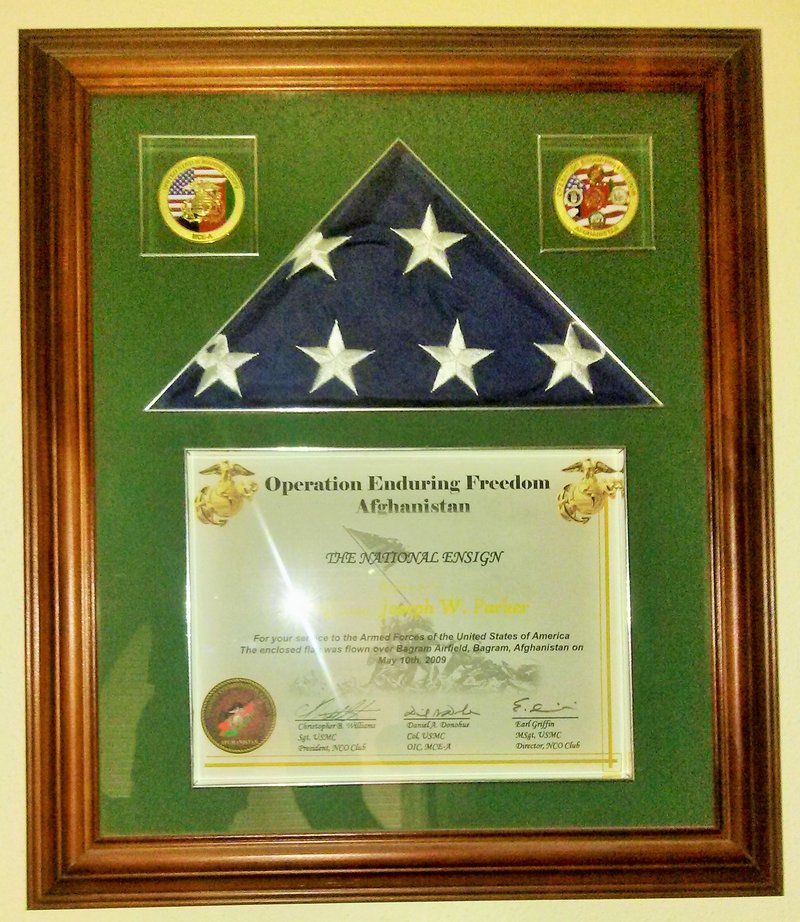 <p>MAJ Burns: Like all of you I have many awards, medals, and gifts from my men, officers, peers, family,&nbsp;diplomats, and even foreign dignitaries and Presidents (ours and others). However, the gift I treasure most was given to me by my son-in-law, SGT Chris Williams, USMC. He was married to our youngest daughter Patricia. While he was off fighting in Fallujah, she fell ill with the flu and died at home, alone, in bed. It happened very quickly. She was found by her mother-in-law less than&nbsp;12 hours after she had fallen ill and went to bed.&nbsp;Every SM here can understand what these circumstances&nbsp;would have on a young Marine in combat. The Corps had him back in Norfolk in 3 days. It gave him 6 months of stateside duty before sending him back to the fight, this time in Afghanistan.</p><p><br></p><p>While in Afghanistan my young widower son-in-law sent me this gift as you see it in the picture; a framed Certificate made out to me and signed by him,&nbsp;a USMC MSG, and the USMC DET CDR (a colonel). The Certificate says "For your service to the Armed Forces of the United States of America, The enclosed flag was flown over Bagram Airfield, Bagram, Afghanistan on May 10th, 2009".&nbsp;&nbsp;</p><p><br></p><p>What a selfless young&nbsp;Marine! He's lost his wife, he is on continual overseas combat tours, and he takes the time to honor MY service! I know now why my daughter married him! This country will always be free as long as we have young men and women of this caliber protecting us. I'd rather have this than the MOH.</p><p><br></p><p>Chris is now a SSG, is remarried, and assigned as the DET CDR for the Marine Guards at the US Embassy in Bolivia. His father is a retired USN MCPO. SSG Williams has had overseas tours in Niger, Finland, Bolivia, Iraq, and Afghanistan; and when stateside plays on the Marine rugby team. My daughter Patricia was a graduate of the Pratt Institute and an architect when she passed away, and is interred in Tacoma.</p><p><br></p><p>Pictures L to R: Gift. Chris and Patricia just prior to his Iraq deployment. Patricia, her sister Laura, my wife of 40 years (also Patricia), and Samson...our last Christmas together.</p>
(22)
Comment
(0)
show previous comments

MSgt Keith Hebert
>1 y
Maj Parker all I can say wow. I was reading your story to my wife and I was choking back the tears. It is strictures like this that people will never understand the relationship that all SM share.
(3)
Reply
(0)

Cpl Glynis Sakowicz
>1 y
Maj Parker, I am so very sorry for your loss. When you have someone deployed in a dangerous area, there is a part of you that gears itself up for "Bad News" even though you ignore that thought, its always with you, but you never expect such pain from those 'safe at home', you know?
I think your son in law was blessed to have such a wife, and though the pain will never cease, you know that she made an unforgettable impact on this world. My prayers are with you and yours, sir.
(2)
Reply
(0)

MAJ Joseph Parker
>1 y
MSGT Hebert: We are all blessed to be brothers and sisters in arms. It helps to share the grief. I subscribe to the DoD email casualty list report, and make it a point to read it in detail when a KIA is reported, even though I almost always have no idea who it may be. A few quiet words are uttered for the fallen SM and his family and unit in the hope that any high ranking celestial being might hear them for action. I am not so presumptuous as to assume any kind of good standing with the Almighty; but it is the least one should do for his military family.
(1)
Reply
(0)
Show More Comments
Read This Next
RallyPoint Home