What were some things you did when you got promoted to the next rank? 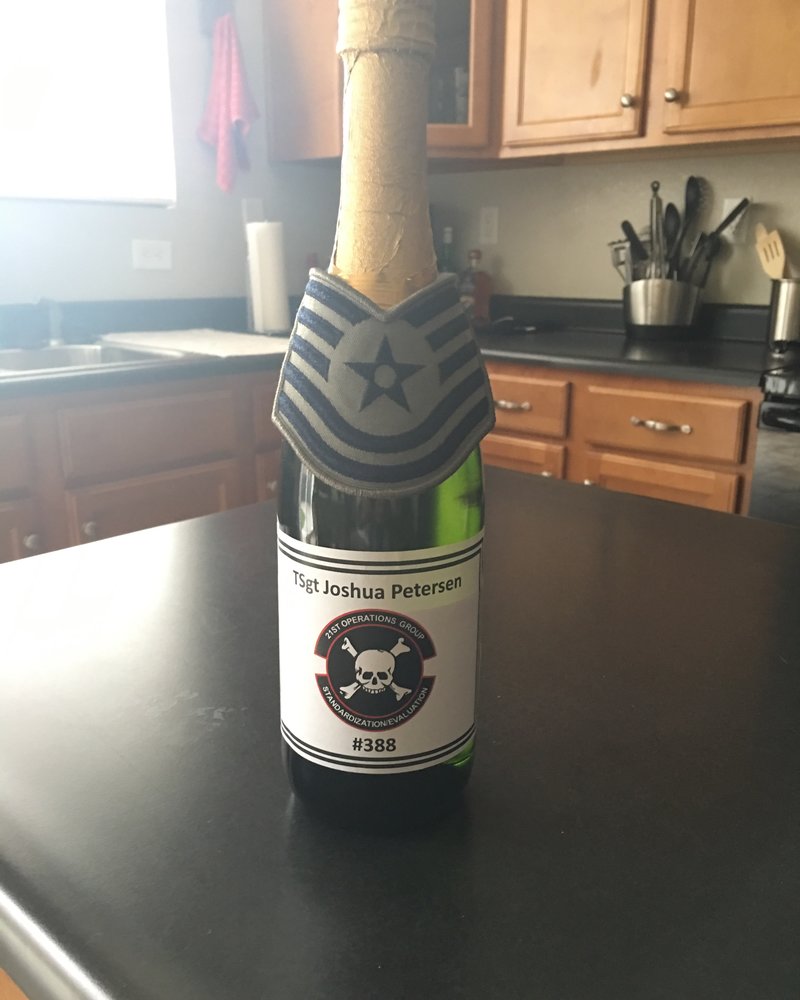 MSG Pat Colby
Posted 4 y ago
The day I got pinned for MSG, I called my Father. He retired as a Gunny (E-7) in the Marines. I informed him that I finally outranked his old ass. After the phone call I realized he had never seen me in my dress uniform. A couple of months later, I took a road trip and surprised him at his usual watering hole. As I walked in wearing my Class A's, he had his back to the door and was slightly hunched over the bar. I loudly proclaimed to the half full bar "I heard there's a weaselly Marine that hangs out here!" He sat up and kinda puffed up a bit before turning around. We had a great time! Of course the drinks were on me.
(5)
Comment
(0)

PO3 John Keas
Posted 4 y ago
I wasn't in long enough to have anything special, but when I made 3rd...I had my Crow tacked on properly. Against Captain Picavance's wishes. He banned any sort of ceremony that even resembled tradition We managed to properly tack crows tho. I think people took a bit too much pleasure in it sometimes...My shoulder still hurts...Was still happy to experience that at least. Still wish I could have Crossed the Line and become a Shellback though...but it was not meant to be.
(3)
Comment
(0)

Lt Col Jim Coe
Posted 4 y ago
Air Force tradition: the officers who are selected on the promotion list, at least for major and above, "buy the bar" at the O'Club. At large bases, the selectees normally got together with the club manager and arranged for a designated number of hours of open bar. If there were several people on the list at one location, they often bought bar snacks. I did this for O-4 and O-5. I paid about a hundred dollars each time (that's 1980s dollars).

I was at the squadron level for promotions to O-2 and O-3. In the 1970s this was no big deal because the promotion rate was nearly 100%. When you normal promotion date came around, you checked with the orderly room, received a copy of your orders, and came to work with you new rank. No ceremony.

Working at a Unified Command, I noticed other Services celebrated only when the selectee pinned on their new rank, so the Air Force officers got to celebrate and pay twice. We had promotion ceremonies that included all the elements you would expect such as a speech by a senior officer telling us what a great person the selectee is, ceremony of re-sweating the officer, family members pinning on new rank, short "thank you" speech by newly promoted officer, then cake and punch (O-4 or O-5) or a reception at the Club with drinks and snacks (colonels and GO/FO).
(3)
Comment
(0)
Show More Comments
Read This Next
RallyPoint Home