What will be the nature of our future operational environment?

MAJ (Join to see)
2.45K
4
3
2
2
0
The Army recently published TRADOC Pamphlet 525-3-7, the Army Human Dimension Concept. In my opinion, the question that this document seeks to define is, "What are the knowledge, skills, and abilities that our future force requires in order to sustain our competitive advantage in the global arena?"

In order to answer that question, we must first identify the nature of our operational environment. For example, are we more likely to face hybrid warfare such as the initial invasion of Iraq, in which we faced a conventional force that quickly dissolved into an insurgency? Are we committed to a policy of Security Force Assistance, similar to active defense, in which small groups of advisors partner with foreign security forces in order to build partnerships; thereby, preventing acts of aggression on American soil? Or, are we more likely to face major combat operations with near peer competitors such as China or Russia?

Once we have defined our future operational environment, then we will be better postured to align our training and development programs in the institutional domain that will provide our future operating force with the knowledge, skills, and abilities to maintain adaptility and sustain our military superiority.

This question is fraught with many potentialities, and several future topics to explore should arise from this discussion. However, the intent of this discussion is to elicit debate on the nature of our future operational environment.
Posted in these groups:

CW5 (Join to see)
Edited 8 y ago
Posted 8 y ago
I think the cyber element of warfare will become more and more significant as the years go by, MAJ (Join to see). Especially as regards "top tiered" adversaries such as China and Russia. I don't see us going to war against those countries, but cyber warfare is likely already ongoing. I do believe we could fight proxy wars against those super powers. Examples might be Taiwan, North Korea, Ukraine.

In my opinion, though, the cyber aspect of warfare will become ever more important as we move forward. Recent articles about adversaries being able to knock out our power grid and other essential services through cyber attacks say something about the significance of the cyber threat and our ability to defend against it in future warfare. The future operational environment will likely have to include a major cyber effort.
(1)
Comment
(0) 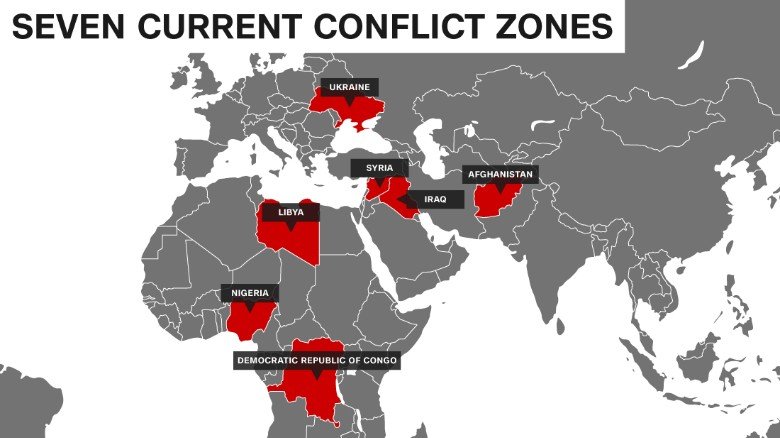 MAJ (Join to see), thanks for asking the question (albeit 3 months ago and I'm just now reading this). Attached is a very good article about what our future conflicts may look like. Key points about our future operational environment: low-tech, manpower intensive, inter-mingled with the population, and outside the bounds of normal nation-state conflict. Additionally, as CW5 (Join to see) indicated, cyber warfare will continue...

The wars of the future (Opinion) - CNN.com

Everything you think you know about the "future of war" is wrong.