Why do most recent Medal of Honor recipients leave the military shortly after being awarded it? 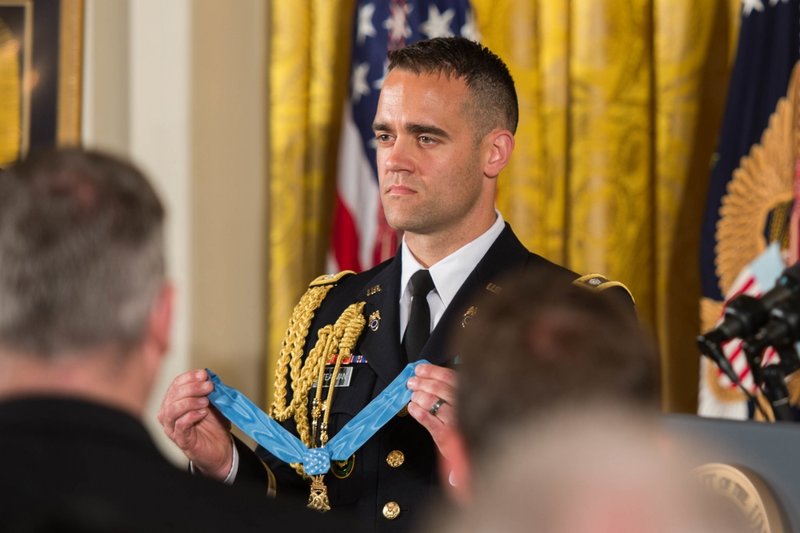 Mainly speaking about the latest MoH recipients from the Global War on Terrorism. I understand you receive a number of benefits for being a recipient of the award, such as; $1200 per month for life, 10% increase in military retirement pension, qualified dependents are automatically approved for attendance at military academies, commissary and PX privileges for life, the list goes on and on. Just wondering why the ones that had under 20 years wouldn't finish. Any thoughts on this?

http://militaryadvantage.military.com/2011/06/the-benefits-for-medal-of-honor-recipeints/
Posted in these groups:

SFC (Join to see)
Posted 4 y ago
Probably because they get tired of being used in the dog and pony show.
(364)
Comment
(0)
show previous comments

LCpl Keith Neathery
3 y
I was under the command of Col. Wesley Fox at OCS in quantico, he was an MoH recip and stayed in until he reached manditory retirement age.
(4)
Reply
(0)

Capt Leo Glover
7 mo
I provided a statement for a MOH winner. He received it in 1967. This man hated being Mister MOH winner and disliked being only recognized for his medal. He later in the 90's sold it at a garage sale and moved to a very isolated area. Gentleman passed away a few years ago.
(1)
Reply
(0)

CPL S S
7 mo
https://en.wikipedia.org/wiki/Allan_J._Kellogg
I worked in the VA in Honolulu with this awesome man...he is the most unassuming person that wants nothing in return. He worked in our homeless office to give out food, clothing and showers to homeless veterans. We put together a team to do a farewell ceremony/party for his retirement of 50 years of service. After planning a big festival with the whole Marine Corps base Hawaii and PACOM commanders and PENTAGON officials to come...he found out and CANCELLED whole thing. He left one day and never came back!!! Saw him last month in the VA Clinic and he is still the same. Story from a veteran that I spoke to that served with him said he took the brunt of a grenade thrown to his position to save the lives of his squad and survived!!!

CSM Chuck Stafford
Posted 4 y ago
Obviously can't speak from experience, but I suspect that:
1) They've all been through a traumatic significant emotional event
2) Their status as a MoH recipient has moved them away from being with Soldiers and more towards public speaking engagements and poster boy stuff (may not be the comfort zone)
(233)
Comment
(0)
show previous comments

MSgt Mike Lucht
3 y
Probably everytime they see medal it reminds them of the worse day of their life.
(2)
Reply
(0)

Also, met a MoH receiptant who did 20. He wondered did he get promoted and respect based off of his merits or the MoH.
(1)
Reply
(0)

PO2 Seth Carron
Posted >1 y ago
I think the biggest reason would be that MoH recipients from the GWOT campaign were all medically retired, or were already out, Dakota Myers was already out when he received his, Kyle Carpenter lost an eye during his actions that earned his, one soldier lost a hand in a grenade blast, this isn't like Forrest Gump where he receives one and the only wound he gets is a bullet in the ass, these service members get seriously wounded.
(224)
Comment
(0)
show previous comments

SSgt James Guy
3 y
John Basilone was paraded around until he volunteered to go back to a combat unit and was killed on Iwo Jima.
(3)
Reply
(0)

PO2 Seth Carron
>1 y
I never said that getting major,.life changing injuries such as losing a hand or eye was a requirement, it's just that due to the sheer risk that recipients have put themselves in, it's generally the norm that they end up seriously wounded.
(0)
Reply
(0)

MSgt Gary Cooley
6 mo
Msgt (retired), I believe they were not the type of person who were seeking the limelight, they were soldiers who did unbelievable things in an unbelievable moment in history, I don't think you will ever find a MOH winner who thought this will get me my MOH, no they are men who fought hardest when their chances were least, they were men doing their duty trying to survive and then thrust into the light where everyday they get to relive the worst day of their lives, most often their sacrifice came when others died. There is a reason why most MOH medal recipients receive the medal posthumously.
(1)
Reply
(0)
Show More Comments
Read This Next
RallyPoint Home