Will the Arctic be the next global flashpoint? 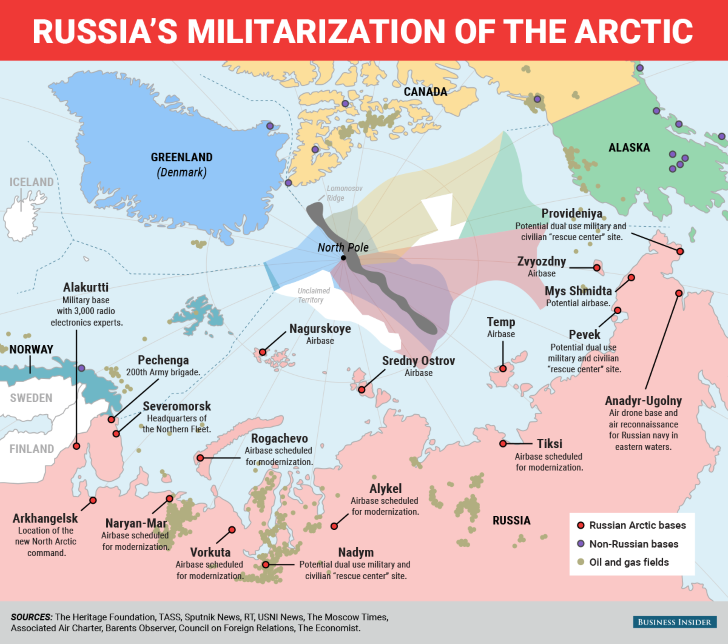 Russia is moving air defense systems modified for the harsh Arctic environment to key areas near its borders with Norway and the US, the US Army's Foreign Military Studies Office (FMSO) notes in its August 2015 report.

According to the FMSO, the Kremlin is looking to place short-to-medium range antiaircraft SA-22 Pantsir-S1 battalions at Murmansk by the Norwegian border and at unspecified locations in the east of Russia facing both the US and Japan.

Russia's militarization of the Arctic comes as the region's ice melts and the area takes on greater geopolitical significance.

The US estimates that about 15% of the world's remaining oil, up to 30% of its natural gas deposits, and about 20% of its liquefied natural gas are stored in the Arctic seabed. Receding Arctic ice would also open up new shipping routes through formerly ice-covered areas.

To capitalize on its advantageous Arctic position, Russia has began a substantial upgrade of its military assets in the region.

http://www.msn.com/en-us/news/world/pentagon-report-russia-is-deploying-new-specially-modified-air-defense-systems-to-the-arctic/ar-CC16kw
Posted in these groups:

COL Charles Williams
Posted >1 y ago
Ice Station Zebra... This was a concern for many years during cold war. I was in the 172d Infantry Brigade, Fort Wainwright, AK from 1981 - 1984, and this was a drill and mission set. It is also a mission of the AK ARNG - Alaskan Scouts. Likely, the threat has never left. I believe the Russians just want to flex their muscles to show, or try to show, they are still a player. They need to focus on domestic issues.
http://www.imdb.com/title/tt0063121/

Directed by John Sturges. With Rock Hudson, Ernest Borgnine, Patrick McGoohan, Jim Brown. Commander James Ferraday, USN, has new orders: get David Jones, a British civilian, Captain Anders, a tough Marine with a platoon of troops, Boris Vasilov, a friendly Russian, and the crew of the nuclear sub USS Tigerfish to the North Pole to rescue the crew of Drift Ice Station Zebra, a weather station at the top of the world. The mission takes on new... 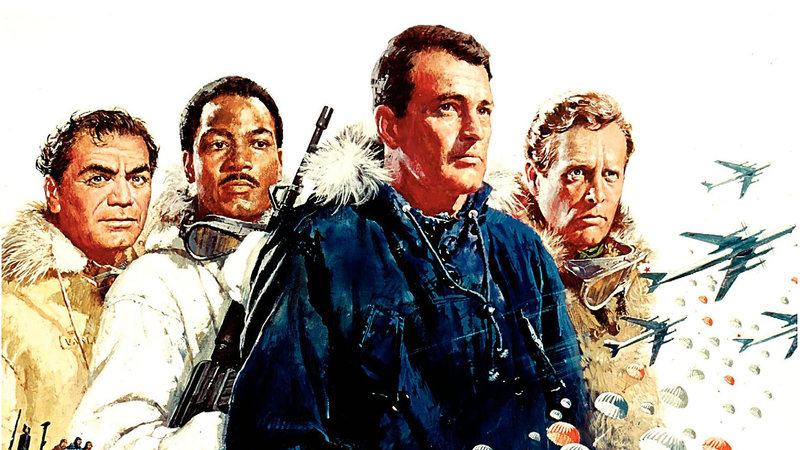 Outstanding movie COL Charles Williams --- probably the only movie I went to see numerous times AT that movie theater!
(0)
Reply
(0)

CW4 (Join to see)
6 y
Got a copy of that book; one of my favorite Alister McLean novels. The movie pretty much lived up to it.
(1)
Reply
(0)

GySgt Wayne A. Ekblad
6 y
I think I have read everything Alister McLean has written CW4 (Join to see)!
(0)
Reply
(0)

LCDR Mike Roshaven
Posted 6 y ago
With the amount of Oil & Gas that the Russian's think they have recently found, added to what they already know about, their share of the resources covered by the 200-350 Exclusive Economic Zone extending from their shoreline is significant. SIGNIFICANT. But they have also been coming up with unique ways to claim more 'shoreline', going so far as planting a Russian Flag on the seafloor AT THE NORTH POLE (they have been working on supporting claims as to why they 'own' the North Pole). What we are looking at, basically, is Russia wanting to claim the entire Arctic. Maybe they will let us keep our little operation in Prudhoe Bay going, but they want as much of this Oil & Gas as they can get their hands on.
(2)
Comment
(0)

1SG (Join to see)
Posted >1 y ago
Quite possibly the worst imaginable duty station.
Waiting by Anti-aircraft weapons that will surely be the first targets taken out, freezing your behind off with no amenities at all, waiting for an attack that will never come.
(2)
Comment
(0)

GySgt Wayne A. Ekblad
6 y
I agree that it is very hard to think of a more difficult duty station 1SG (Join to see) ... of course, I really don't like cold weather to begin with!
(2)
Reply
(0)