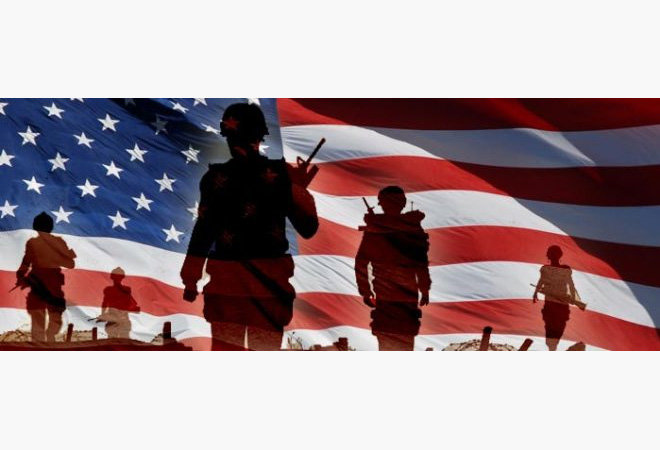 We’ll never forget the 9/11 terrorist attacks. We should also make it a point never to stop supporting our troops—the men and women who protect us from the evil of that horrific day.

I checked into my first unit on 9/11/2001. I had just moved to California and was planning on checking in on 9/14 on a Friday, so I could easily get away for the weekend. My apartment didn’t have any furniture, nothing was unpacked, and all my household goods were in my car when I heard the news. Right away, I put on my uniform and went to check into my unit. I remember, pretty clearly, thinking “they finally did it”, referring to Al Qaeda, and it’s time for us to do our job—what we’ve been training for. Most of us in the military prior to 9/11 knew that an attack against our nation could happen any day. After all, the WTC was first attacked in 1993. The attack in 2001 was the second attempt.

Driving on to Camp Pendleton, nobody knew what was going on. I was asked to get out of my car and I was frisked in my service uniform (standard uniform for Marines checking into units) at the gate because my car wasn’t registered, and the base was implementing THREATCON Delta for probably its first time. After I was cleared, I reported to my unit and introduced myself to the commanding officer. We had a very quick welcome to the unit, and he headed off to a briefing. It was very surreal and intense.

As somebody who joined before 9/11, I can recall that most civilians never spent much time thinking about the military prior to that day. Service members were rarely thanked for service when in uniform… Many of my friends even questioned why I would want to join the military, and it was difficult for them to understand the pride we shared in our service.

Immediately after 9/11, everything changed. The military received more funding and became “popular.” The public would recognize us in a variety of ways. I used to run in my USMC shirt with a small and subtle American flag on it… Suddenly after 9/11 when I would go running, people would wave at me and encourage me as I ran by them. I had to stop wearing the shirt to avoid drawing attention.

When we deployed in January of 2002, everyone in the military had a shared sense of purpose. We were 100% focused on the mission and excited to be in a position to defend our country. Although our deployment to Southeast Asia was prescheduled, we were excited to deploy and be closer to the war.

For years we enjoyed very strong civilian support. During that period, I came back from deployment in July 2002 and then deployed to Kuwait and Iraq in February 2003. There was definitely a sense of duty, of everyone fulfilling their turn to serve. There was also a very strong connection between the military and the rest of the population.

Some Soldiers deploying today to Afghanistan may have been in kindergarden when 9/11 happened. As the wars became protracted, America’s sentiments towards its military began slipping back into pre 9/11 status. It wasn’t until 2009 when I left active duty that I recognized how far the disconnect between the community and the military had become. People asked me “Are we still in Afghanistan?” “Are we still in Iraq?” when we were suffering casualties there every day. It’s important that we remember we’re still fighting some of the old conflicts as we dive into new ones.

It is best to show support to the military not just in times of crisis. Crises come and crises go, but the military is always here, and always ready. We shouldn’t slide back into complacency, or wait for the next conflict to come around before we give the military the recognition it deserves. The best way for civilians to show their gratitude is not with “thank you” and military discounts (although those are appreciated), but to be informed on the issues and remember that military sacrifices are ongoing. As the President made bold decisions just last night about an increased US military campaign against a new enemy emerging in the Middle East, I have to wonder how many Americans woke up this morning even aware that its military has been committed to an escalated conflict.

We don’t expect civilians to understand what it’s like to be in the military, or even why some of us choose to serve. We’re not looking for more handshakes or more pats on the backs. We need to feel supported in our mission, and not just in time of crises.
Posted in these groups:

I wish it really was a turning point and that our nation learned a lesson from the terrible loss of life we faced that day. Sadly, in my opinion, we did not and because we didn't, we will pay with the blood of the innocent again. Look at the mess we are facing now in Syria and Iraq. Look at our current leadership in Washington...both parties...and realize they didn't drop the ball, they sat it down and walked away.
(7)
Comment
(0)

CWO2 B. Sean Fairburn
Posted 6 y ago
Hearing from Civilians that they are praying for us is the best way I hear them say "Thank You". The Media will never convey what actually happens in battle intentionally or unintentionally thus those back home will at best get No information other than if a service member has been killed in combat. I find that the hardest thing is conveying te good that is done every day to help people in foreign lands, directly and indirectly.

Because of that our families, friends, employers co workers (as returning reservist) and the general populous can't fully understand and give an effective form of gratitude and appreciation for the work and the umbrella of protection they enjoy. They just don't know what we do or have done. This breeds frustration conflict and depression.

All n all we know the good we do and have an abundance of unspoken appreciation for our fellow servicemembers that performed with honor in all branches at all levels seen and unseen.

This is why I like Rallypoint the people here "Get it" without explination, justification, apology or excuse.
(4)
Comment
(0)

TSgt Scott Hurley
Posted >1 y ago
I was stationed at Eglin AFB working in the Backshop on the Test Wing side of the base. While I was in the battery shop working on batteries, with the radio on, all of a sudden the music stops and the radio announcers come on and break in with a news announcement that the World Trade Center had been hit by an aircraft. They never did put the music back on since they were trying to get more information out to us as to what had happened. After the second plane hit the other tower and the plane hit the Pentagon we were told that we were in Threatcon Delta. We were in it for like 30 mins when the word went out to send all non essential personnel home. That included the entire test wing. The 33rd FW was loading for bear so they were essential. When I got home to my family. I had called earlier to tell my wife to put on the news. We watched what was happening. We were told not to return to work for a few days. Of course I lived on base at the time. I will say that this day of infamy will always be remembered.
(3)
Comment
(0)
Show More Comments
Read This Next
RallyPoint Home