A Veteran's Response to: “Thank You For Your Service” 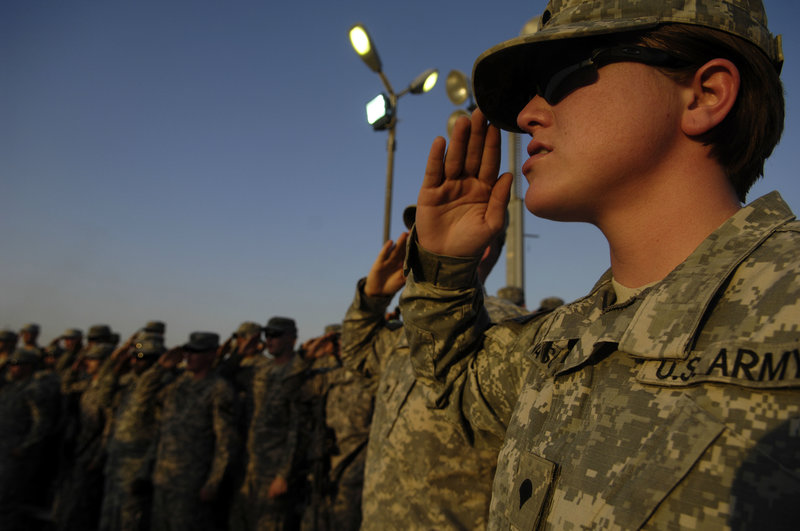 The first time someone thanked me for my service, I was a little stunned – I had no idea how to respond. My first reaction was to say “Thank you”, but no, that wasn’t right; “It was my pleasure” was not exactly accurate either.

I had been out of the Navy already for probably ten years, and I had not heard this before. When I first got out, “Thank you for your service” was not a thing. It was just not something that civilians would really have noticed, let alone something for which they would have considered thanking me. No matter how proud I was to have served, to them it was just something to put on my resume.

Do people even realize what it is they’re thanking me for?

I’m sure my experience was much like a lot of others. Not all, but a lot of us joined because we saw no future for ourselves otherwise. Don’t get me wrong – I was a smart kid who got pretty good grades and could have gone to college. My parents, however, were not financially able to pay for college, or even get loans for me to go to college, and I knew it. And because of our low economic status - or perhaps because my high school academic counselor was getting ready to retire and was just plain tired – I had no idea there were grants and loans I could get with a less than stellar academic record. This was when the internet was still in its infancy, and I thought that unless I had a GPA of 3.8 or higher (which I did not, due to some poor choices I’d made during my Junior year), I would not qualify for financial assistance. I didn’t even bother taking the SATs. So, facing a future in which I delivered pizzas or waited tables to support myself and any hypothetical family I might have, I decided to join the Navy.

At the time (I was 19), I didn’t realize that I was signing up to give up everything in service to my country; that I was signing up to live in the same room with 55 other girls and only one bathroom with no doors on the stalls. To spend 20 hours a day studying, running, doing 8-Count Body Builders, folding my clothes just right, and NOT talking to boys for what seemed like an eternity. And it honestly just did not occur to me that I was signing up to risk my life to protect the freedoms, the lifestyles, and the dreams of millions of strangers – of millions of Americans. But that’s what I did. That’s what we all did. And I realized it soon enough. Most, if not all, servicemen and women can tell you about friends they’ve lost to war, about dreams they’ve lost in service, and relationships they’ve lost to long separations. They can tell you stories of trauma, of fear, and of heartbreak. We gave up our freedom, our option to choose, our chance for a normal life, and, for some of us, our very lives, to protect those very same freedoms for millions of people we did not know, and would never know.

So, for everyone out there who says “Thank You For Your Service”, even if you don’t know exactly what it is you’re thanking me for - “You’re welcome.”
Posted in these groups:

SP5 Tom Manning
2 mo
SSG Bob Teachout - SSGT i think your response is outstanding and if you dont mind i would be honored if i could start using it .
(2)
Reply
(0)

SFC Barbara Layman
1 mo
"It's an honor and a privilege not everyone is able to experience."
(2)
Reply
(0)

SMSgt Dr. G. A. Thomas
Posted >1 y ago
PO3 Celesta (Fox,Parks) Davis I hear this quite often in this military friendly, veteran saturated town however, why do we rebuff, fight it, or fail to know that these people are sincere and are patriots. The last thing we need as a military family is another homecoming like Vietnam. Where soldiers were spit upon, ridiculed, threatened, beaten, and called baby killers. The brand that we have created by our professional decorum cannot and should not be tarnished by our lukewarm responses and self righteous indignation. Find a way to honor their comments and remember where you came from and where these people are. Everyone needs a hero and that's you in the lives of many a American!
(67)
Comment
(0)
show previous comments

LTC (Join to see)
2 mo
PO1 Steven Lipe - This is my response also, "thank you for your support". I never understand why some SMs feel like a 'thank you for your service' is such a bad thing. They'll be the same ones complaining that civilians don't appreciate servicemembers. Acknowledge the sentiment and move on. It's not that hard.
(3)
Reply
(0)

SSG (Join to see)
Posted >1 y ago
You could respond with "Thank you for your service as well." If they respond that they never served, then remind them that there are other ways to serve than being in the military. Teachers, police, firefighters, volunteers at the local soup kitchen, we all can and should serve.
(54)
Comment
(0)
show previous comments

SSgt Jon Hall
1 mo
MAJ Karl Swenson you've misinterpreted .my disciption of a typical exchange. Seems like you are supper sensitive about politics and make everything go that way. Other posts have been more tactful and that's nice but to me if an individual wants to offer their public service the usually are quick to do so giving me the opportunity to thank them for their service. I don't want to hear the bull ship answers of why they've made no contribution to public service what so ever and I've heard a lot of them. Those of those that have and continue to make our communities better as well as state and country. I was .that point of the irony of some dead beat, taker wearing a make America great when they've made no contribution whatsoever. No politics on my part you took it there.
(0)
Reply
(0)

SSgt Jon Hall
1 mo
CW4 Fred Russell sounds like maybe its you that's wearing their political sensitivity on their sleeve. My point was non-political but a simple statement of irony that a free loader would want others to do more to make his life more comfortable.
(0)
Reply
(0)

MAJ Karl Swenson
1 mo
SSgt Jon Hall - First of all, thank you for your service! What you gave is meaningful in the grand scheme of things.
My concern with your post has to do with your perception of why others may not have served. We do not know why others did not answer the call and to presuppose that they are "shit birds" because that is not acceptable. Maybe they didn't serve because the business they owned or worked in may have failed if they left. Maybe they were taking care of an ailing family member and couldn't leave. Or maybe they were not physically able to join the service because of a preexisting condition. There could have been a thousand valid reasons for a person not serving. You and I chose to do so. That doesn't make them any better or worse than us.
We have no requirement in this country to perform public service - that is one of the perks of living in a republic. those that can serve, do. Those who choose not to don't deserve to be called "shit birds" just because they don't. Lighten up, my friend! There are some people out there who are truly thankful for what you have given; let them thank you in their own way, and be humble enough to accept it. And just be glad that today is not the same as 1970 when coming home from Vietnam meant the possibility of ridicule and abuse.
(0)
Reply
(0)

SSgt Jon Hall
1 mo
MAJ Karl Swenson I'm completely familiar with life conditions that that you exampled that would prevent certain types of public service. That's not who I'm talking about. You apparently are comfortable with folks who have no sense of duty or obligation to pay back for the privileged life in this country. I work with people who have all kinds of cituations and they manage to make a contribution even though they're not officially required to. Having said that I have no patience with self declared dead beats. Don't like being laughed at like anyone who contributes are fools while they wipe the provided milk and honey from their chin. I've seen illegal aliens that have more respect and sense of duty. You mentioned being dissed returning from Vietnam Nam. If that's the worst you've thought ever been exposed to your lucky. I could write a book but no matter those things have not changed my attitude towards making things better. There are no excuses for not making at least some minimal effort. Guess I was raised with a different set of values and expectations.
(0)
Reply
(0)
Show More Comments
Read This Next
RallyPoint Home