Advice: Transitioning from the Military to Civilian Employment 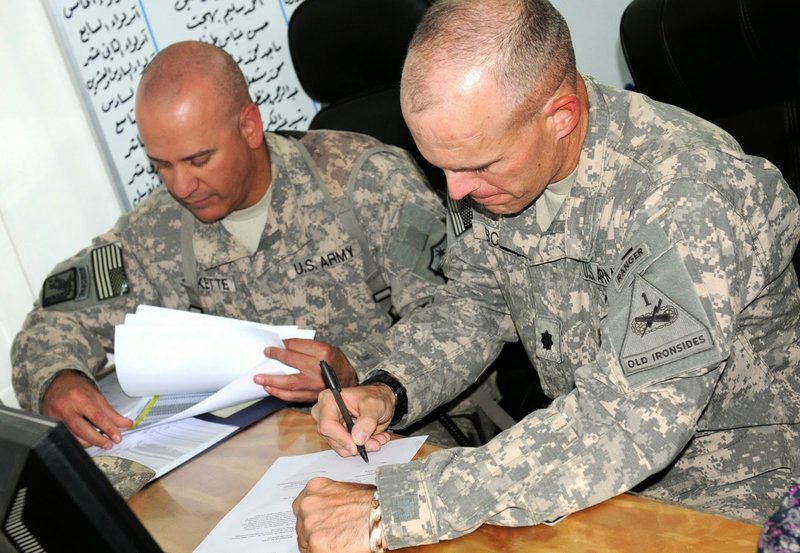 I retired from military service in 2010. For the last two years, I have assisted Veterans as they have been making the transition from their military career to a new career in the private sector. Since then, I’ve noticed some mistakes they all seem to have in common.

The resume: Every resume I have reviewed from a Veteran is written as if they are applying for a job with the military. In other words, civilians who review resumes do not understand what it is you did or accomplished because your resume contains military terms, acronyms, and jargon. To them it is written in a foreign language.

Keep in mind only 1% of the US population serves in the military at any given time. The chances of human resource professionals knowing what a Squad Leader, Platoon Sergeant, First Sergeant, Sergeant Major, Company Commander, Operations Officer or NCOIC, Battalion Commander, etc. does is highly unlikely. If you served in any of these leadership positions, you were supervisors or managers in civilian terms. Write out the responsibilities you had and your accomplishments, and then start changing them to fit the civilian world.

Let’s take a look at SFC Joe Snuffy, who is getting ready to retire. His resume says he was in charge of the maintenance of 14 M-1 Abrams tanks. The price tag on an M-1 Abrams is $4.3 million. How do I know? I looked it up online. Would it not sound better on the resume to say he was responsible for maintaining more than $60 million worth of equipment in operational order? SFC Snuffy then must explain how he accomplished that duty and what results he caused. “Received special recognition from senior executives for implementing effective work schedules, maintenance procedures, and training programs that kept $60 million of equipment operational,” sounds a lot more impressive than, “Responsible for keeping 14 tanks operational.”

Another mistake I’ve seen is Veterans expecting to start in a civilian job at the same leadership level they had in the military. If you were an E-7 in the military and you transferred to a new duty station, you were put in an E-7 position. It does not work that way leaving a military career for a civilian career. I assisted a recently retired Colonel who was sending out a lot of resumes, but not getting any interviews. There were two reasons why he was not getting invited for interviews. The first was his resume; it was all military speak. The second was the positions he was applying for. He was expecting to get a vice-president position because he retired as a Colonel. I had to give him the hard, cold fact that it was not going to happen like that. I told him if he wanted a job, he had look for and apply to middle management positions. After fixing his resume and applying for middle management positions, he started getting interviews!

Another thing transitioning Veterans need to realize is the fact that the economy is making it tough for anyone to find a good paying position. The unemployment rate is still relatively high, which has increases competition. Talk to any human resource professional and they will tell you they receive hundreds, if not thousands, of resumes for positions their companies are advertising to fill. Transitioning Veterans need to keep this in mind so they do not become continuously discouraged when they do not immediately find employment.

The increased competition brings me to another mistake Veterans are making: not marketing themselves effectively. First of all, I do not recommend wasting money and paying to have resumes professionally re-written because it is not worth it. There is no such thing as a resume that will work for any job you apply for. Looking for a job is a full-time job. When you see a job posting on Indeed, Monster, CareerBuilder, et al., the employer is giving you the requirements they expect an applicant to have. You need to rewrite your resume to reflect you meet at least 90% of those requirements. You need to use the same action words used in those requirements because most HR departments are using software to scan your resume based upon those words. If you are applying for “Basket Weaver Manager”, be sure the title of your resume is “Basket Weaver Manager.”

Take this: You have rewritten your resume to apply for the “Basket Weaver Manager” position with ABC Company. Now save it on your computer as, “ABC Company Resume.” When you do that, and ABC Company calls you to come in for an interview, you can review the resume before you go to the interview. Remember, it is important that you print a few copies to take with you to the interview. It never hurts to hand the interviewer another copy of your resume as they sometimes forget to bring a copy with them.

Cover letters should always accompany your resume when you apply for a job. If you are applying for the “Basket Weaver Manager” position at ABC Company, then go to their website and look for their contact information. Call the company and ask them for the name of their Human Resource Director. If they do not have one, ask for the name of the Hiring Manager. By all means, once you get that person’s name, ask for their contact info as well; telephone number and email address. When you write your cover letter, address it directly to that person. A few days after you’ve submitted your resume, call or email that person to follow up. I prefer calling - that way, if they did not receive it, then you can ask to send it to their email address rather than count on them getting it through the company website.

Another problem Veterans make regards their use of social media. If you use Facebook, Twitter, or any other social media site that can be linked to your resume, take all derogatory comments off them. Many prospective employers have been known to research potential employees before they decide to hire them. You do not want to market yourself on these sites as someone who complains a lot or someone who would not fit into the culture of their company.

Vikki Nicometo
Posted 6 y ago
Really great advice. I would add that applying online is the WORST way to find a job - get out there and network!
(5)
Comment
(0)

SPC John Lebiecki
>1 y
I completely agree with this statement. BUT about 90% of applications are online. Networking is a great tool as you can build a reputation with others in your field and potential hiring managers.
(0)
Reply
(0)

SSgt June Worden
Posted 7 y ago
Thank you for your knowledge and commitment to those that are transitioning!
(5)
Comment
(0)

PO1 (Join to see)
Posted 7 y ago
thanks for this article. I retire in 18 months
(5)
Comment
(0)
Show More Comments
Read This Next
RallyPoint Home