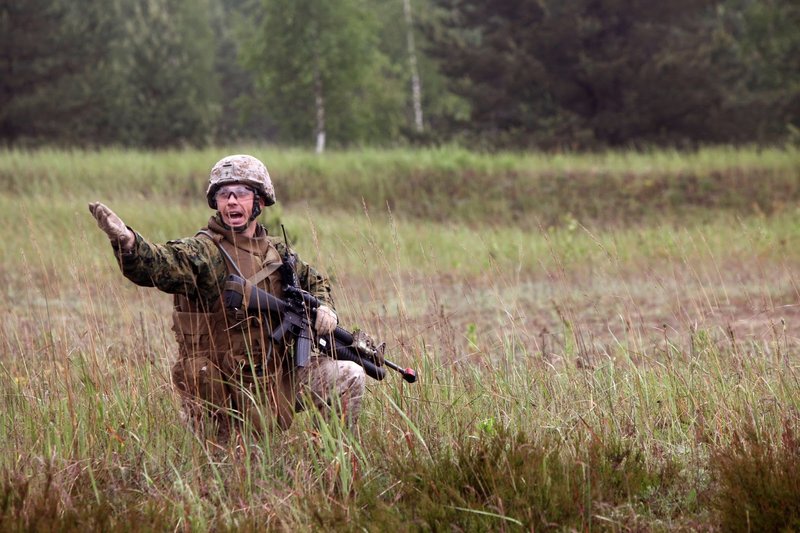 Capt Matthew W. Tracy (USMC) wrote an essay for the 2005 Hogaboom Leadership Writing Contest called, Co-opting the Charismatic Malcontent. In the essay, he addressed the impediment that the charismatic malcontent (CM) poses to his or her command. I would like to know what you think about the main points of the essay and/or how you’ve seen this play out in your own experiences.

Definitions:
-Charismatic Malcontent (CM): A service member (in this case a Marine) who is disgruntled and dissatisfied with his command, whose power is garnered through charisma, and who exercises his ability to undermine the command. His destructive power ranges from breeding indifference and apathy within his circle of influence to participating in criminal actions.
-Professional Marine (PM): A Marine who would take a legitimate complaint with a program or decision to his superior privately in an effort to seek a resolution or improvement, and ultimate mission accomplishment.

Main Point #1: CM’s have a destructive power in the unit that ranges from breeding indifference and apathy in a fellow Marine to creating a criminal cartel within the organization.

Main Point #2: Overtly challenging the CM will likely do more harm than good. Therefore, more covert methods must be employed to co-opt him or her.

Main Point #3: Leaders can ill afford to allow the kind of fracturing and polarization that a CM can cause.

Main Point #4: Every member of a team or unit is an asset, including the CM, and if a leader has the skills to pull it off, co-opting him or her can be well worth the effort.

Questions for Consideration:
- Have you ever known a charismatic malcontent in your unit? Did the command co-opt him/her, wait for him/her to PCS or transfer, confront him/her directly, or allow him/her to sow seeds of malcontent within the unit and address symptoms of that as they crept up?
- What would you have done differently if you had read this article or understood these concepts at that time?
- Do you know of a different way to accomplish the same result as the one proposed here?
Posted in these groups:

Sgt Aaron Kennedy, MS
Posted 7 y ago
I hate to challenge a premise without being able to read the original article (I have tried to locate it). But one of the things that makes the US military strong is our decentralized command & control structure.

As such, the "influence" of the CM is significantly lessened, especially at lower ranks. We have to make specific assumptions, namely that they are below the SNCO rank (so Sgt & below), which generally means their sphere of influence is only about 40 people. In a command the size of a Battalion (600-1000 at BLT strength), this is significantly mitigated.

It is just harder to work uphill than downhill. The gravity of rank being in effect.

That said, I'll try and address the points.

1) This is a great theoretical point, though my above shows how it is severely hampered. There are just too many layers of supervision, and accountability, not just from above, but laterally.

2) This point has some validity. Proper mentoring, or more aptly turning him into a shadow for a more senior PM, and forcing him to convert from CM to PM through exposure "might" be better.

3) Morale is essential, however as stated above, a CM is like a hammer to a tank. It's not one troop that destroys a unit. It's a pervasive mentality, and it more than likely came from the top down, vice the bottom up.

4) Everyone is an example. Some to emulate, some to avoid. As stated, all are assets. Some make the job easier by being their for the main effort, while other make it easier by removing other distractions (like working parties you don't want the main effort engaged in).

- "Have you ever known a charismatic malcontent in your unit? Did the command co-opt him/her, wait for him/her to PCS or transfer, confront him/her directly, or allow him/her to sow seeds of malcontent within the unit and address symptoms of that as they crept up?"

Yes. You have to deal with each individual differently. Some require a "loving hand," while others need reminding that those around them haven't grown to hate this place yet, and deserve the chance to make their own opinions. Still others deserve the opportunity to be occupied so they don't cause trouble.

- "What would you have done differently if you had read this article or understood these concepts at that time?"

Not sure. I've adjusted my leadership style dozens, if not hundreds of times over the last 20 years.

- "- Do you know of a different way to accomplish the same result as the one proposed here?
Posted in these groups: Calm_leader Leadership"

I mention pairing above.
(1)
Comment
(0)
Read This Next
RallyPoint Home