Dealing With the Effects of Post Traumatic Stress: Have You Considered Virtual Reality Therapy to Treat PTS? 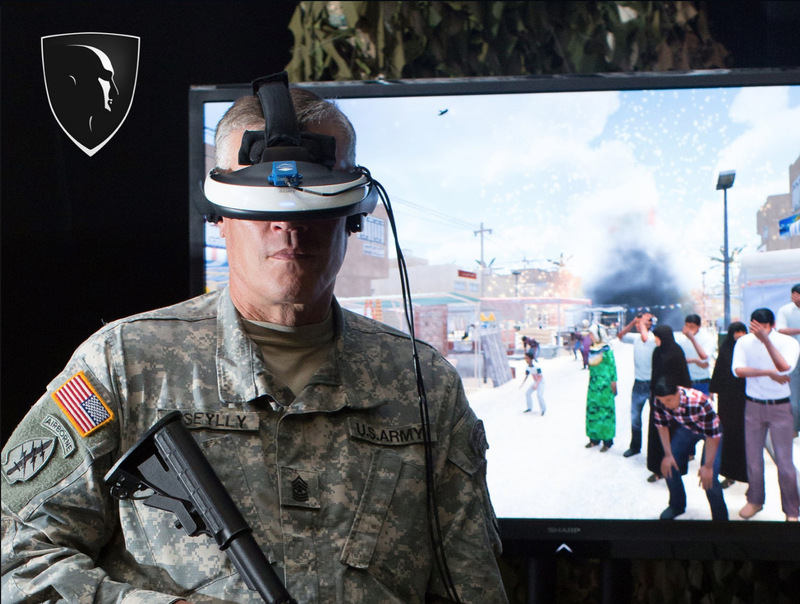 More than 3 million Americans have served around 5.4 million deployments since the horrendous events that took place on 9/11, resulting in a considerable number of young veterans struggling with a plethora of mental health issues, including post-traumatic stress (PTS) and depression.

For those veterans that are living with the effects of PTS, navigating life after service can present many obstacles and challenges, especially when greater than half of veterans with PTS never receive treatment. Says Dr. Albert “Skip” Rizzo, PhD, director of Medical Virtual Reality at the Institute for Creative Technologies at the University of Southern California, “You’re always looking for the next shoe to drop. That might have been a survival skill in combat, but it doesn’t work so well in civilian life.”

In an effort to combat the high national average of 20 U.S. military veteran suicides that occur each day and to offer an additional solution to treating PTS, the national non-profit organization SoldierStrong maintains a partnership with the Veterans Administration to offer StrongMind. StrongMind is a revolutionary virtual reality therapy program that maximizes the efficiency of PTS treatment while appealing to young veterans. Due in part to the ever growing popularity of gaming, the use of virtual reality therapy as a way to treat PTS remains appealing to young veterans who may not be inclined to participate in traditional therapy practices.

Exposure therapy, the practice of recalling a troubling memory while talking through the nuances of that memory with a therapist, is a proven effective method in treating PTS. However, veterans dealing with PTS often find it difficult to summon specific memories of their time in service. Virtual reality therapy makes the process of recalling such memories easier for veterans.

The technology in the StrongMind virtual reality system utilizes an array of specific “worlds.” These fourteen different “worlds” offer a wide range of combat scenarios, such as a crowded Iraqi marketplace. Therapists can select a specific world and customize it, recreating the scene of the troubling memory in the virtual reality headset, thus placing the veteran squarely back within the midst of that memory.

The protocol may come across as simple in writing, but as Dr. Rizzo notes, exposure therapy can be “hard medicine for a hard problem.” However, if done in a safe and supportive environment, in which veterans feel comfortable, it can help individuals confront and deal with their emotions surrounding a traumatic memory in a healthy and effective manner.

The StrongMind program remains so effective because it affords therapists the control to customize the world in the headset so precisely, that sounds, smells and the time of day mirror those of the exact memory. Experiencing troubling memories repeatedly works to reduce the brain’s response to them, so that veterans can begin to have greater control of their memories instead of their memories continuing to have a large stranglehold on them.

“It gets them to talk about things they’ve never talked to anyone about before,” said Dr. Rizzo, “Those memories don’t have the same intense, painful emotional power that they did before. Patients start to feel empowered, to feel that they got it out, and that they can talk about it.”

The StrongMind initiative has donated 12 virtual reality headsets to VA Hospitals across the country since September.

To learn more about SoldierStrong’s StrongMind program, please visit us on the web at https://www.soldierstrong.org/strongmind/
Posted in these groups:

1SG (Join to see)
Posted 9 mo ago
I relive that every night.
The last thing I need to do is get in a VR system to relive it consciously.

I know these people mean well, and wish them luck in helping others that might benefit from this kind of thing.
But hard pass from me.
(23)
Comment
(0)
show previous comments

SSgt Richard Kensinger
8 mo
MAJ Byron O. - I and other clinicians have done it. Internalizing all the raw feeling never works. Achieving a degree of relief can prevent suicide which we know is quite high in combat vets. And of the 20 a day who kill themselves, 14 are not being followed by a VAC. So engagement is vital.
Rich
(3)
Reply
(0)

MAJ Jack Horn, LPC, NCC, CCMHC, CCTP, CCTP-II, CCFP, CDBT
8 mo
I have found, as a practicing trauma therapist, that the skillful use of clinical hypnosis is at least as effective as VR and has less retraumatizing potential. There are things a skilled therapist can do with a veteran while in trance that are difficult to impossible to do with other approaches. I am trained in a number of trauma treatment approaches, to include EMDR, but I have found that nothing approaches the level of success I get with hypnosis, even when only used in conjunction with another treatment modality. My Current caseload includes veterans as well as federal, state, and local law enforcement; first responders; and their families (e.g. couples/marital counseling). Just my two cents worth based solely on my own clinical experience and observations.
(2)
Reply
(0)

SSG Terry O'Donal
7 mo
I deal with nightmares almost every night and that is enough reality therapy for me. I already turned this down at my local VA clinic. Now all they want to do is drug me to sleep every night. To which I also said no thank you. I am coming to the belief that for some of us who have multiple traumatic events in our military careers the VA does not offer a cure only reactionary drug treatment for the symptoms.
(1)
Reply
(0)

1SG (Join to see)
7 mo
SSG Terry O'Donal - Unfortunately, I agree with you.
I think the best choice is to find others who understand.
(0)
Reply
(0)

SSgt Richard Kensinger
9 mo
Perhaps if you desire, I can help you figure this out based on my clinical experience. You can reach me " [login to see] ". And it won't cost you a penny. I offer clinical consultation to vets as far back as Korea. It is my commitment to all who served and those who never made it home alive from Vietnam.
Rich
(3)
Reply
(0)

SGT Everett M. Cheney
8 mo
With you brother . I had a counselor tell me she couldn’t help me . I stared into her face and agreed, “you’re right you can’t “. Then I searched and found an amazing doc that could and he helped me help myself and I truly believe he enabled me to save myself . Never stop fighting to be better to be whole, you’re worth it .
(1)
Reply
(0)

CSM Thomas Ray
8 mo
For those of us that have suffered from PTSD, even before it was recognized, some have figured out some of the triggers and learned to live with it with help from alcohol and drugs. As someone said : If you want to interview Viet Nam vets with undiagnosed PTSD, go to the prisons or homeless shelters.
(0)
Reply
(0)

Maj Kim P.
Posted 9 mo ago
Chris Meek perhaps for the young troops who grew up with technology... For me personally, I’ll pass.
(10)
Comment
(0)
Show More Comments
Read This Next
RallyPoint Home