Leadership and the Servant-Leader 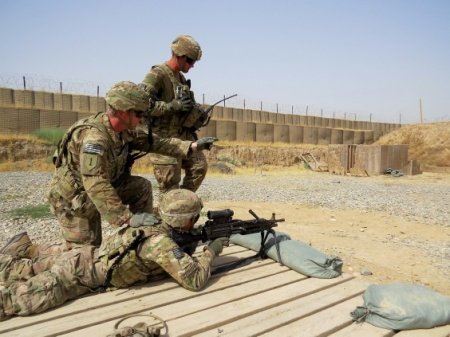 Leadership, by Army definition, is the process of influencing people by providing purpose, direction, and motivation to accomplish the mission and improve the organization.

The leader is in charge. We say, when in charge, to TAKE charge! Make decisions. Assign troops to tasks and get the job done. Those troops serve the NCOs, who in turn serve Officers, and everyone is contributing to the unity of command and accomplishment of the mission.

This is all good, but let’s have a thought experiment. What if leaders were the servants of those they lead?

The idea of the servant-leader is pretty far out from old Army norms but take a second and think of how it applies to you and your organization. Officers hand down a mission, and we say, “Yes, Sir!' and it's done. Inside our psyche we have already rated the the mission’s requirements over the requirements of our subordinates. The Commander is the boss and we are going to get the job done. Most of our brain power is then used in accomplishing the mission.

The servant-leader, instead, places a small disconnect between the rank of the boss and needs of the subordinate Soldiers. The servant-leader stands one with their Soldiers and looks up at the leadership from this point of view.

In this upside down world, servant-leaders must listen to their Soldiers and treat their words as if they are as important as the words coming from the Platoon Leader.

The servant-leader has a higher sense of awareness and must know the troops in order to lead them as he/she stands one with them and does not use rank as the primary driving force of action.

The servant-leader must lead by example, and this is best displayed in technical competence in their position. An Engineer NCO who can make a D7 dozer sing leads by example and stands on a platform of excellence. Make your Soldiers want to be like you, and drive yourself as hard as you drive your troops.

The servant-leader must use persuasion and interpersonal skills to get subordinates to act. This means explaining the importance of the operation and providing real motivation and direction beyond, “The First Sergeant said it is time to replace the sandbags,” or, “FRAGO five hundred and seven, we are moving to the alternate site because this Officer said so.”

Why are we doing it? Translate the big picture of the operation to the motivation of the troops to act on.

What benefits do you reap when you become the servant-leader?

Your Soldiers will perform for you. Soldiers will work their hind-end off for jerk leaders just the same as they will servant-leaders, but there is a difference between performing and “working your hind-end off”. Subordinates perform through teamwork, giving a crap about the mission, going above and beyond, and thinking critically about what needs to be done. When Soldiers give a crap, your potential for mission success gets a lot better.

Soldiers in turn learn to develop their subordinates just the same way you develop them. The long term culture change promotes a positive growth in the Army, and you will grow legitimate leaders. Soldiers gain real self worth which combats suicide, depression and all the stuff we have high speed programs in place to prevent.

What do you lose by becoming a servant-leader?

As with all of my philosophy, take what works for you, and trash the rest.
Posted in these groups:

"Leadership is the art of getting someone else to do something you want done because he wants to do it." - Dwight D. Eisenhower
(6)
Comment
(0)

SFC (Join to see)
Posted 6 y ago
Leaders are viewed as the ones in charge but is not always the case. Some people think that because their rank,they are in charge. I think a servant leader as well as a leader that can lead from the front can also be a good combination. An experienced NCO told me once that if if I was going to work just for the paycheck it was time for me to look for something else to do. He said that after explaining to me that leadership had nothing to do with rank but with the abilities to make other people do something extraordinary because they felt inspired not forced to do it. That is the kind of leader I strive to be every day, one that devotes himself to his Soldiers but can also take care of his family, has the common sense to exercise what he believes in, and believes and have faith on what he does for the sake of the people. The common denominator here is "People", we lead people and we must not forget that people will be the force or the demise of the organization.
(3)
Comment
(0)

SPC(P) Jay Heenan
Posted 6 y ago
MAJ (Join to see)
That is exactly how I approached completion of any assigned mission from my command team. All of my Soldiers would do what was required because they know I would be right by their side! I have even placed myself in a tasker instead of my Soldiers because I thought it important for them to see that I was willing to do the same as them.
(2)
Comment
(0)
Show More Comments
Read This Next
RallyPoint Home