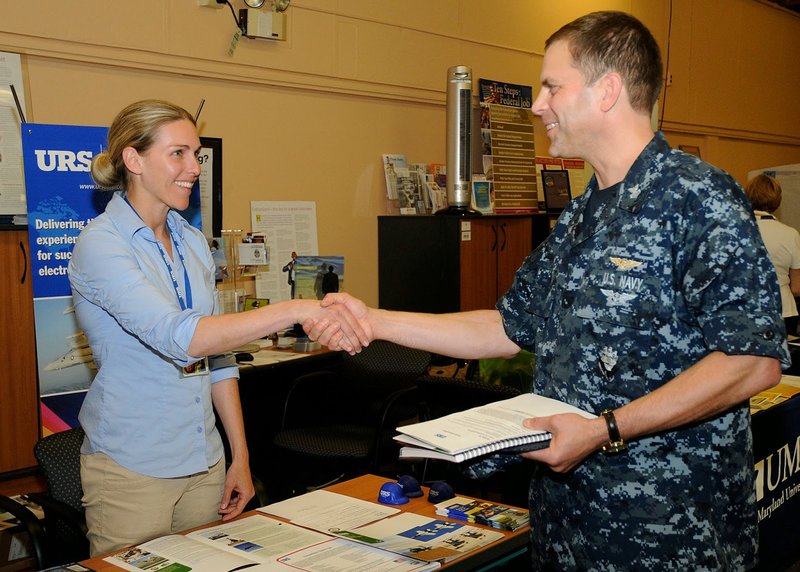 Twice a month, I have the distinct pleasure of addressing members of the military as they begin their transition into the civilian sector. Networking is one of the main topics I constantly bring up in conversations with these veterans.

Networking, networking, networking. There is no better way to successfully search for employment than using one’s network. The problem is, most military personnel don’t start the networking process until it is too late. Those who are retiring normally are better off than those who are ETSing, simply because they have been in longer and have, albeit loosely constructed, an established network. Bottom line up front: it is never too late to start networking and, in most cases, you can work backwards! In today’s employment market, more individuals secure gainful employment through networking than any other means of a job search.

Here is how it works: At company XYZ there is a staff meeting and at this staff meeting, a hiring manager from one of the sections discloses he has a position, what the skill sets are, and asks if anyone has someone who fits the need. Another staff member forwards a resume to the hiring manager. Two things are accomplished - the hiring manager has a candidate who has the skill sets and is a cultural fit for the team based on the recommendation of a colleague. Certainly the position is announced publicly, online and in the paper perhaps, but the position is already filled.

The network you need to build needs to be composed of former supervisors, subordinates, and peers, from every aspect of your career, no matter how long or short. I use my network as an example. I have two former Brigade Commanders in my network, one an MP and another a Armor (CAV) officer. I also have a General Officer in my network. I have an untold number of former peers and subordinates in my network. The reason is because each of those individuals knew me at my best and at my worst. One of the Brigade Commanders saw me analyze, design, and develop a policy for Defense Support to Civil Authorities for three states and incorporate one classified program into the unclass program to prevent spillage. All the while, we were mobilizing the initial response to Operation Enduring Freedom, Operation Noble Eagle, and eventually, Operation Iraqi Freedom. The other Brigade Commander saw my response to a subordinate who lost accountability of a classified operational plan for a theater of operations, with graphics. Not my best performance when it came to motivating subordinates. My point is, after one leaves military service, he/she reflects back on others in a different light and even the contacts that may have been less than cordial will generally be willing to help another veteran in the job search. The General Officer in my network was a former Battalion Commander who once called me on the carpet regarding how I was addressing other members of the team after what I determined to be a major integrity issue. As he was “dressing me down” I could not help but smile. When asked what was so funny, I told him if he was trying to chew my a$$, I had heard better from 2nd LT’s. That person is now one of my greatest advocates and provides great insights to me on my business development.

Comment below or start the conversation here and connect within the military community.
Posted in these groups:

SFC Stephen Hester
Posted >1 y ago
Networking is the key to success during the transition process!
(3)
Comment
(0)

MAJ Rene De La Rosa
Posted >1 y ago
I would also recommend to start reading about the industry your desire to work in. Turns out that Americans have shied away from reading, and that there is a serious dearth in new innovative thought. Think about how you would answer the following question during an interview: "What was the last book, you read, and give me a brief synopsis of the contents?"
(2)
Comment
(0)

SFC Joseph McCausland
Posted >1 y ago
"Meetup Groups" are becoming more and more popular; this is a great way to network. Do your recon..check them out and you just might make that perfect connection.
(0)
Comment
(0)
Show More Comments
Read This Next
RallyPoint Home