The long tail of the Great War: Three ways to see WWI’s lasting impact on society and military culture 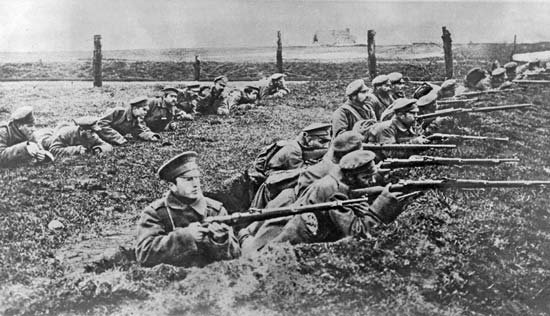 World War I is for many reasons a precedent-setting event in modern American and world history.

When hostilities break out in July 1914, the United States remained neutral, with an Army of 127,500, according to an account published by the Library of Congress. Within three years, we had declared war on Germany, and committed to send forces to fight alongside European allies. This is the first time in American history that the military is deployed abroad in defense of foreign soil, according to LOC’s “The American Expeditionary Forces.”

“By the end of the war,” the article noted, “four million men had served in the United States Army, with an additional 800,000 in other military service branches.” The United States incurred 320,000 casualties, which included 53,000 killed in action; worldwide, an estimated 8.5 million soldiers died, according to statistics compiled by Britannica.

The sheer scale of the Great War gave rise to many “firsts” — too many to recount in a blog post. Instead, to mark this year’s anniversary of the war’s start, here are three ways to see its lasting impact on society and military culture. This according to historians who spoke in 2017 and 2018 at the Kansas City, Missouri, National WWI Museum and Memorial, in symposia rebroadcast on C-SPAN.

Serving for patriotic and practical reasons. Jennifer Keene, author of “Doughboys, the Great War, and the Remaking of America,” said in her 2017 talk that WWI is when Americans articulate practical as well as patriotic reasons for military service. Many are dedicated to the cause but view service as a pathway to a better life after the war.

“What they also talk about a lot is their financial future,” Keene said, citing correspondence between a soldier and spouse. “They’re seeing the benefits that military service, and especially wartime service, will give them as a way to end the war in a higher place … on the socioeconomic ladder.”

The theme of post-war benefits resulting from service now appeared throughout WWI-era U.S. military propaganda posters, Keene said. One poster depicted a U.S. soldier on an “educational training” ladder “Gathering the Fruit” of service such as ambition, confidence and health. Another, titled “Worth Working For,” showed a soldier holding a check from the U.S. government. Other posters emphasized working toward an honorable discharge, which soldiers can use to enhance employment after the war, Keene said.

These promises are largely unfulfilled in the post-WWI period of the Great Depression, Keene said. This fuels the disillusionment that gives rise to Veterans organizing for government benefits and to the bonus marches of the 1930s.

“I think it’s hard for us to understand why this becomes such a critical thing for Veterans after the war if we don’t take into account the ways in which the government is raising these expectations as men come in,” Keene said. “And in this sense, we continue to look at military service as a way you can improve your life and end up in a better position when you leave the service.”

Agitating for civil rights. The lack of opportunity given to Black Veterans drafted into WWI sparked their activism, too, said Keene. And they don’t wait to agitate for civil rights. Most of the 350,000 African Americans drafted into WWI, some arriving in France by ocean liner, served in dockside support units as stevedores or in other noncombat roles. With notable exceptions, they are seen as laborers not soldiers, Keene said.

Experiencing racial discrimination and violence while in camps ready to deploy and when overseas, Keene said, many African Americans soldiers acted. They organized public protests against mistreatment via the media and armed themselves against racial attack from White soldiers.

“I would urge you not to think about African American Veterans waiting until they got home to participate in civil rights protest,” Keene said. “And the fact that they were behind the lines actually gave them time and ability to do this. And so, in that sense, when they come back home to civilian society, they’re ready to go.”

American pilots started to see themselves as the “knights of the air,” an image steeped in childhood storytelling and Greek and Roman mythology. He said pilots exhibited five characteristics: individualism, aggressiveness, use of heroic imagery, advocacy for technology that enhances fighter roles and protection of the fighter pilot community.

These traits are exhibited by the famous Lafayette Escadrille, a force of about 250 American pilots who volunteered to fly for France before the United States entered the war, he said.

Pilots in that force (and those in other squadrons, especially British ones) bragged about heading into German anti-aircraft fire to draw dogfights. Others exaggerated “kill counts,” which, Hankins said, “becomes a major problem” for all nations and leads to new rules for verifying who is killed in action. Case in point is that the Western Allies claimed to have shot down a total of 11,760 planes during the war, whereas the Germans recorded losing 3,000 planes on the Western Front.

Yet Hankins said WWI archival documents illustrated a paradox of fighter pilot culture — that these “knights of the air” must be unafraid or immune from the trauma of war. He said his research documented WWI pilots expressing fears of flying, having nightmares and breaking down in battle.

This contradiction is seen in the letters of Henry R. Clay, an “ace” who served with the U.S. 41st and 148th aero squadrons who is credited with eight confirmed kills in the war. Writing to his sister, Clay romanticized his experience as a pilot, boasting about heroic tales of battle.

During the same time period, Clay penned a separate letter to his younger brother, who he learned wants to enlist as a pilot. The ace instead described the horror, the danger and the death of the war. “This game of war is the greatest game of chance you ever played,” Clay wrote.

Despite these private expressions of pain, it’s the public image of the mythic WWI fighter pilot that takes hold — enduring through “Snoopy” cartoons, the 1986 movie “Top Gun” and the still-used Hat in the Ring logo that once adorned the plane of WWI “ace of aces” Eddie Rickenbacker.

View an interactive timeline at the National WWI Museum and Memorial’s website: https://rly.pt/2WqgAzT

Find source materials on WWI: https://rly.pt/3i8hMAo
Posted in these groups:

LTC Greg Henning
Posted 1 mo ago
Capt Brandon Charters Outstanding information. Plan on using this during the school year in my classes.
(10)
Comment
(0)

SSG Edward Tilton
1 mo
good for you. No one cares about that war. It brought down the dynasties
(0)
Reply
(0)

SGT Chris Padgett
Posted 1 mo ago
The world is still dealing with unresolved issues created from WWI.
The entire middle east being the biggest issue of all.
(9)
Comment
(0)

1LT William Clardy
1 mo
I'd say that the lasting legacy of Vladimir Lenin rivals the morass of the Middle East, SGT Chris Padgett. In addition to his direct heritage in the new Russian empire, there's also the PRC and the overwhelming ingestion of communist values in the NATO countries.
(0)
Reply
(0)

CPT (Join to see)
5 d
twentythree years ago, in a discussion of who should be named the "Person of the 20th Century", I proposed Karl Marx. While he didn't have much impact in the 19th Century, he left a huge impact on the 20th.
(0)
Reply
(0)