The Right Kind of Hard Work 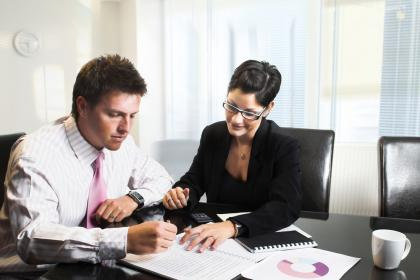 Are you actually working toward your goals, or going in the wrong direction?

I’ve interviewed dozens of veterans on what it takes to be successful. One of the things I’ve learned is that there is a fine line between taking the right path versus the wrong path. People seem to think all it takes is hard work. Hard work in the wrong direction is utterly useless. Other people seem to think that it’s just luck. I’ve never talked to a successful veteran who “got lucky”. Instead, they took consistent action in the direction of their goals.

Take Molly for instance. Molly was interested in nutrition, startups, and marketing. Molly was also a Navy Surface Warfare officer with no experience in any of those things. She networked until one conversation led her to an introduction with a startup founder of a healthy foods company who loved her passion, perseverance, and plethora of ideas on how to market his new company. He hired Molly for what was her dream job. Some people would say it was luck. But Molly put in the hard work. She worked with a coach to narrow down her passions and to direct her energy in the right direction. She talked to everyone who had a connection to the industry and pushed beyond her comfort zone to ask for more contacts to pursue. She did her homework on the job itself, reading up and thinking about how her skills fit what an employer would be looking for. She mustered the courage and confidence to convince her eventual employer that she was THE ONE for the job. That’s how she earned it.

Contrast that with another veteran. We’ll call him Joe. Joe told me he sent out resumes to hundreds of companies. He never got a response from any of them. While I applauded his hard work, I asked if he’d gotten any feedback on his resumes. None. When I suggested he start networking to find a mentor and to gain better insight into how to apply to the companies in the industries he was interested in, I never heard from Joe again. I bet Joe worked just as hard as Molly, but his search ended up fruitless.

Why did Joe fail and Molly did not when they both worked just as hard? Joe never put himself in a position to learn and improve his chances. Sending resume applications that don’t give you any feedback on why you are being rejected meant that Joe could never learn from his mistakes. Molly took calculated risks. She went out and networked. Not every conversation went well, but she could draw from each to better prepare herself for the next one. When the opportunity came, she had all the experience and knowledge of her previous conversations to help her.

Both these veterans put in the time and effort. But there is one way to do things, and a better way to do things. If you have a goal, are you working towards it in the right way? It’s important to constantly review if your actions are making a difference in your results. Otherwise, you might just be going nowhere at all.

Read more about Molly’s story: http://www.successvets.com/2014/11/09/molly-laufer-how-she-started-her-career-in-a-totally-different-industry-after-the-military/
Posted in these groups:

Capt Seid Waddell
Posted 7 y ago
It has been my personal experience that it is easier to get a start-up to take a chance on you than a larger more established company.

The larger the company the more they rely on education and a track record; the smaller start-ups look for aptitude and dedication.
(1)
Comment
(0)

Capt Seid Waddell
7 y
PO1 Tony Holland, that is a shame. Perhaps that would not be a good place for old hands to look for work.
(0)
Reply
(0)

LCDR (Join to see)
Posted 7 y ago
I think it is very important for you to get into an industry that you are interested in, can grow in, and will make you happy. Most people think aptitude testing is for kids but I also recommend it for transitioning military, I think it would help you find the right field. I know TAP offers a test but this one is much more involved.

SPC David Hannaman
Posted 7 y ago
"Even if you are on the right track, you'll get run over if you just sit there."
~ Will Rodgers

The quote is a bit misleading though... you've got to be going the right direction too.

Sometimes Abe Lincoln said it better:
"Give me six hours to chop down a tree and I will spend the first four sharpening the axe.
(1)
Comment
(0)
Read This Next
RallyPoint Home