The State of Women Veterans Today 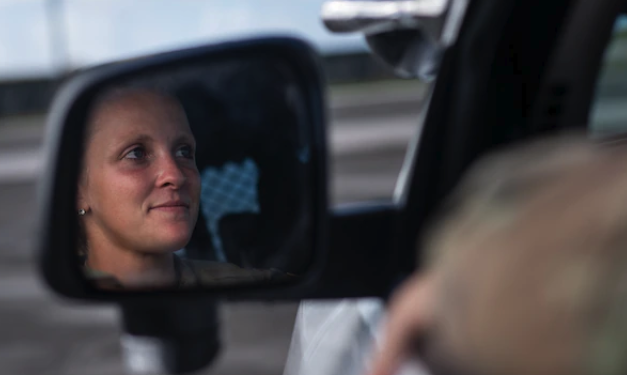 Women are currently the fastest growing sub-population of today’s greater veteran community. To put it in perspective, while the total percentage of all veterans in the United States is declining, the percentage of women veterans within that number is growing. This means the veteran population of tomorrow will look very different that it does today. We’re only staring to understand how this change will present different challenges that we haven’t previously seen.

We need to be prepared both as a community of veterans in Rally Point, and as a country, to understand, and have meaningful conversations about what it means to be a woman veteran in today’s society. Furthermore, Federal, state, and local communities need to better understand the impact presented by this new veteran landscape.

For perspective, women veterans outpace their peers in just about any demographic currently measured. When compared to both non-veteran women, and male veteran peers, women veterans show up very differently. Statistics related specifically to women veterans still do not receive the attention needed for long term success after military service.

After separating or retiring from the service, data is proving that women veterans experience trends unlike veterans of any other service era. Women veterans earn money than non-veteran women, work in higher levels of management and earn more college degrees. In this respect, our statistics are surprisingly high.

But these high statistics don’t stop there, compared to male veterans and non-veteran women, women veterans also lead in almost every negative demographic.

After service, women veterans overwhelmingly diverge into 2 extremely disparate groups, those that are very successful, and those that face challenges unlike any other veteran population in our nation’s history. If we don’t address this issue now, and have meaningful conversations, the problem will become harder and harder to address.

However, there are many other women veterans we don’t see. And this makes it more difficult to understand the challenges they currently face. Women veterans have greater chance of becoming homeless compared to their male veteran counterparts. Adding to the problem, many are “couch surfing”, technically homeless, but moving from one friend’s home to another. Big picture, this hides the true nature of the problem, and makes it harder to quantify it as a true issue.

Compared to non-veteran women, women veterans are almost twice as likely to be divorced, and three times more likely to be a victim of intimate partner violence.

Finally, 1 in 5 women report having been a victim of Military Sexual Trauma. Based on a recent DoD report, this statistic appears to be climbing.

Here’s the most critical point - most women veterans face not one, but multiple negative trends, creating an exponential impact. This creates a stew like situation, making it increasingly harder to address. To be effective at addressing these situations, we need to get in front of the root cause, and focus on prevention rather than response.

Support from the Rally Point community critical. As veterans, we’re used to leading the way, and setting a standard higher than the rest of society. We can all be advocates for initiatives and programs supporting women veterans. When our community starts seeing women veterans as a significant sub-population of our veteran cohort, we will be better prepared for the next steps. Whether it’s reaching out one-on-one in your local community or via Rally Point, or supporting a larger initiative, we all will play a role in developing the future of the veteran community.
Posted in these groups:

Lt Col Charlie Brown
Posted 6 mo ago
I have been working with some homeless women veterans as well as some who have ended up in veterans' courts.
There are a number of resources but unfortunately, getting the word out seems to be difficult

Lt Col (Join to see)
6 mo
Absolutely agree. As a community, I think we all need to take advantage of any opportunity to amplify this message. Thanks for all you do to support homeless women veterans!
(3)
Reply
(0)

SGT Lorenzo Nieto
6 mo
Thank you for your story, women who served should get the same respect as me if not more, at one time in the history of this country they were left behind to work in the home, when there county called they stepped up and served in more than one way I guess sometimes we as men don’t see it that way, hats off to The Who served in and outside of the home.
(1)
Reply
(0)

SGT (Join to see)
Posted 5 mo ago
this statement " 1 in 5 women report having been a victim of Military Sexual Trauma". Is extremely low. A lot is going to have to change in the executive suites as women veterans are getting shortchanged. I've seen my local VA run off two very good female providers. Support groups for female veterans don't exist. It took me 5 years of lobbying to get a support group for LGBT veterans. Then Covid happened and everything went out the door. Instead of taking care of the people they are supposed to they abdicated their responsibility for care. The VA ignored its at risk populations and that cost the life of a female Vet that I knew who took her own life.

The VA has to become more accessible to those it serves. This 0845 to 1645 has to go out the door. The VA needs longer hours . How does a woman with a family and job supposed to find time for a support group. Its time for the VA to rethink how it provides care. BTW this telehealth may be fine for young folks but old folks either don't have computers, don't understand how to use them or like myself would rather have face to face meetings. I mean who wants to discuss intimate issues, feelings, fear or other issues over such insecure platforms as Zoom, Duo or Facebook. I've talked many times with folks at my VA and these folks are at home. They have me on a speaker and you can hear the kids and everyone else in the background so how is this information private. I mean how many people are listening in and just how secure is their computer and connection.

There is a lot of work that needs to be done and until the Old Boys Club is done away with nothing will happen.
(5)
Comment
(0)

Lt Col (Join to see)
5 mo
SGT (Join to see) many great points! And I didn’t even consider how the “normal working hours” of the VA could be a greater barrier for women. For single parents that are veterans, this number is largely women vs men. Since women vets are most likely to be a single parent than a male vet, I think there are a few secondary issues we need to start considering. I can see how limited hours for primary care would be a huge barrier for single partners in general.
(1)
Reply
(0)

SGT (Join to see)
5 mo
Lt Col (Join to see) - There is a lot to be done. There is also a lot of stonewalling from the executive suite and department heads. Took me 5 years to get a LGBT support group authorized. Quite frankly there are many LGBT Vets who have walked away form the VA due to the treatment they received from the VA. Uncalled for. The lack of women support groups are also troubling. Lives are being lost because the VA is failing at their mission.
(0)
Reply
(0)

Maj Alea Nadeem
Posted 6 mo ago
Lt Col (Join to see) thank you for highlighting that women serving in our military is only increasing and how we need to start looking at what the veteran woman will look like post service and how we can try and get after these issues early.
(4)
Comment
(0)

Lt Col (Join to see)
6 mo
Thank you so much Maj Alea Nadeem ! I appreciate all you do day-to-day for our members currently serving!
(1)
Reply
(0)
Show More Comments
Read This Next
RallyPoint Home