VetSpective: To Renew Our Nation — More Military Parades, Not Fewer 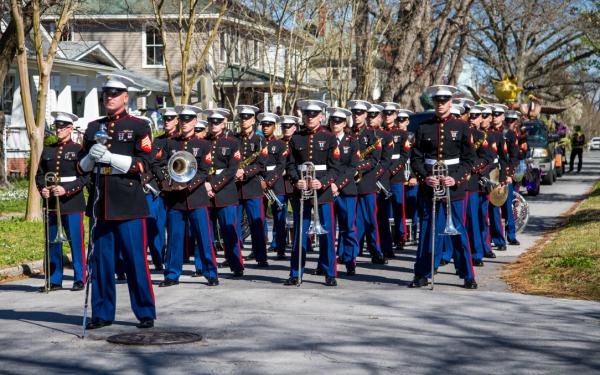 Mark me down. I am in favor of more military parades — not fewer.

Now, don’t get me wrong. I’m not the biggest fan of participating in military parades. As a West Point graduate and former military officer, I’ve been in my fair share of parades and ceremonies. So, to my brethren who would theoretically have to bear the burden of the perspective I am advancing, I apologize.

However, this is not theoretical. President Trump recently directed the Department of Defense to conduct a parade, which will occur in Washington DC on November 11th, 2018 — Veterans Day.

Many have criticized this idea, arguing that military parades reflect the proclivities of a dictator and the trappings of an authoritarian nation. But this analysis fails to contemplate one crucial difference: What our military is dedicated to protecting — the “self-evident,” democratic ideals of equality, freedom, and liberty that are the very essence of our nation.

And no American leader has expressed this essential insight better than President Abraham Lincoln.

On November 19th, 1863, President Lincoln gave a speech that we now know today as the Gettysburg Address. Lincoln’s oratory on that day — only 273 words in length — was delivered at the dedication of the Gettysburg Cemetery of Pennsylvania — not more than four months after one of the bloodiest and most decisive battles of the Civil War in which 23,000 Union and 28,000 Confederate gave their last full measure. A speech that also asserted a radical concept for the time: the Declaration of Independence — not the Constitution — was the Founders’ true expression of their intent and vision for the new nation.

“Four score and seven years ago our fathers brought forth on this continent, a new nation, conceived in Liberty, and dedicated to the proposition that all men are created equal. Now we are engaged in a great civil war, testing whether that nation, or any nation so conceived and so dedicated, can long endure.”


On the blood-soaked battlefield of Gettysburg, Lincoln argued that it was up to the living to re-dedicate themselves to essence of our nation’s founding:

“The world will little note, nor long remember what we say here, but it can never forget what they did here. It is for us the living, rather, to be dedicated here to the unfinished work which they who fought here have thus far so nobly advanced. It is rather for us to be here dedicated to the great task remaining before us-that from these honored dead we take increased devotion to that cause for which they gave the last full measure of devotion-that we here highly resolve that these dead shall not have died in vain…”

And, certainly, we can achieve much of this through remembrances at our military cemeteries — these heroic monuments of honor, dedication, and selfless service to our nation.

But, as Lincoln admonished us, it is up to us — the living — to actively carry forward the ideals of those who gave their last full measure of devotion in the noble pursuit of protecting the idea that which is our nation.

Military parades can be these living monuments.

From the streamers on the service flags — a testament to the democratic origins of our nation as well as our nation’s commitment to the cause of freedom in such far-flung places as: Lexington to Ticonderoga, Antietam to Appomattox, Somme to Meuse-Argonne, Guadalcanal to Normandy, Kuwait to Kosovo, Afghanistan to Iraq.

To the uniforms — both a reminder of the American people who the military serves as well as a homage to those who came before us.

These can help renew a nation.

The military and our nation’s history can serve as a touchstone for where we have been and can help rededicate ourselves to the essential spirit of our nation’s founding, connect us to those who came before, and serve as our azimuth in turbulent times — just as it was for Lincoln.

I believe military parades can do this and perhaps one more thing we desperately need in our time — reflected in Lincoln’s hope for the future at the end of his meditation at Gettysburg:

“…that this nation, under God, shall have a new birth of freedom-and that government of the people, by the people, for the people shall not perish from the earth.”

Let us — the living — not only contemplate Lincoln’s profound words within the context of his time. But let us also actively pursue them in our time.

Our military and its Veterans.

Alex Gallo is the author of VetSpective and a Veteran.
Posted in these groups:

SSG Jessica Bautista
Edited >1 y ago
Posted >1 y ago
It speaks to the moral bankruptcy of our leaders when the programs that protect the most vulnerable in our country are gleefully defunded in the name of corporate tax cuts while simultaneously raining money on a grandiose display to pander to a small demographic that is frequently used as a political shield. This same group averages, what, 22 suicides a day? How many of this demographic are homeless? Prior to this year, we already had parades. Were these parades lacking? Everywhere you go, more often than not, people seem to feel almost obligated to thank you for your service. How much more pageantry do you need?
(35)
Comment
(0)
show previous comments

SGT Keith Tyler
>1 y
I don't think we are lacking in Military Parades but I'm not opposed to more however the push back on Trump's parade was because it was about him and not the military. After the push back it was moved to Veteran's Day. I've been thanked for my service and called a traitor in the same conversation by flag pin patriots because I wouldn't tow the party line.
(0)
Reply
(0)

SFC Melvin Brandenburg
1 y
I think people like parades and they do inspire. I think we need to inspire more people to military service. What greater service to each other as citizens could there be than to pledge one's life in their protection and service? It matters not whom the president may be.
(0)
Reply
(0)

SFC Melvin Brandenburg
1 y
PO2 Rev. Frederick C. Mullis, AFI, CFM if I could vote you up more than once I would. Very well said.
(1)
Reply
(0)

PO2 Rev. Frederick C. Mullis, AFI, CFM
1 y
Well I hope those who were throwing all the sour grapes before saw the Celebration of Independence for our Republic that our President put on. It was fantastic, even though the Lefy Wing socialist kissing Media choose not to cover it. Look at the pictures, Patriotic Americans came out in the tens and hundreds of thousands to be part of it to see the few tanks, watch the B2 and the Blue's fly over the Lincoln Memorial and just be part of our Republic's celebration of Freedom. Those nay-sayers who were crying and bitching so loudly have the right to do so because they live in that very same Republic where Patriots fought and dies for those rights now we have socialists in Congress who want to make our Republic like Venezuela and Cuba and every other broken down failed third-world country. GOD BLESS AMERICA! may she be strong for another 250 years!
(0)
Reply
(0)

LT Brad McInnis
Posted >1 y ago
I absolutely hated drill and parades at USNA. Family and friends loved it.... they never understood why I hated it. Then, I went to a few parades as a spectator, and I realized the difference. There is a pageantry and spectacle to parades that stirs people. I saw the wide eyed wonder in the eyes of children, and then it hit me, that there is a duty to do these things. Much like small town parades. If, in this time of not enough young Americans enlisting, then parades may be a good idea. Really liked your Lincoln tie in, never really thought about that before...
(30)
Comment
(0)

SGT Randall Smith
2 y
Hated giving up part of my Saturday time for parades. Then we would stand around waiting or listening to talks we didn't care about. BUT, when the band started and we stepped off you stood a little straighter and marched proudly.
(5)
Reply
(0)

Sgt Jon Mcvay
2 y
I disliked liked winded Generals while standing at attention. Still today Sam Sosa music is still in my head. My wife says I hum it when I am upset. Drill was my very favorite part of the military. Parades are like drill on your first day of learning, out of step, relaxed, and no one yelling at you only members of the community cheering you on. Giving you the respect that you have already earned.
(4)
Reply
(0)

SGT Ronald Audas
2 y
During AIT,I was invited to participate in a parade in downtown Dallas.Yes we waited and listened to speakers,but when we started to march,all the hours of drill took on a new meaning.Cadence,uniform,being a member of a team seemed to be magnified.It was a special day for a young private.
(5)
Reply
(0)

Capt George Kent Brashear
2 y
During my early career I was an Air Force trumpet player. My job was band. Every afternoon we formed up and marched to the headquarters building to play retreat. Then there were the formal parades. Love those parades.
(0)
Reply
(0)

Sgt (Join to see)
Edited >1 y ago
Posted >1 y ago
CPT Alex Gallo When I go to the local Veteran's Day Parade each year, I see fire trucks, veterans on motorcycles and old cars, a lot of boy scout and girl scout troops, but very few military bands or military units. I would love to see more military units represented in our parades.
(25)
Comment
(0)
show previous comments

SPC Dave Loeffler
2 y
Went to a veteran's day parade in Reno, my Father in law a WWII marine had his marine ball cap on. The marine unit in the Parade as it came up on him they saluted him and came and shook his hand. That was a true sign of respect.
(1)
Reply
(0)

Sgt (Join to see)
2 y
SPC Dave Loeffler - I agree with you about being thanked for your service. I was asked how many babies had I killed, and was also told to repent for my sins.
(0)
Reply
(0)

Sgt (Join to see)
2 y
SPC Dave Loeffler - I am happy to hear that your Father In law was honored for his service.
(0)
Reply
(0)